A warbird, a fast piston and a twin

Today was another fantastic flying day in Wellington. I didn't get to go up, but I did get to watch other people doing their thing.

The following pictures are of some of the more interesting aircraft I saw today. Top to bottom are: 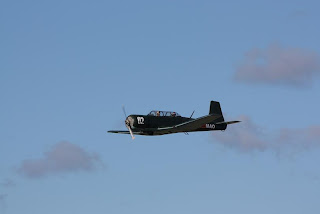 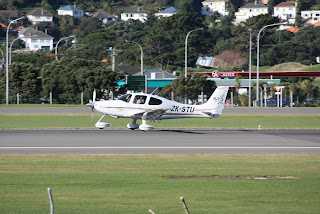 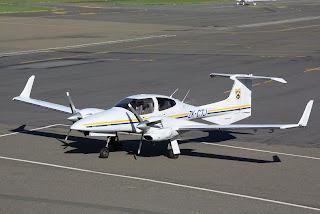 I had the pleasure of another local flight today.

The day dawned clear with fairly little wind, although it turned out that there was a bit of wind up top and a fair crosswind. This looked likely to put a damper on things, such that I ended up cancelling the flight for a couple of passengers.

As with all things meteorological, it's not quite that simple, and about 15 minutes after cancelling the passengers, I was cleared to get the aircraft [Cessna 172N, ZK-ELF] and go. Soon after, Andrew [another club member] and I were in the aircraft and ready to go.

Unlike last time, there was absolutely no wait at the holding point - as soon as I called ready, I was cleared for takeoff. There was only a minor crosswind so that was easy [phew!]. We carried out the Karori Departure procedure, then flew up the coastline to Mana Island, followed by a play around in the Hutt Valley, then returned to Wellington.

Getting back in was a bit of drama, with light aircraft in the circuit, the local rescue helicopter departing, along with other IFR and VFR aircraft, a couple of VFR arrivals, several IFR arrivals, a runway change, a B1900 conducting a missed approach from short final [caused by windshear]. The controllers were well and truly on to it - everything seemed to go very smoothly. 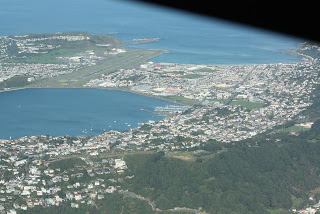 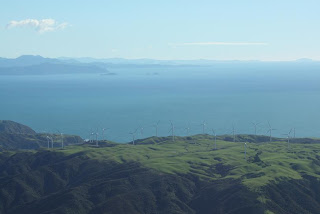 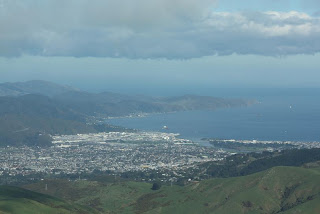 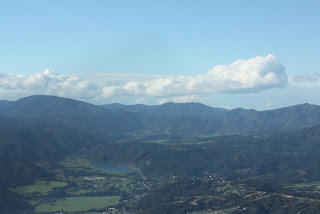 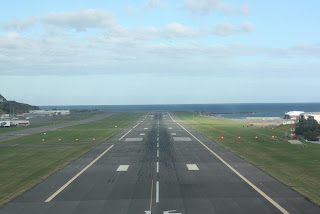 A quick flight at the end of a lovely day

Late yesterday, having decided that the past couple of weeks had not been too much fun, I managed to get a booking in the Club's current Cessna 172N, ZK-ELF.

Quite surprisingly, the weather was fine, even though it had a whole day to turn a wee bit nasty after I made the booking :-), so I was all on for the flight. Andrew [another Club member] came up, and it was he who took the photos on my camera.
Very rarely do we get such smooth flying conditions. Winds were around the 3-4 knots on the ground [and straight down the runway] and even the 2000' wind was only around 11 knots. Needless to say, there was not a bump the entire flight.
The pictures pretty much speak for themselves. The first is just south of the Petone foreshore looking north. The second is centred on Avalon [the tower near the middle of the picture]. Next is Whitemans Valley looking north-east.
Following these are 2 photos from the Petone foreshore looking south then southwest across the harbour to the city. Even the darker clouds amounted to nothing. Look how smooth that water is! Perfect! The final picture is the "new" club hanger at the end of the flight. 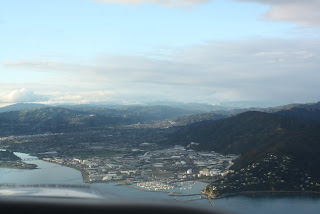 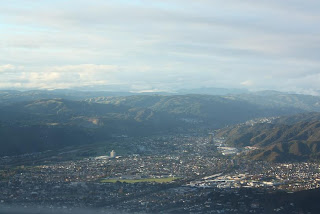 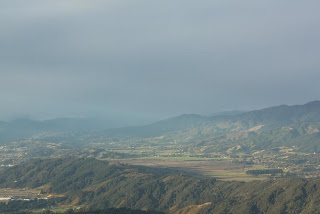 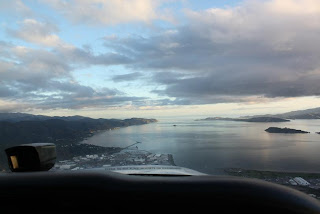 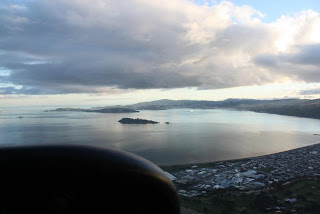 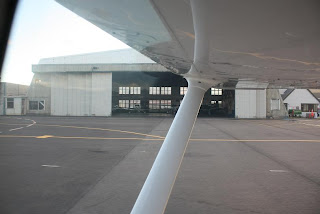 The cause of a minor schism :-)

Today's airliner picture is of an aircraft that seems to have caused a wee bit of comment in Australia, and perhaps a wee bit of humour here in New Zealand.

You may know that the Rugby World Cup is coming to New Zealand later this year. New Zealand and Australia are keen sporting rivals at the best of times, and more-so with an event like this.

It had to end up including the airlines... Air New Zealand has it's all-black Airbus A320, and now Qantas has got in on the act with a specially decorated Boeing B737-838, ZK-ZQF, registered to one of their el-cheapo subsidiaries, Jetconnect. Here's where it gets interesting...

Oh well, here's the picture. Any of my Aussie readers wish to comment? 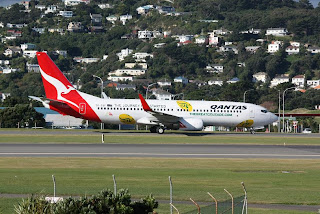 Nanchang CJ6 in the news

The Nanchang CJ6, ZK-MAO, and registered to Wellington Aero Club has been in the news recently, with a writeup in the Dompost/ Stuff website. It's a good writeup, and includes some photos and inflight video.

In the immortal words of the great Karl Zimmerman:

"There was not much happening around Wellington today, but I did manage to get these photos" :-)

Thanks Karl - how did you know what I was going to write?

Unfortunately, he is right of course. Wellington Airport is a dead boring location on a weekend when the weather is bad - in this case, the wind and cloud was an issue, so no Club flying. 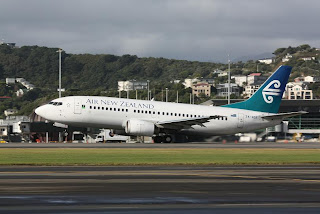 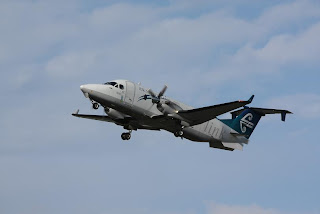 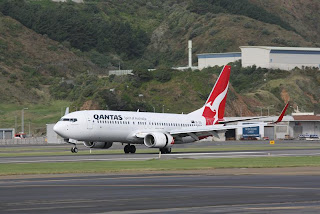 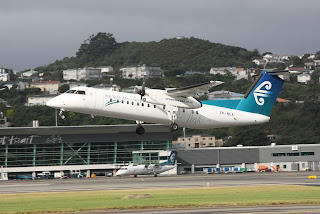 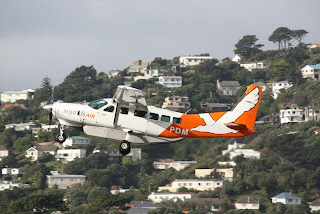 This post is a little different from the usual here, but it is so different I thought I would share it with you...

Below is a YouTube video that was shared with me recently of Knuffingen Airport, claiming to be the world's largest model airport/ railway. Apparently, it is built at a 100:1 scale and is pretty much fully functioning... yep!

The video only shows the airport part of the model, so I'd be at a loss to guess how big the entire place is!

This link [click here] is to the news article where I first saw this, with the video embedded below.

A little challenge for me...

I've been thinking about a little challenge for me lately.
What I am after is a type rating in a single seater!
It would need to be tricycle gear [I have no tail-dragger time], and I have ratings in various 2 and 4 seat aircraft.
So... does anyone have any suggestions? In particular, do you have any contacts who have a good machine and an instructor, who would be prepared to entertain a type rating by a reasonably experienced, very careful and cautious PPL :-)? Leave me a comment, or better still email me directly [blogrequests@flying.geek.nz].
I'm based in Wellington, but can travel to any reasonably convenient location.
Many thanks for your help!
Rodney
Posted by Rodney at Sunday, May 01, 2011 4 comments:

Email ThisBlogThis!Share to TwitterShare to FacebookShare to Pinterest
Labels: The Blogger's Request

Today's visitor to Wellington and the Wellington Aero Club was this Canterbury Aero Club Piper PA28-181, ZK-LJC. This aircraft has an Avidyne FlightMax Entegra panel. Nice!

Thanks to J for showing me around the cockpit before he left for Christchurch.

Pictures are outside of ZK-LJC, followed by the panel, and the left then right hand panels. 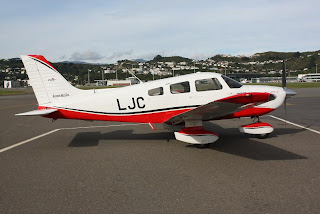 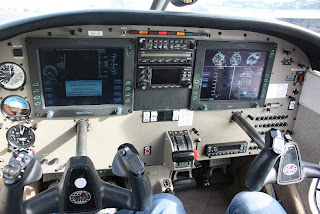 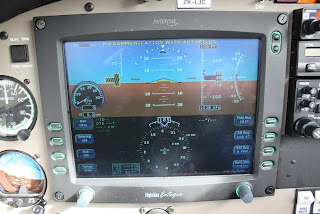 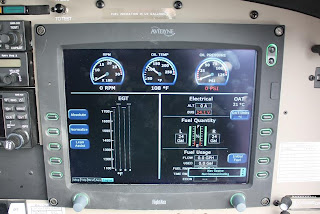