A departure from Omaka

This brief video is of a recent departure from Omaka, runway 12. The video then heads out over the Watertank and Ponds reporting points.

Unfortunately, the camera then stopped working, so I don't have the Cook Strait crossing or the arrival into Wellington.

The video is sped up to 3 times normal speed so that it's not too boring :-)

I was at Wellington Airport today and saw this USAF-operated Boeing C-40B/ B737-7CP, registration 01-0015, parked across on the RNZAF Air Movements Base apron.

I recently had a brief visit to Auckland. A delayed flight home meant leaving as it started to get dark, and not having my main camera meant that the photos are a wee bit rubbish, but interesting none the less.

First up is the rather different looking, but nonetheless, Air NZ operated, Boeing 777-212/ER, ZK-OKI [ex 9V-SVL]. This has been dry hired from Singapore Airlines by Air NZ to help cover the downtime on their Boeing 787-9 Dreamliners.


Next is a general view of part of the international apron at Auckland International. It;s a busy place on a Tuesday evening.

This is the view of part of Manukau just after takeoff from runway 05R. I was in seat 27F, hence the relatively unobstructed view of the ground. The takeoff was slightly interesting, in that we used full length for the takeoff - not something I recall having on a domestic sector from Auckland before. 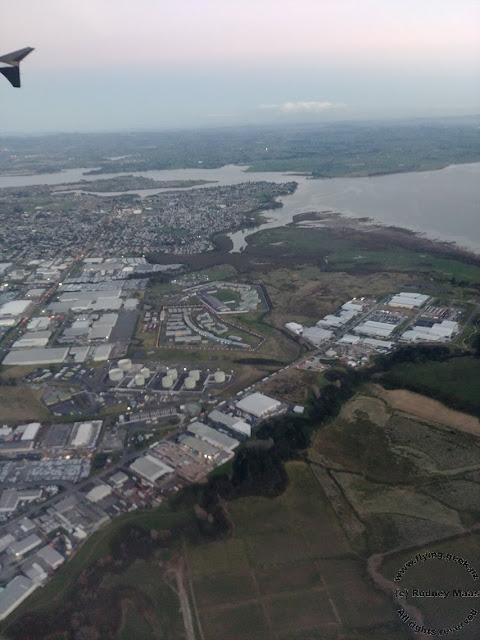 After takeoff, we climbed up almost as far as Ardmore Airfield before turning right to fly past Auckland again. This provided a reasonable view of the airport and surrounds in the rapidly fading light.


This last photo is a shot I got as we descended towards Wellington [we were over Cook Strait at the time]. The bright light is a wingtip light... with a bit of practice, I think I could have gotten a better picture. Oh well! Certainly not much to see at that time of night. 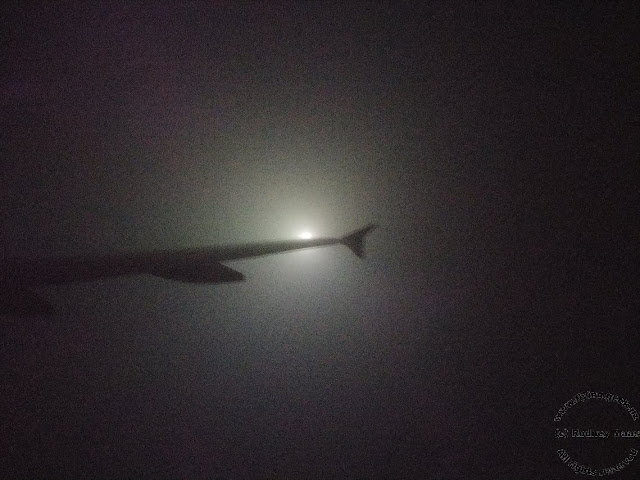