After several days of great weather, today was still fine, albeit with a wee bit of cloud around. I wasn't flying, but I was around to see Wellington Aero Club beat out target hours for the month - one of the biggest results in well over a year which is good to see! The hours target for next month will be even higher, so we'll be working hard to beat that also

Commercial aircraft caught in the act of committing aviation are as follows.

Another photo of Airbus A320-232, VH-VGF, registered to Jetstar

Here are some additional pictures I have been sent from yesterday's big daytime flight. Many thanks to Amy for sending these through! 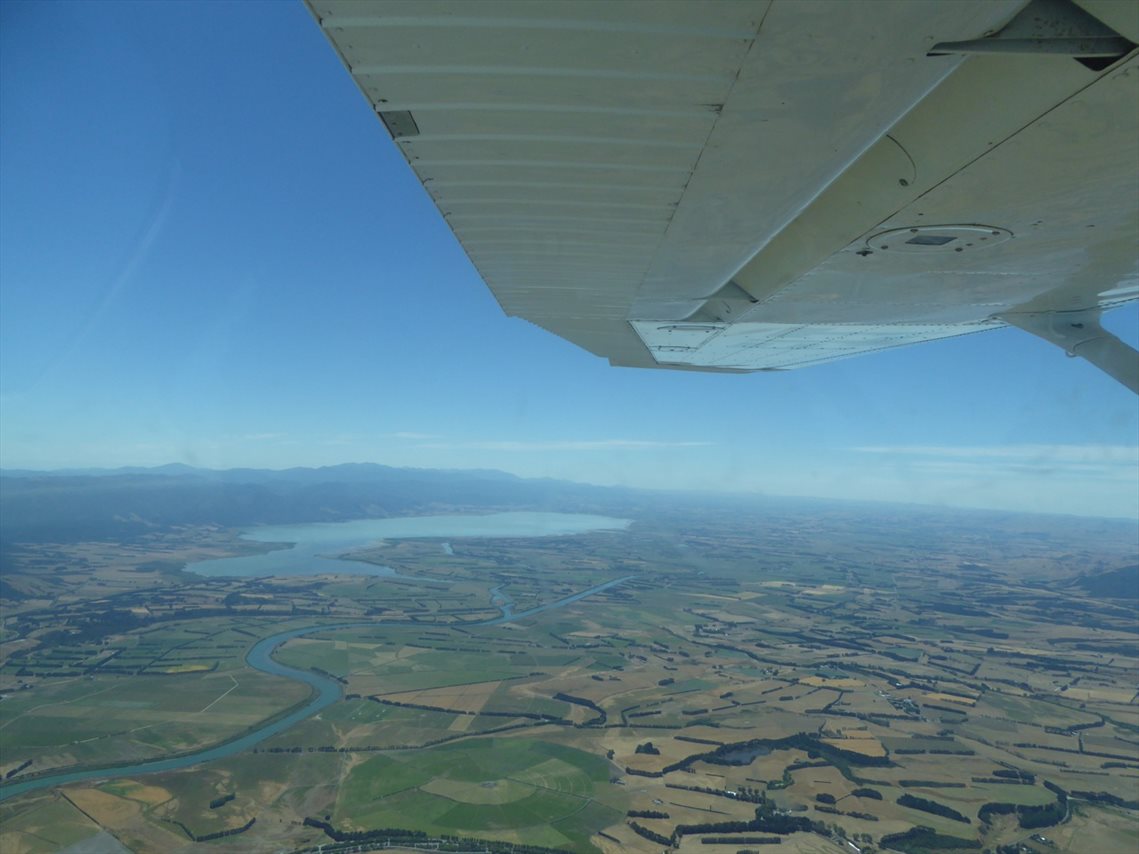 Flying over the Southern Wairarapa area at about 4,500', looking north. that is Lake Wairarapa in the middle 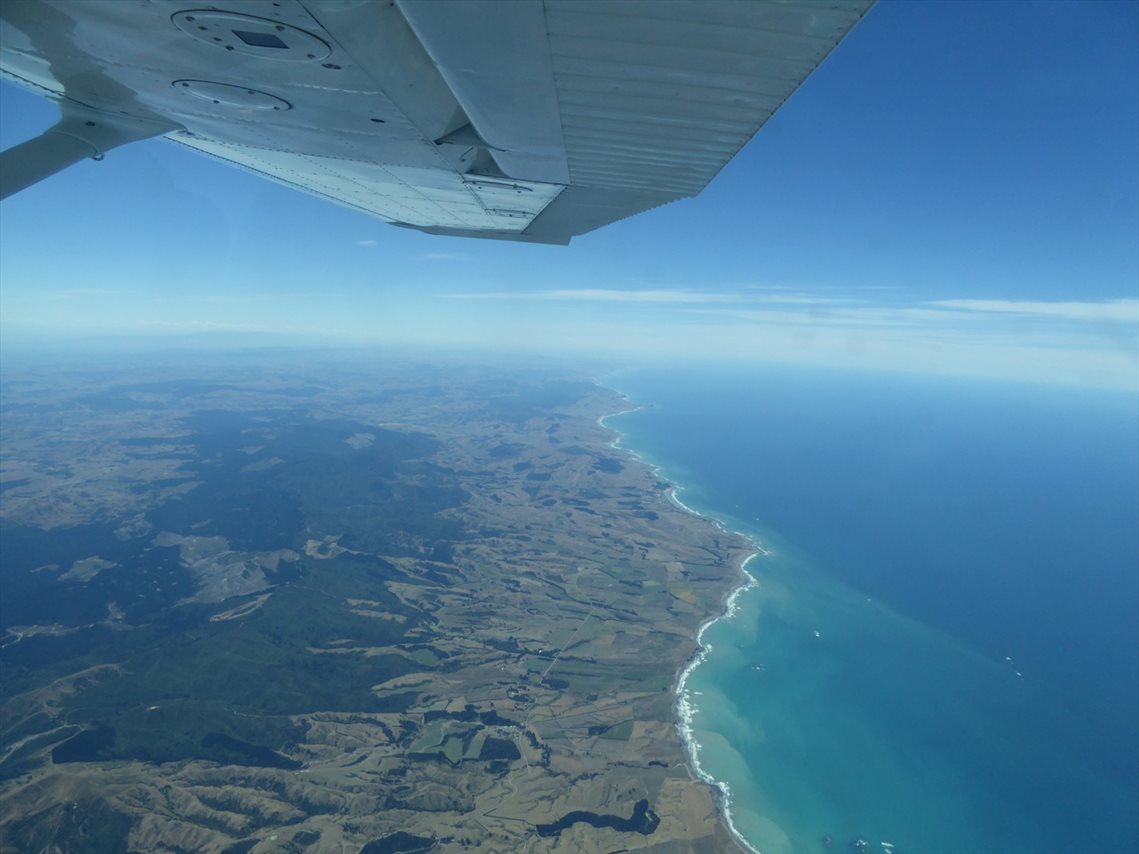 Over the east cost of the North Island, again looking north. 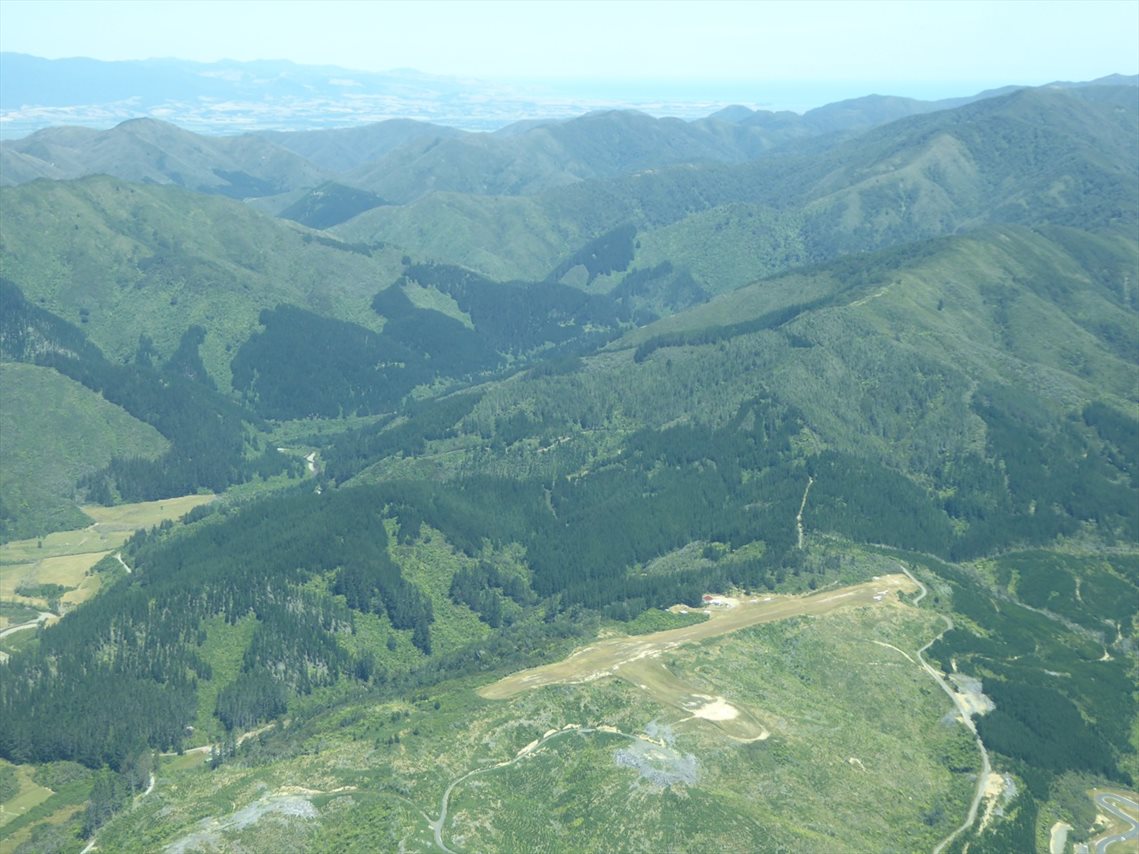 Northern end of the Hutt Valley with Kaitoke Airstrip in the foreground, and a glimpse through to the Southern Wairarapa area in the background.
Posted by Rodney at Sunday, January 25, 2015 No comments:

Today was one of the magic days that just screams out for a flight! No cloud, fairly gentle breezes and very hot.

Today's flight was in the Aero Club's Cessna 172N, ZK-FLT and three of us flew out of Wellington, across to the East Coast of the North Island, climbing to 13,000' on the way across. the views were awesome - we could see all the way up to Mt Ruapehu and despite a breeze of up to 20 knots at 2000', there was virtually no turbulence, even close to hills, except perhaps on the way back down the Hutt Valley.

It is fair to say that taking off with 120 litres of fuel, 3 people and at least 24 degrees meant that the aircraft struggled through those last 3,000' but we made it!

Photos from this flights are from Andrew. Thanks! 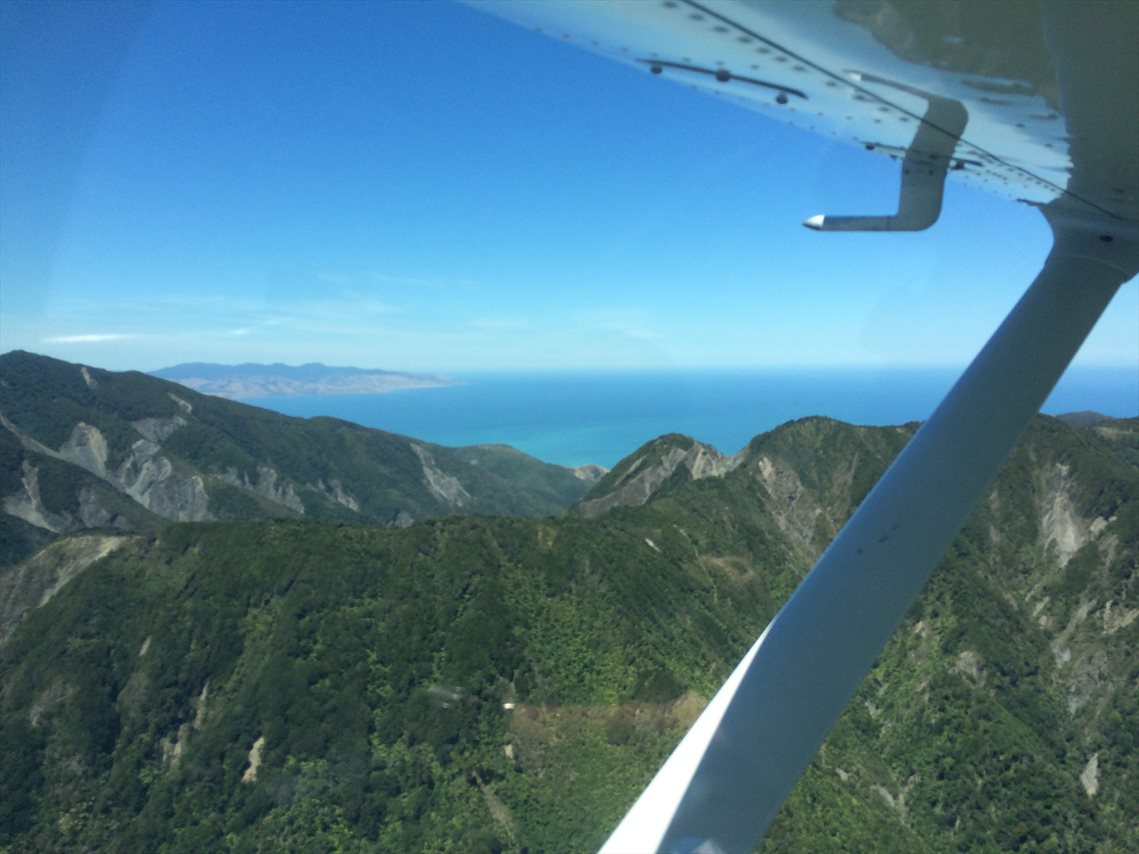 Crossing the Rimutaka Ranges at about Mt Matthews 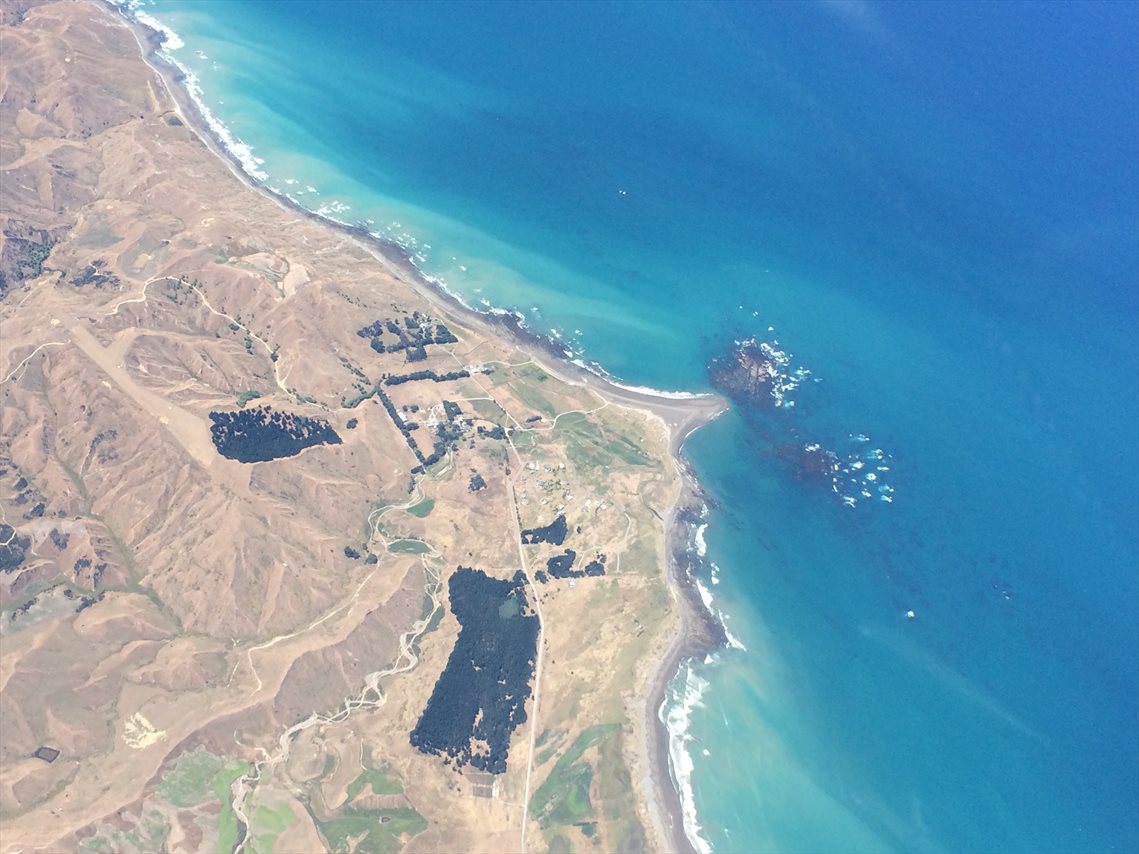 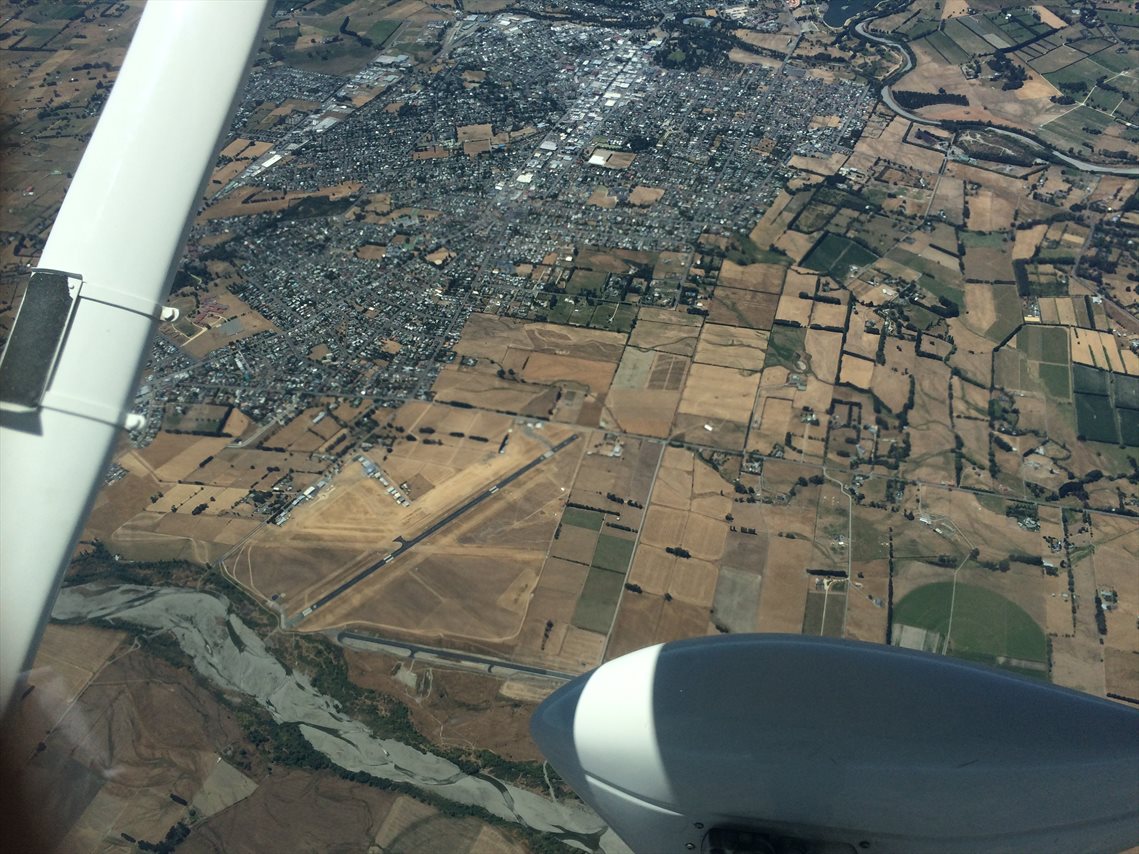 Masterton airfield [NZMS] from 9,500'. The full size image is very interesting - it should pockets of haze that make the photo look fuzzy, but other parts which are very sharp. 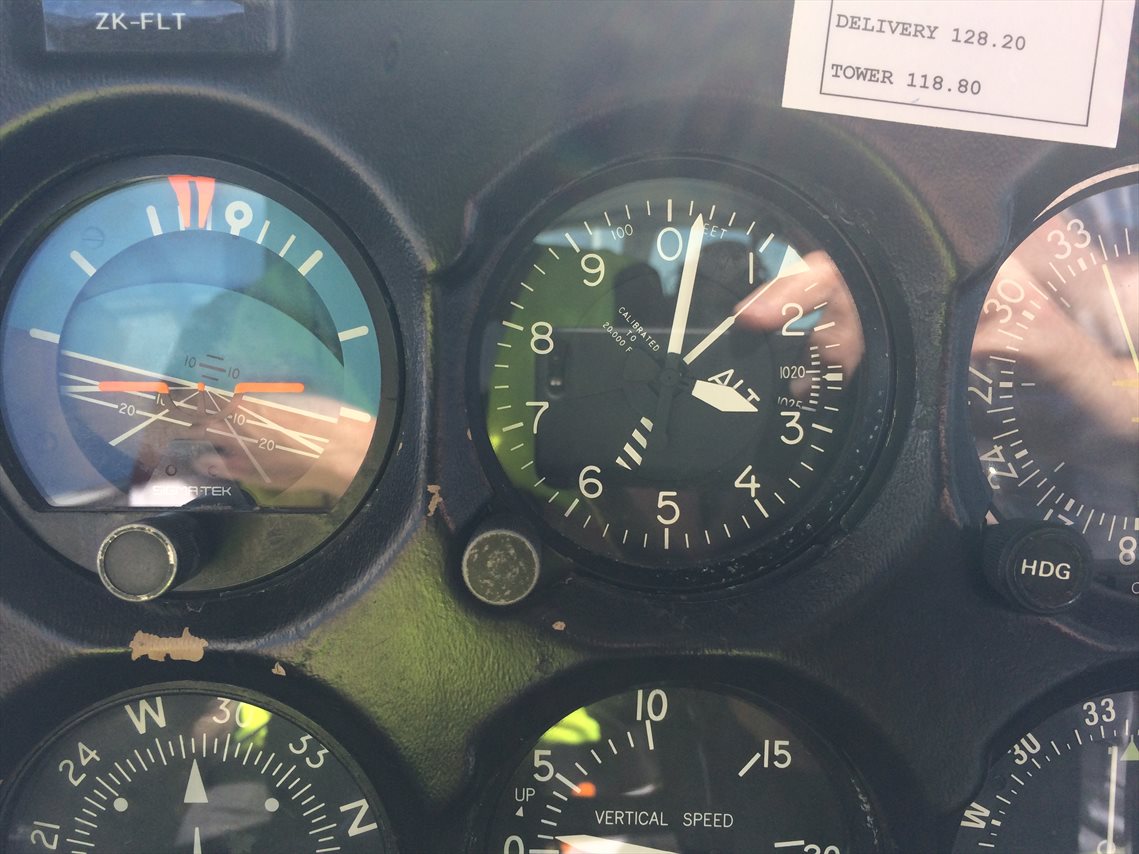 Lastly, why it is not over yet? Well, I'm flying again tonight. My budget is taking a hit, but I do want to keep current at night, so today is too good an opportunity to pass over!
Posted by Rodney at Saturday, January 24, 2015 1 comment:

Vans RV12, ZK-JRV is registered to a North Shore address.

Fairchild SA227-AC Metroliner, ZK-POB, is registered to Airwork Flight Operations of Auckland and is operated as an air ambulance.

Fokker F27 Mk 50 [aka F50], VH-FKO is registered to Alliance Airlines, and as previously reported has the contract for Tauck Tours flights in New Zealand.
Posted by Rodney at Saturday, January 24, 2015 No comments:

After the hectic activities of the past few days, I've now got just a few "random" pictures left to show. The first two are from Masterton, the last from Wellington.

Piper PA28-161, ZK-MBG, is operated by Wellington Aero Club [WAC]. This aircraft was at Masterton on display at the WAC stand and is the reason a couple of us drive over to Masterton on Monday evening.

Cessna T182T, ZK-ZZR is registered to Izard Pacific Aviation of a Taupo address.

Last up is a Boeing 737-8FE, ZK-PBF, of Virgin Australia Airlines (NZ) Ltd landing at Wellington. This aircraft carries the Virgin Samoa/ Airline of Samoa titles, including the custom engine cowling design. Nice!

I had reason to drive back to Masterton airfield yesterday evening and while there, I got to see this beautiful de Havilland DH82A Tiger Moth, ZK-ANL!

I think you'll see form the photos that this aircraft is in great condition, having been refurbished/ restored within the last 12 months or so, and is New Zealand's only spray-equipped Tiger [all of the spray gear was in a trailer].

Many thanks to Wayne for telling me a bit about the aircraft's history. I am trying to find a comprehensive web-based history of this machine, so if you know of one, please send me the link :-) 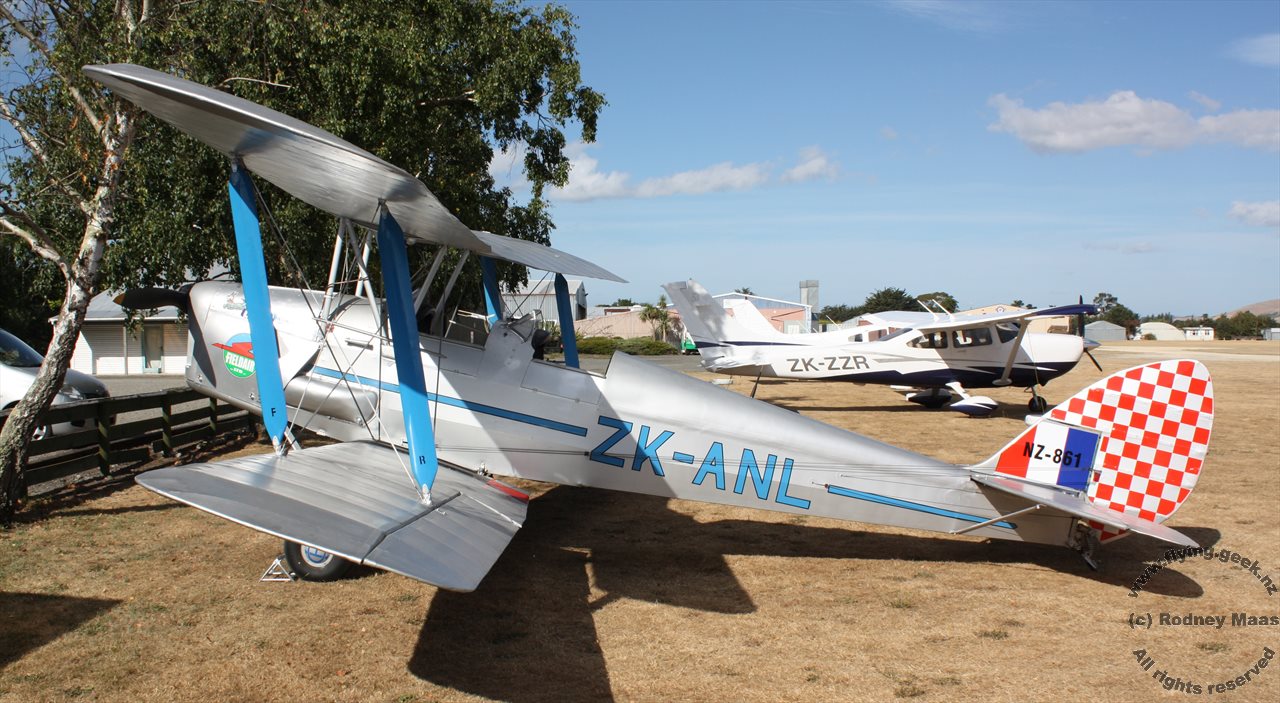 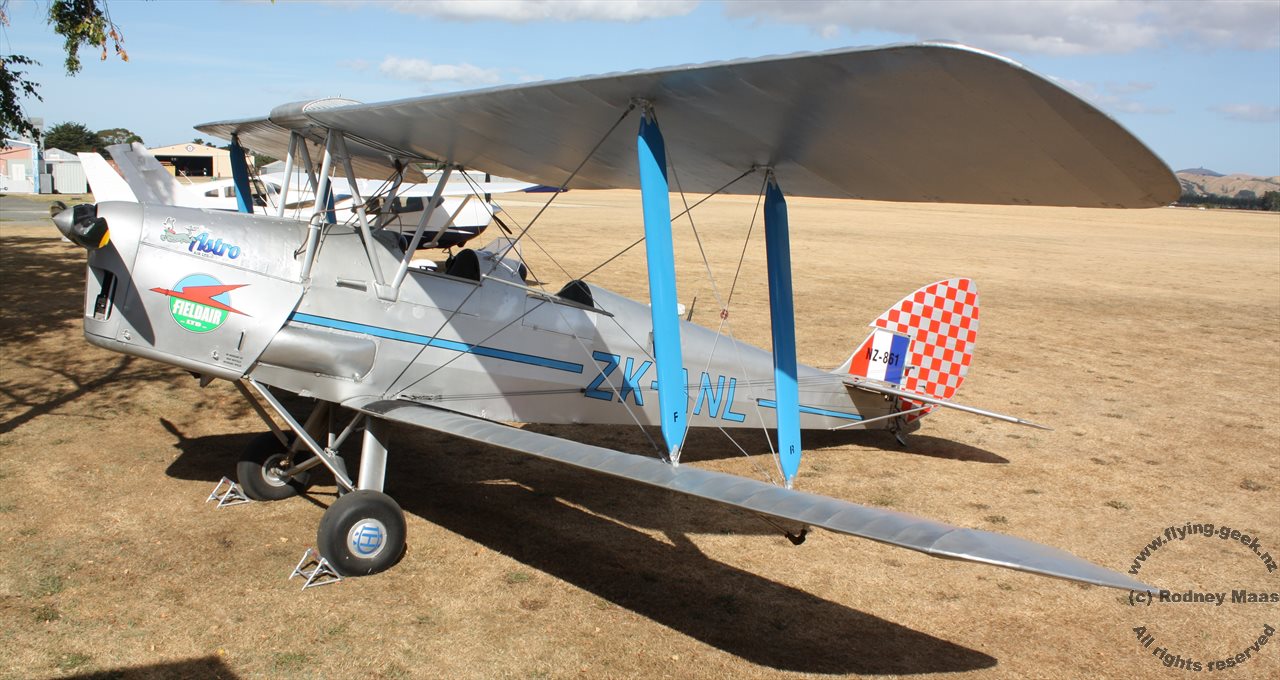 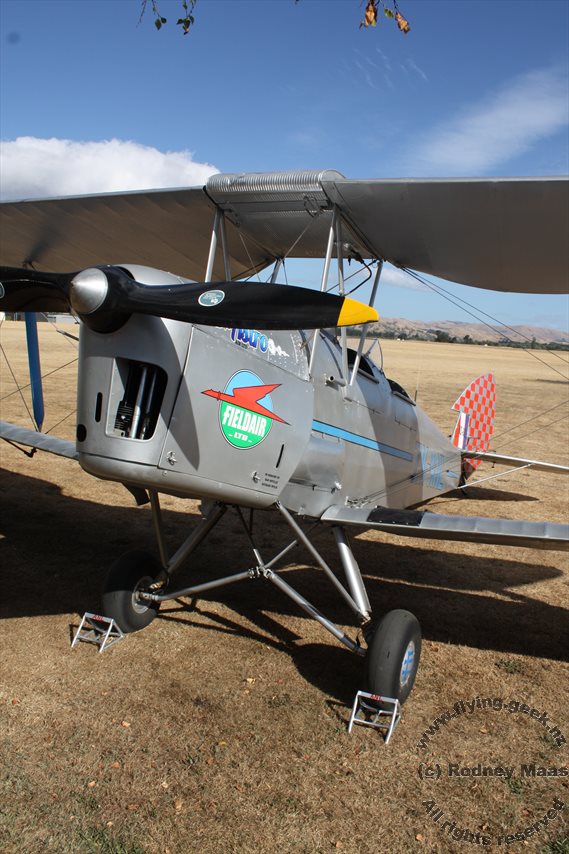 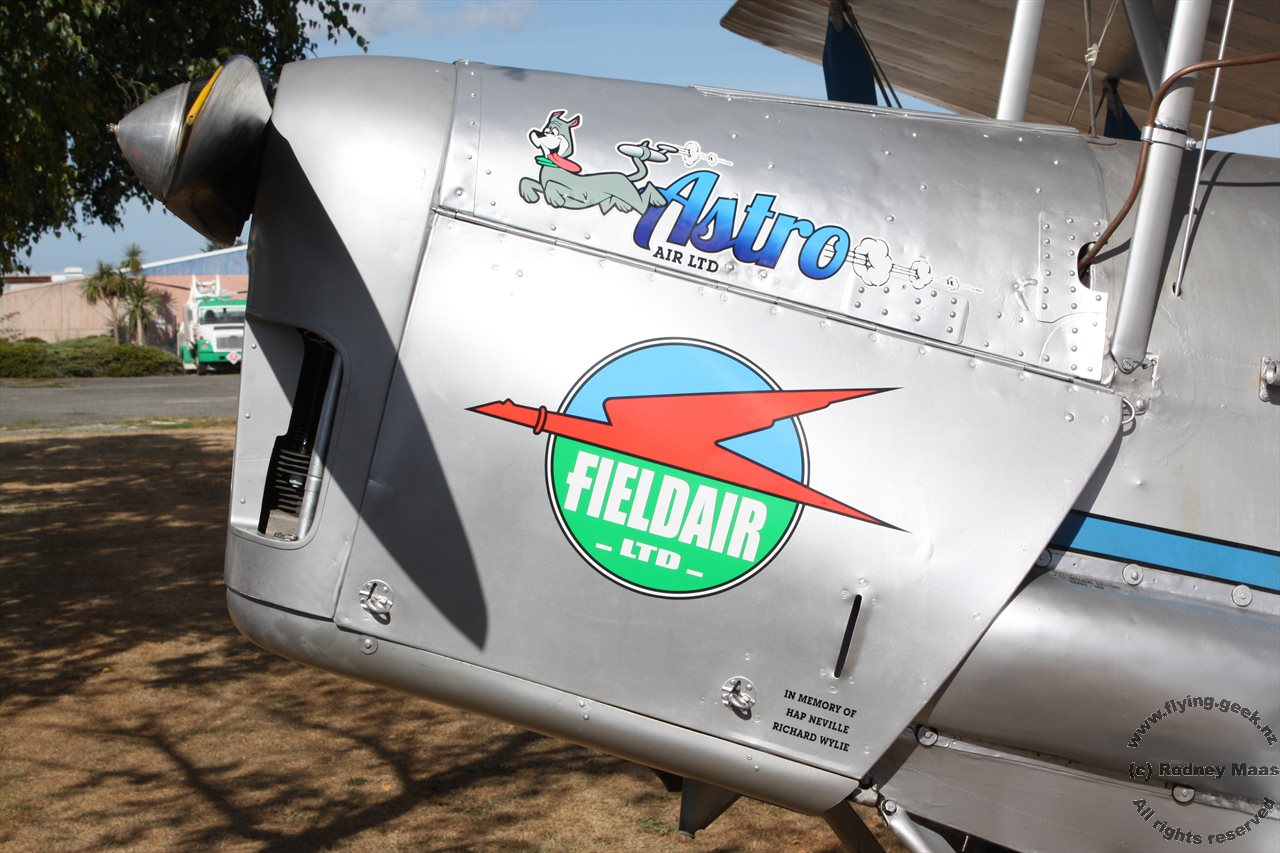 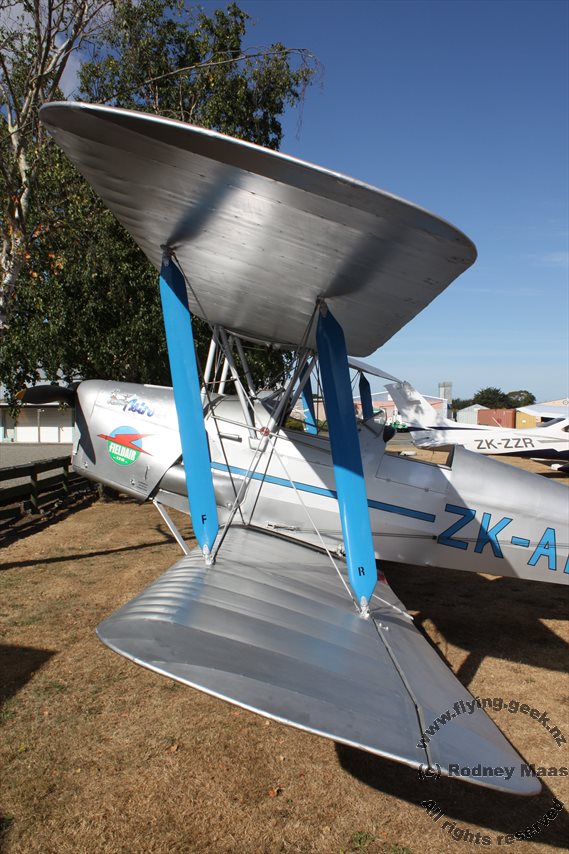 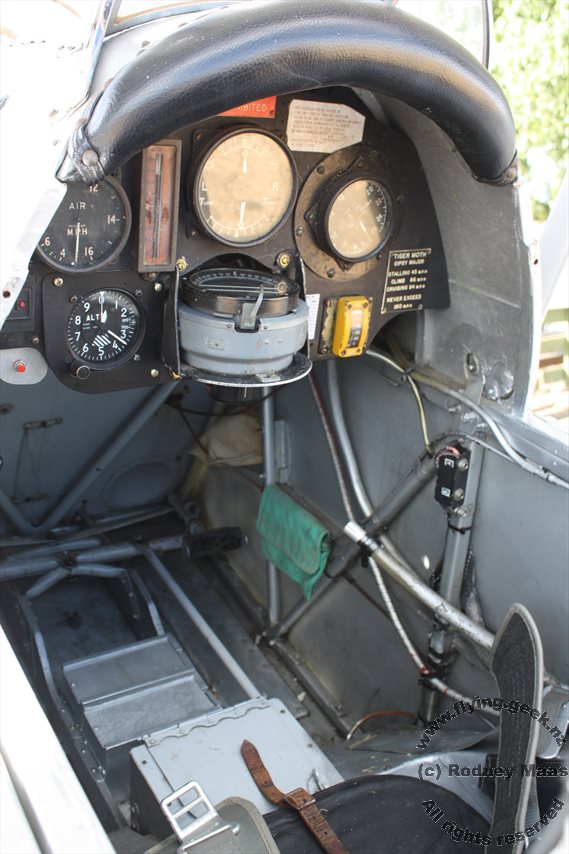 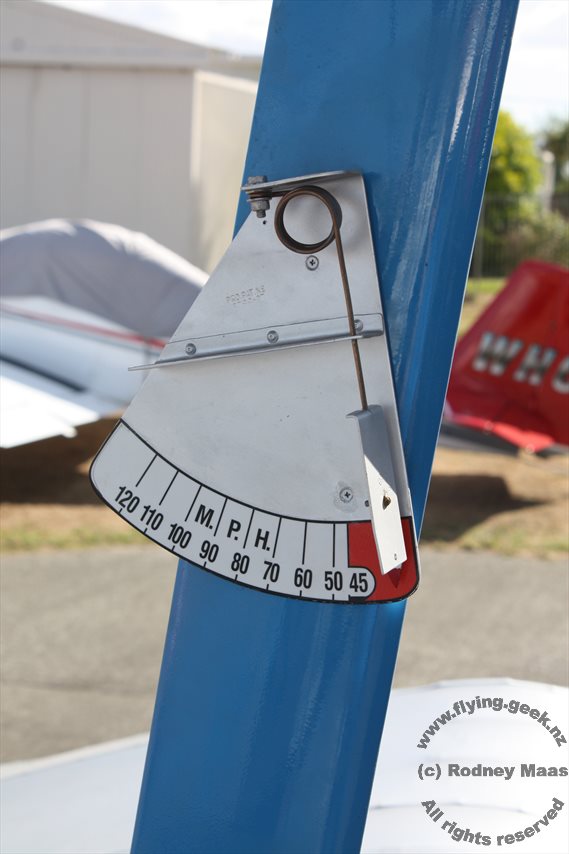 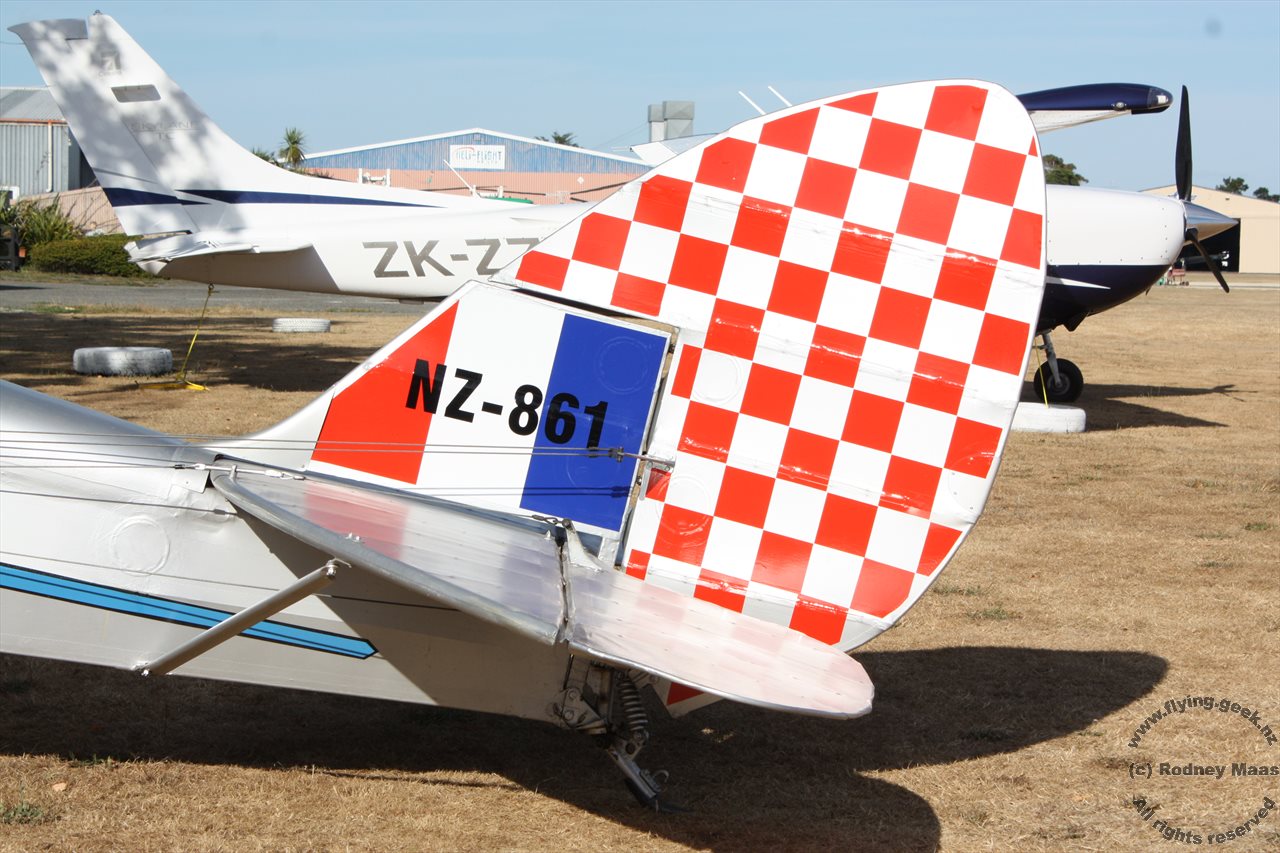 An unexpected but interesting arrival at Wellington today was a Bombardier CL-600-2B16 [CL604], N401NK. I have no information about who was on board [and to be honest, I don't really care about that :-)].

Cessna 402B at Wellington

I'm still a little in catchup mode after the trip to Wings Over Wairarapa at Masterton, so here is a photo I took yesterday.

This is a Cessna 402B, VH-SVQ, which is parked up at Wellington. The aircraft is registered to a company called Vekta, of a NSW, Australia address. I'm not sure what it is here for, although I hear it has survey equipment on board.

Wings Over Wairarapa: Yak 52's and the big bang

Well this is it. The last post from the airshow, and as I'm sure someone will point out, I missed publishing a lot of photos.

For example, several of the WWI aircraft, the awesome Tiger Moth display, the attempt to get the Pearce 1903 replica flying, the Bren Gun carriers [so what... :-P] and many more. As I started off by saying, I was mainly there to help on the Wellington Aero Club stand, so it's not surprising that I was not in the right spot for a lot of the photos.

One aircraft type I do want to publish photos for though is the Yakovlev Yak 52. These guys always put on a good show, and one of my [many] favourite photos came from these aircraft, so the first photo below is near the top of the formation look with smoke on.

The final photo is from the finale... and that's the mock airfield attack complete with explosions :-) Enjoy! 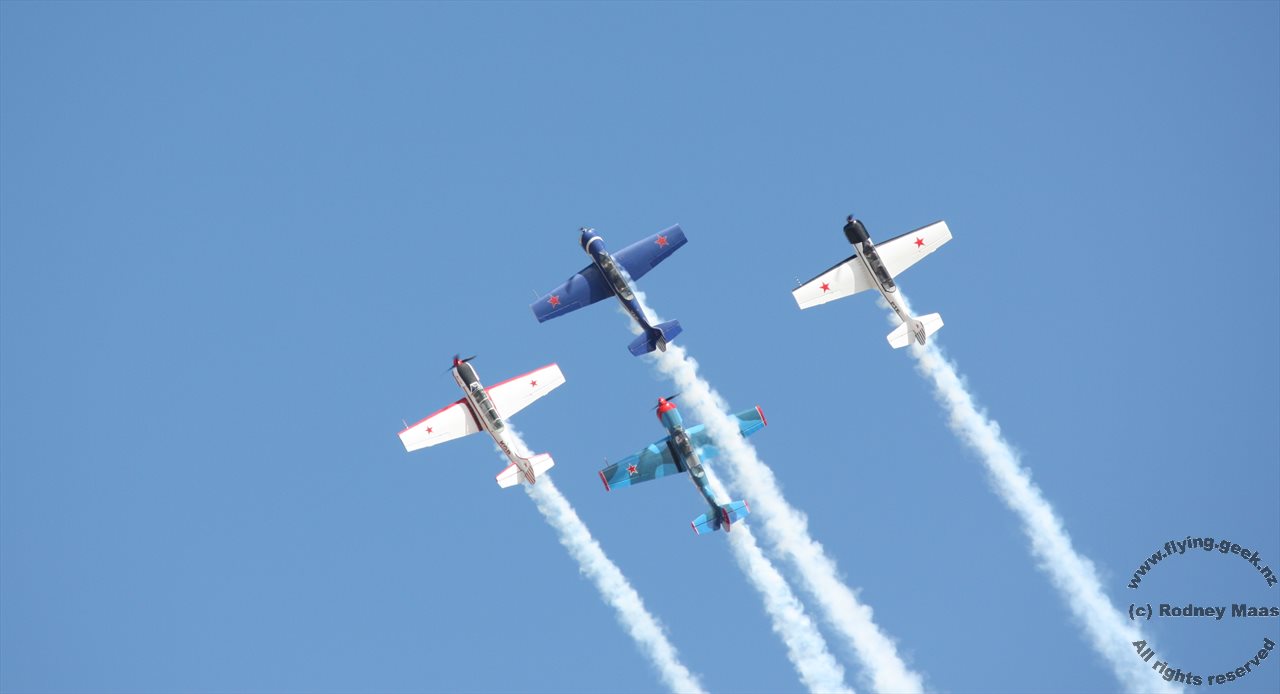 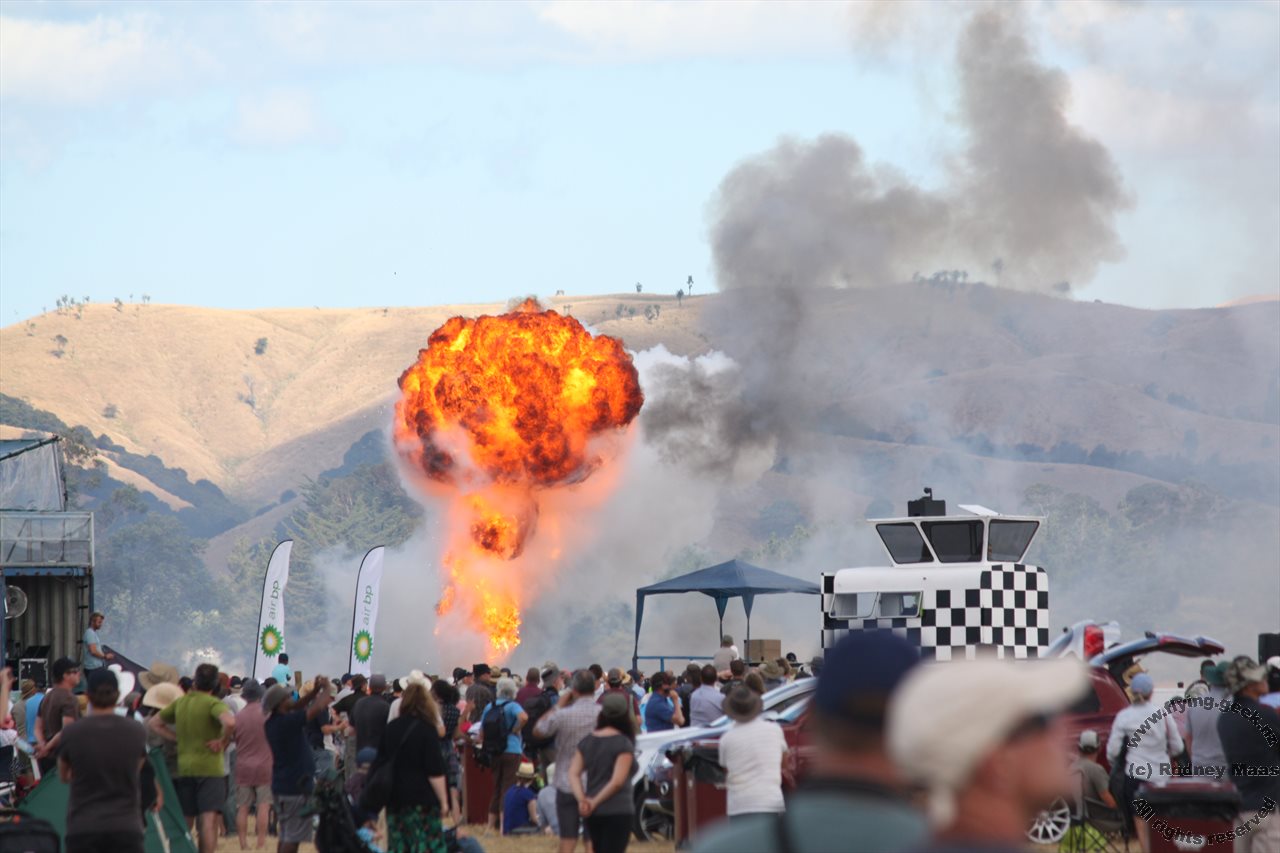 In the post I have a few photos of the North American Harvard 3* aircraft at the air show. I guess these are not my favourite airshow aircraft [I like the jets more], but they still put on a good show. What follows are just a few representative photos from those that I took.

Disappearing into the smoke of the leading aircraft 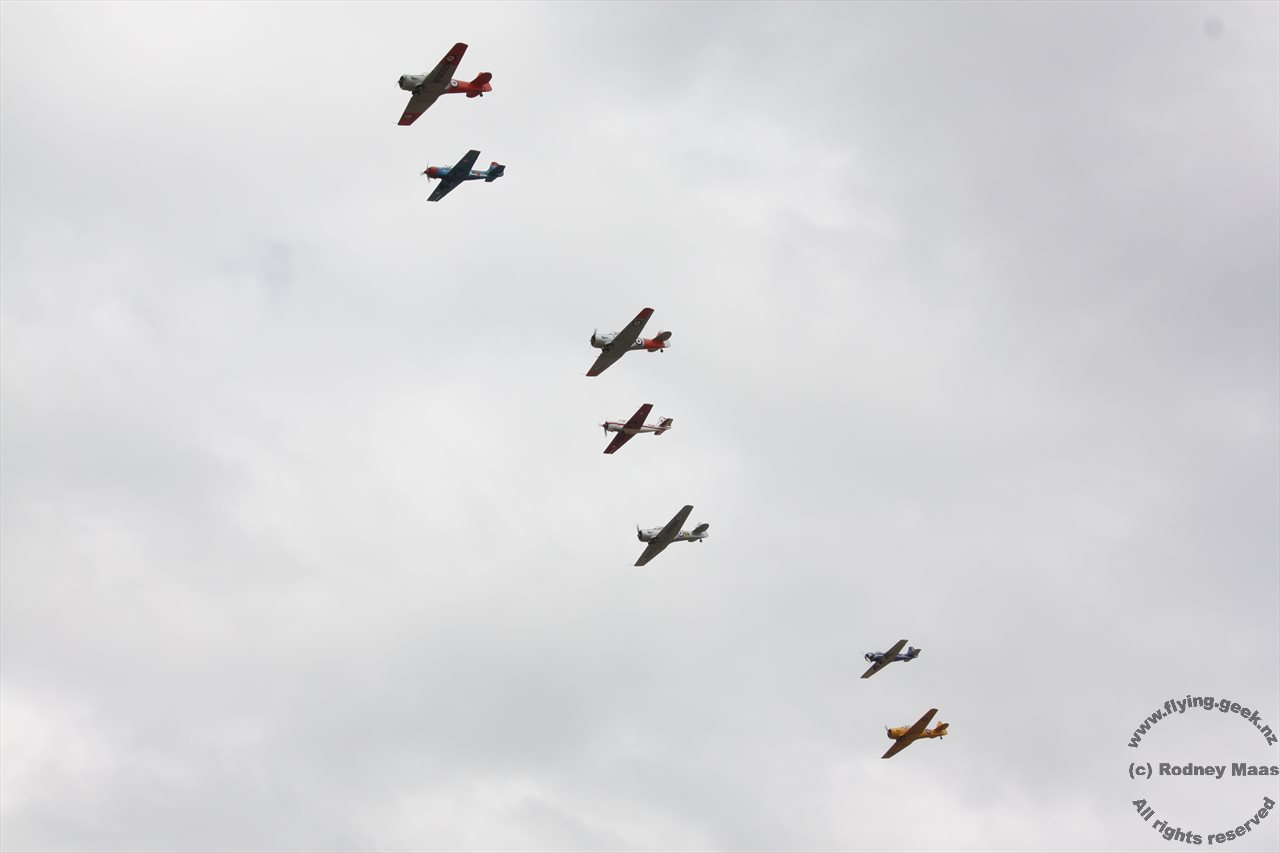 Formation of Harvards and Yak52's
Posted by Rodney at Sunday, January 18, 2015 No comments:

Wings Over Wairarapa: Old and not as old

Here are a few photos I didn't have a better space for :-)

I did not get many photos of the WWI era aircraft this time around. A combination of being busy and in the wrong position to get photos was quite limiting, but such is life. In fact just about the only photo worth publishing follows: 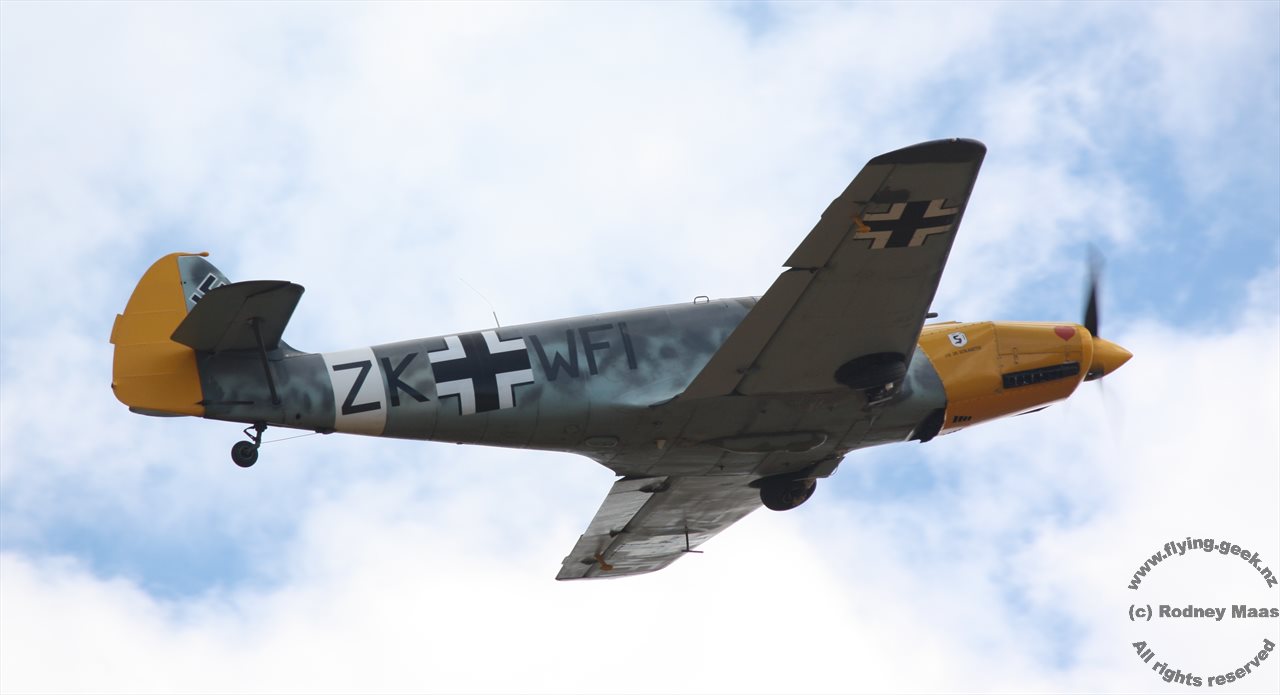 Very popular at any airshow is New Zealand's slowly increasing numbers of ex-military jets. In this airshow we got to see a Venom, a Vampire, 2 L39's and 2 Strikemasters. The last 3 types are shown below. 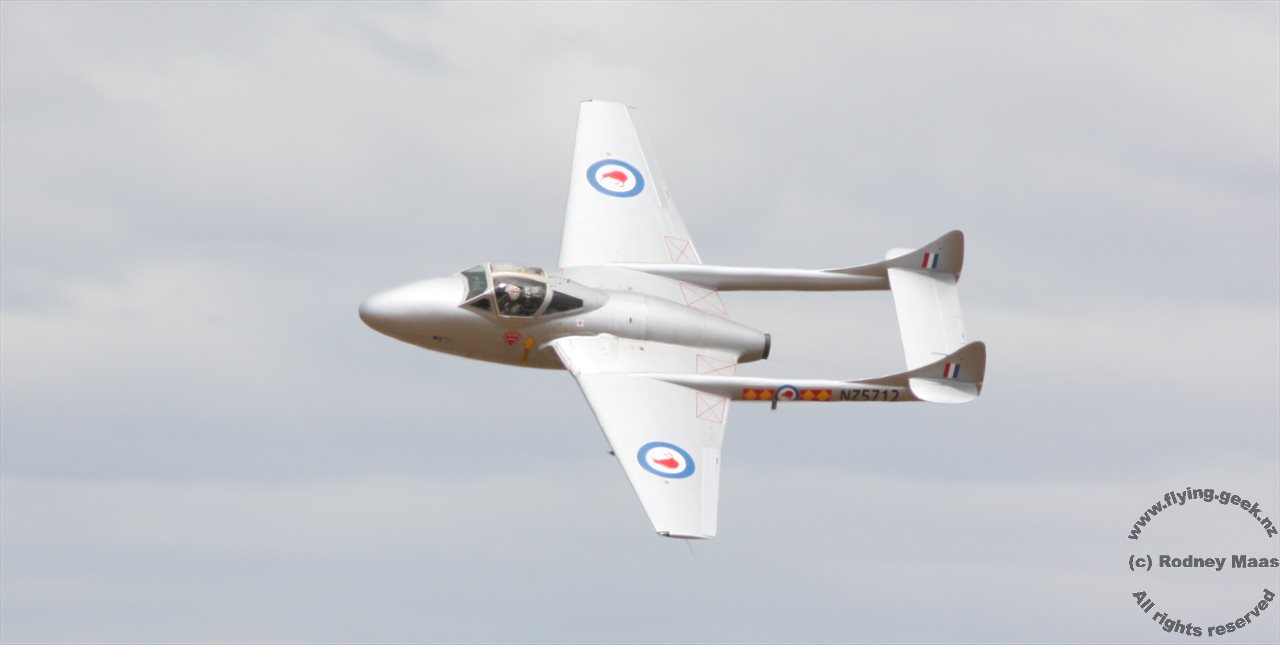 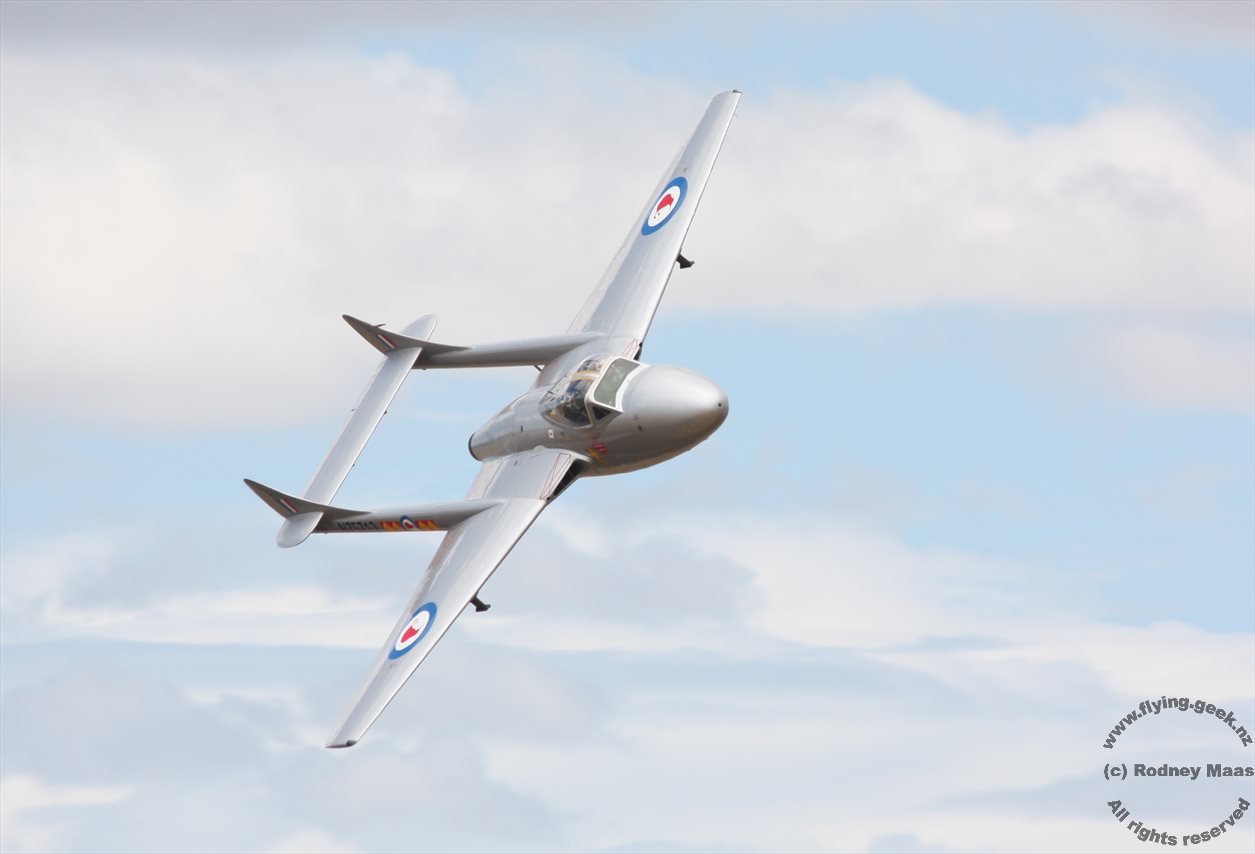 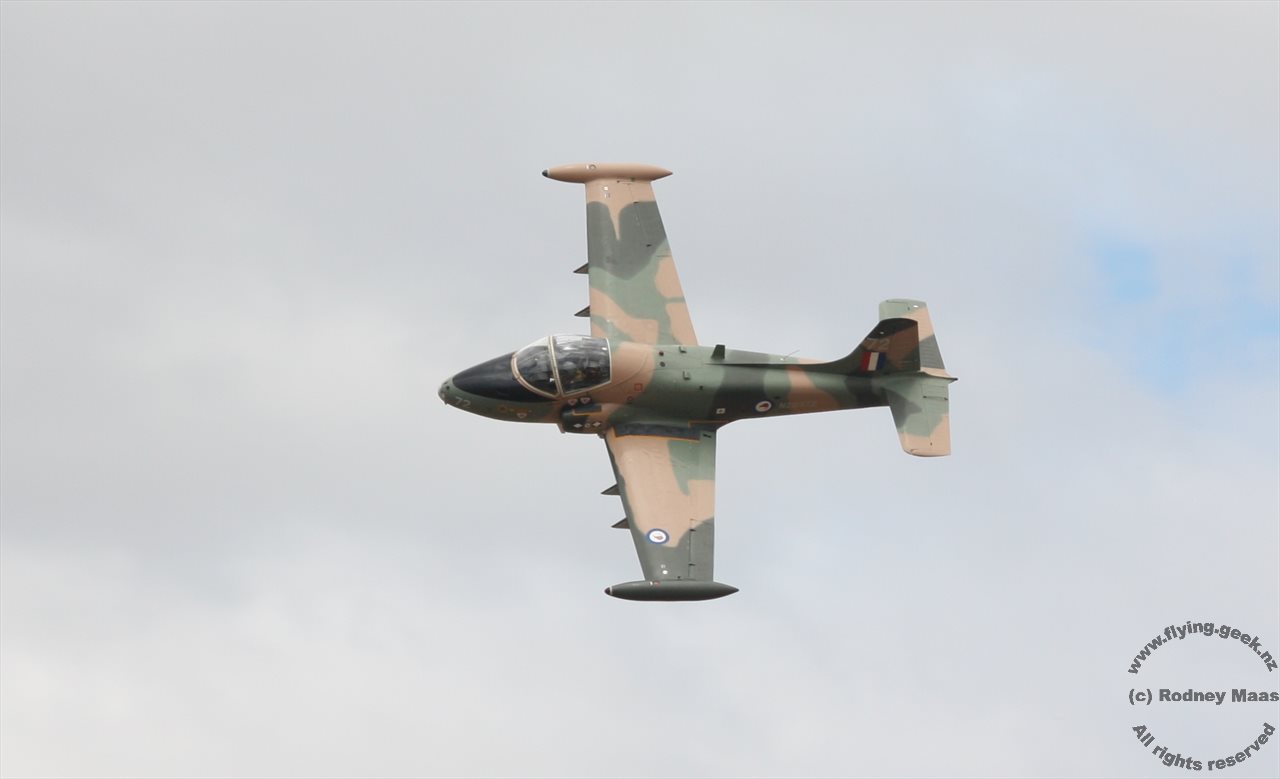 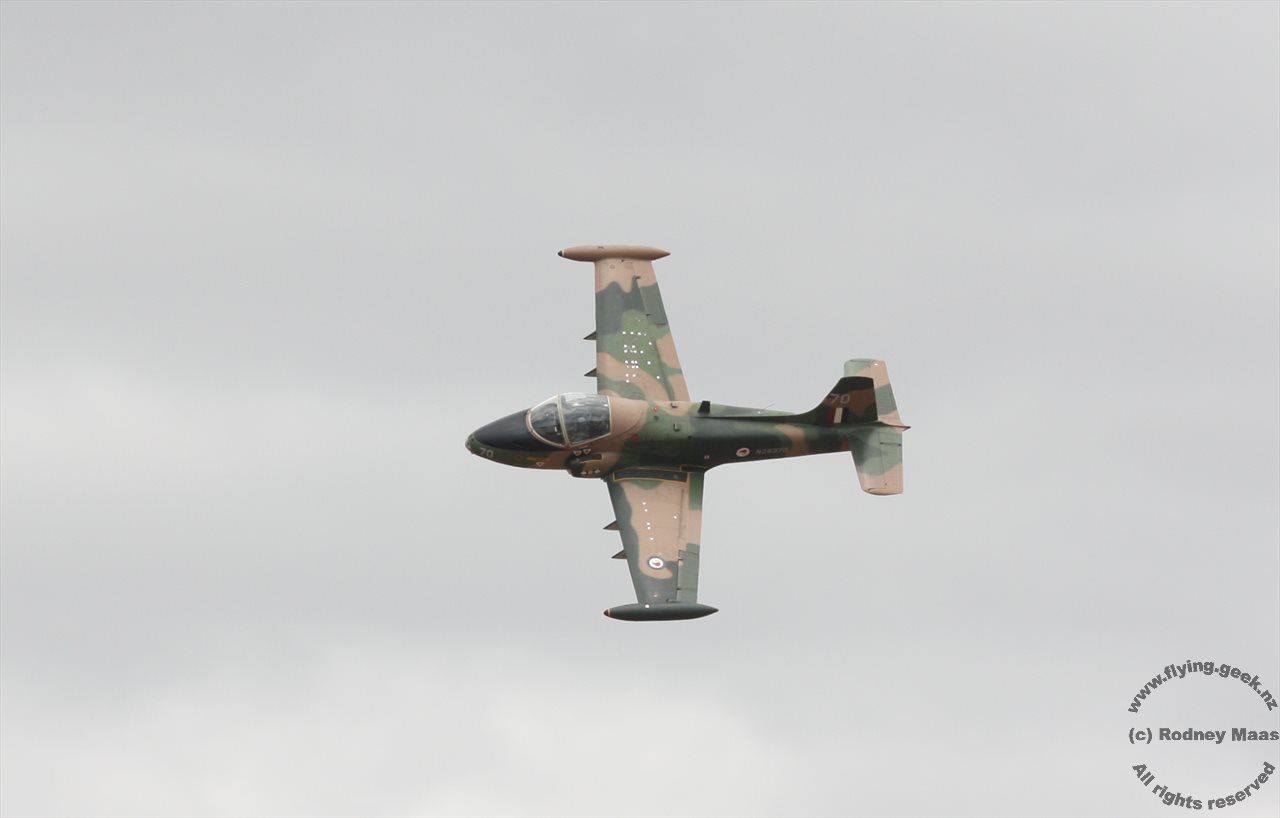 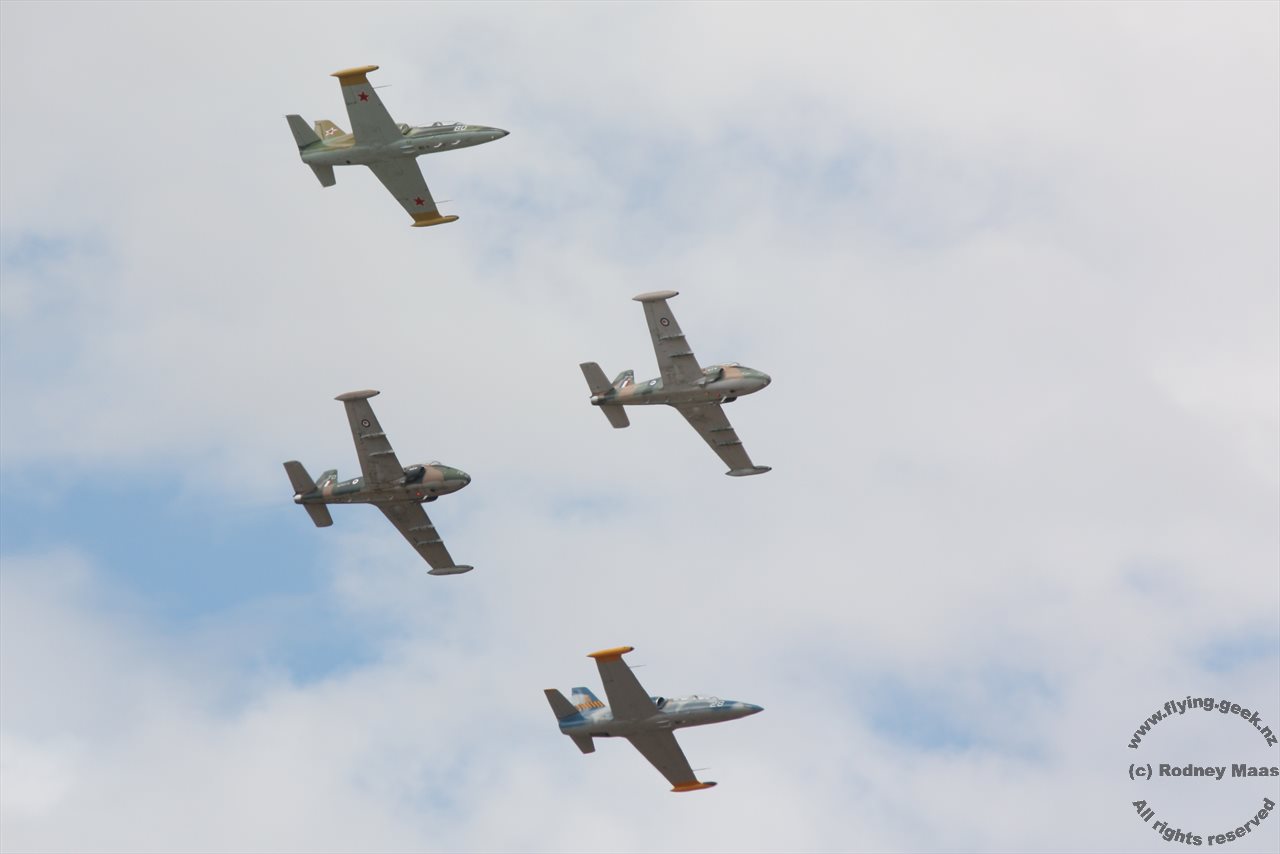 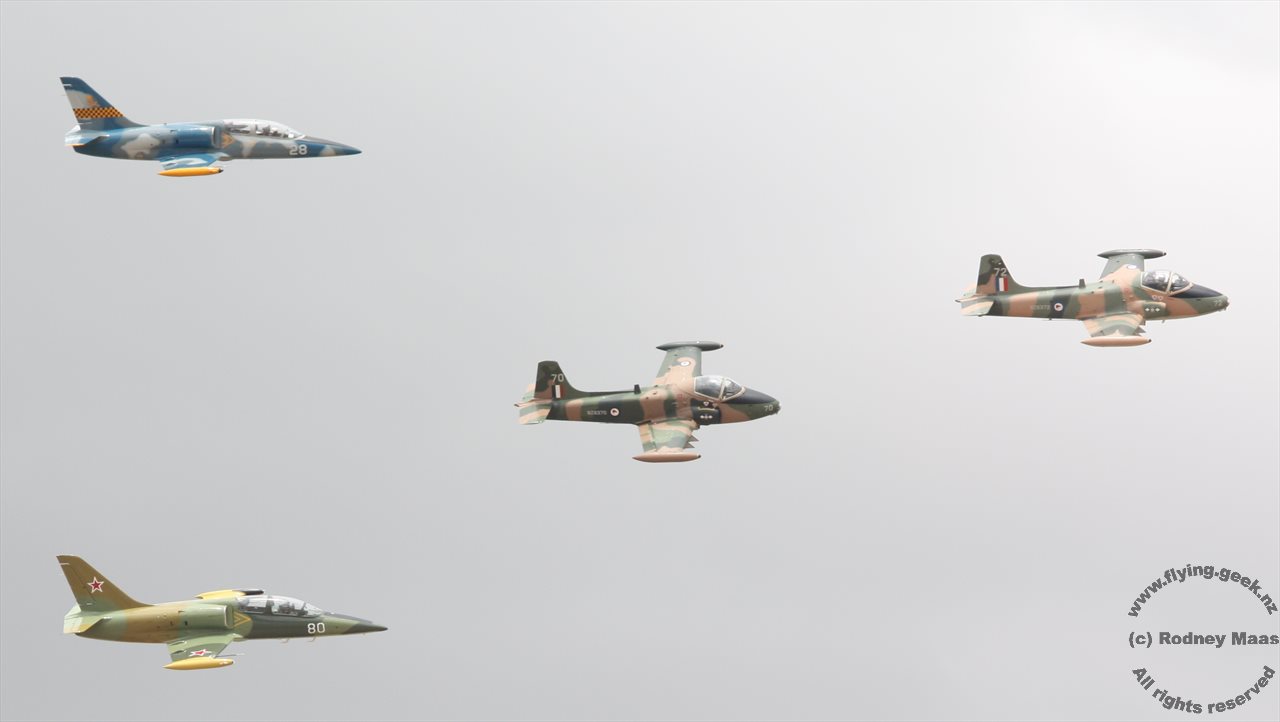