I went for a drive yesterday. Ended up looking over Wellington International Airport and so took some photos. Here's a couple of the better ones. The first picture is mainly of the middle part of the airport. Most prominent is the eastern apron (with the heavy-ish metal on it).

The second photo has the southern end of the runway in it, facing towards the east. 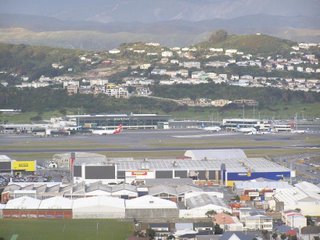 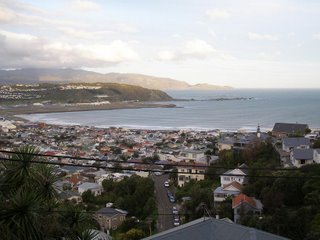 Freedom Air is the budget airline part of Air New Zealand [New Zealand's flag carrier]. One of its aircraft has a pretty awesome Warner Bros livery on it. I've been trying for ages to get some decent pictures of it. Usually I'm too slow, or the camera crashes on startup [yep, it's a digital camera!].

Anyway, finally got some reasonable shots. Here they are:. I think that the last one shows the scheme off the best: 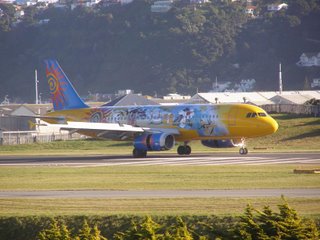 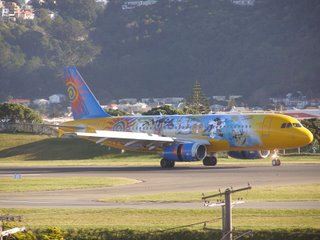 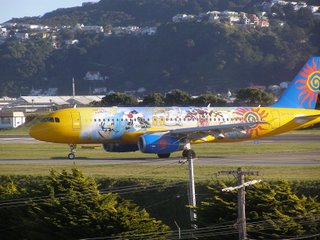 Here's a couple of pictures I took today of a Sounds Air C208 Caravan ZK-PDM about to land at Wellington. 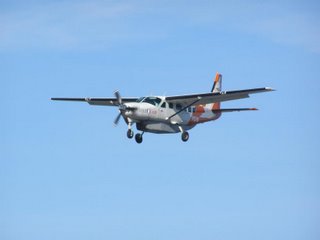 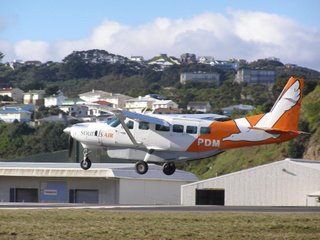 We had a fine day in Wellington recently [one of the 3 fine days Wellington gets each year :-)]. It started off extremely foggy - so much so that the airport was effectively closed for several hours disrupting thousands of travelers. After the fog cleared it was a fantastic day.

I took 3 people up for a quick flight - north to Petone/Paremata/Mana Island then south down the coastline and in through Island Bay. Needless to say, a great time was had by all. Thanks to Mark for taking the snapshots: 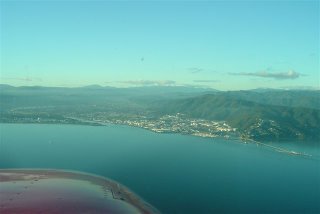 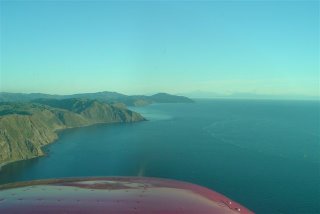 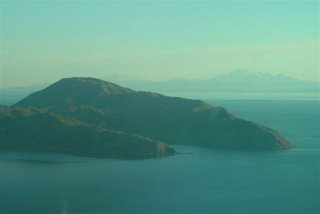 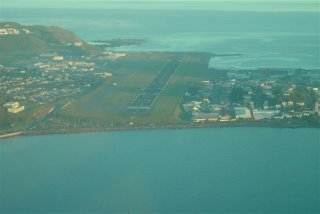 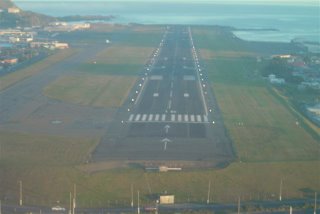 This is the final post from my Auckland trip. Appropriately, these are a few final pics from Auckland International in the hour or so before I boarded for my flight back to Wellington.

The first picture is after the Singapore Airlines flight landed, and is a reasonable picture of the runway 23 end of the airport. The second is an Air New Zealand B767 holding for takeoff. The hills in the background of these two pictures look closer than they are [the wonders of zoom lens] - in reality they are several nautical miles west of the airport and only rise to around 1000' AMSL [Above Mean Sea Level].

The last two were taken in the last few minutes before boarding. Not great pictures because of the reflections, but still OK. [they also put the terrain from the previous photos in perspective]. Both B737's departed for Wellington. 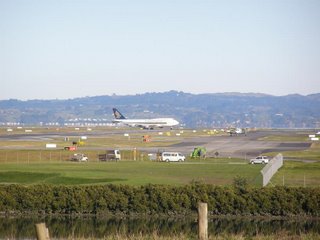 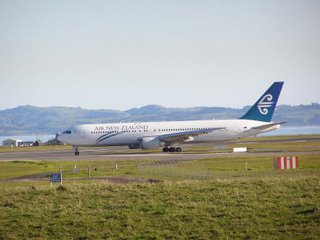 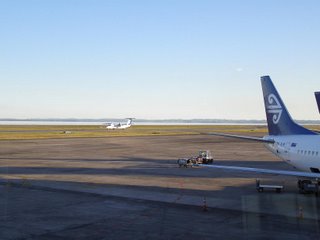 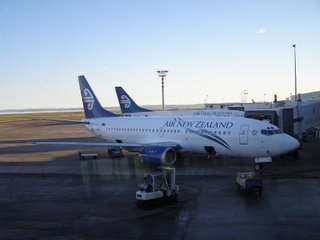 Here is a selection of the "heavy metal" I photographed from the viewing area [just off] Auckland International Airport. This is the type of traffic mix that we don't get at Wellington and so it is good to see from time to time. Top to bottom are: 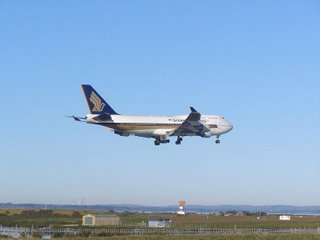 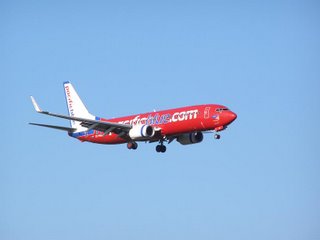 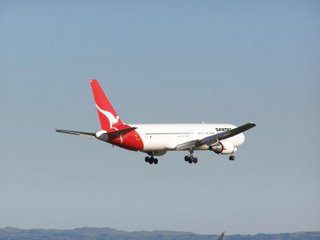 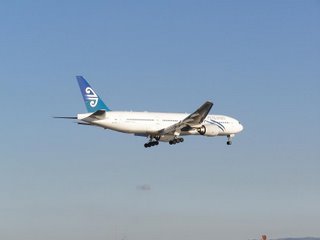 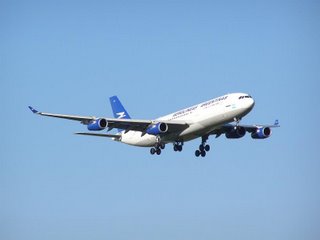 Air New Zealand B747 - first of the Auckland series 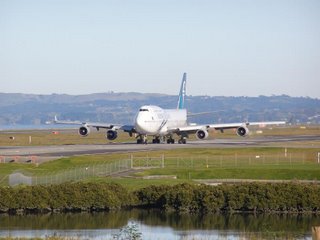 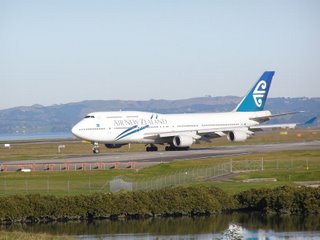 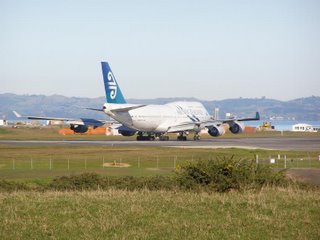 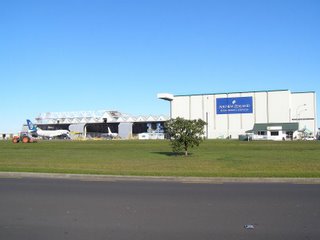 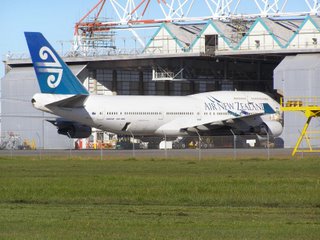 Odds and sods from Ardmore

This is the last in my series of aircraft at Ardmore - a group of "odds and sods" that I snapped on my travels. Next post will be a series of heavy metal from Auckland International :-) 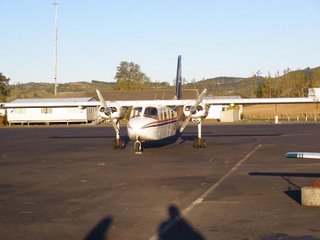 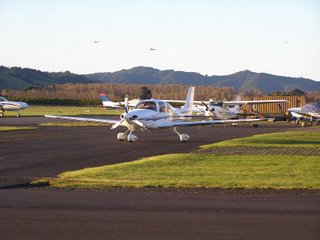 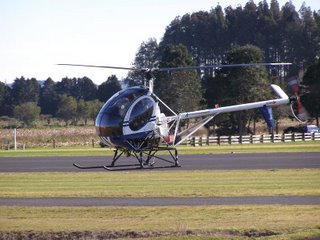 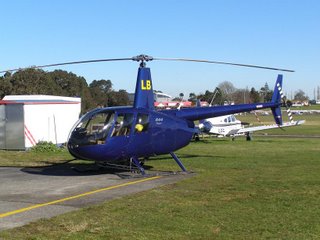