After an earlier failed attempt, I have updated and re-enabled my Aerodromes and Airstrips blog page. You can see it at the top of this page or by clicking here.

While it is a wee bit sparse at the moment, I hope to keep this updated with a brief introduction to the many aerodromes and strips I have visited from Wellington over the past few years. Some may be familiar to you, several may not.

If you want any more information on the places I have visited, please let me know and I'll see what I can do.

My vision is that in the next few months, I might start to put together a site detailing interesting information that might not appear, or be clear, in official publications [such as aerodrome-based attractions, helpful hints etc].

A great day to aviate!

After not flying since 2 June [ok - I was on holiday for 4 of those weeks!], I got back behind the controls of the Aero Club's Cessna 172N, ZK-FLT today. A total of 1.1 hours, starting with some dual circuits followed by some by myself.

The weather was good - a gentle breeze, a slight cross wind meant I had to stay alert, but I could still enjoy it. With all of the terrain around Wellington, there were a few lumps and bumps, especially when downwind, but nothing to much.

I was a wee bit rusty. Combine that with what was probably a tailwind component on final approach and it was a go-around for the first circuit [grrrr!] but all safe enough. The remaining circuits included hit the ground softly enough, so good.

I'm hoping for some good weather in September so I can knock off a couple more hours.

Anyway, the pictures. First up is a Bombardier CL-600-1B16 Challenger, VH-VSZ. This aircraft is registered to Execujet in Australia and I understand it may have flown here direct from Perth, Australia a couple of days ago. It left this afternoon. Second is the Club's Cessna 172N, ZK-FLT.

I am well and truly back home now. The weather is cold, wet and windy :-) and I'm back into photographing some of the aircraft passing through Wellington. Today's aircraft is a Vans RV-4, ZK-RVI.

It not only looks good, but it sounds like it flies quick also... just a pity I have no tail-dragger experience. As it turns out, this is also the first RV4 photo I've put up on the blog [as far as I can tell].

I have been back in Wellington, New Zealand for less than 24 hours now, so it's time for a brief update on the flights :-)

I left London Heathrow on the evening of Tuesday 19 August and arrived in Wellington mid afternoon Thursday 21 August, having travelled via Abu Dhabi and Sydney.

The inflight service was really good on all long haul sectors, including crew and food. Without exception, all of the cabin crews on all flights were friendly and welcoming and even the long-haul meals were all tasty.

I liked the Virgin Australia "snack bars" in economy - just chips, water and soft drinks - a nice touch but easier than going to ask a crew member. As for Etihad, a two people on different flights commented about how helpful and friendly the Etihad crew were to passengers - something I saw as well. Perhaps surprisingly and completely unprompted, both of those passengers compared Etihad to another well-known, well-regarded, full-service airline and said that Etihad crews are far better [I haven't flown on that other airline, so I can't comment on that]!

As for IFE - they were all good, although the Virgin Australia aircraft implementation was mostly better. It was more touch-responsive [although none of them are great] and no annoying adverts before the movies! Big bonus points for not having to fast-forward over the same advert for each movie for TV programme! The only [minor] negative about the Virgin IFE was that the flight map history was all made up - only the current position was accurate [yes, I did say minor!].

All in all, I'd very happily fly with all three of these airlines again.

The only major niggles I had in the entire trip were a delayed bag [on the way over] and a disinterested, lying, lazy, idiot [or all 4 perhaps?] check in agent [working for "Servicair" on behalf of Etihad] at London Heathrow on the way home.

Delayed Baggage
...was delivered the next day... turns out someone had only sent it as far as Abu Dhabi... annoying for me and for family who were at Heathrow to pick me up, but hardly the end of the world. I was given £26 compensation at the airport, of which my sister made me spend about £75 on new clothes... yes, those numbers are correct :-)

Servicair check in at Heathrow
Checking in just over 3 hours before the first flight towards home, I was told by the check-in agent that there were no aisle seats available on any of the three sectors [she did not say "I can't change seats", but "there are none available"!]... unless I wanted to pay extra for an exit row of course [no, I'll keep my money]... Almost sounds like this person was on commission!

If I had checked in at short notice then fair enough, but there are about 114 aisle seats on an Eithad A340-600 in economy [excluding the 12 associated with an exit row], so I doubt they were all gone 3 hours and 10 minutes before departure [can anyone confirm either way?]... as for the flights departing about 13 hrs and 28 hrs later... who knows...?

As it turns out, I found out that the computer had already allocated me an aisle seat on the longest flight between Adu Dhabi and Sydney [so she probably didn't even look before saying "none available"!].

What confirmed her incompetence was when I was told I would have to pick up my checked baggage [ie: go through immigration] in Sydney, even though I was continuing on to Wellington a couple of hours later. This was despite her issuing me a bag tag which included Wellington. Yes, I did query this in case I had mis-heard her. The same instruction was issued. Virgin Australia [via twitter] suggested the advice I was given was wrong and Air NZ [at the international transfer desk in Sydney] confirmed all was OK. Air NZ also gave me an aisle seat [they wanted to reissue my boarding pass anyway for some reason]. Nice support Virgin Australia and Air NZ. Thanks!

I have never thought it was unreasonable to politely request aisle seats. I had never been ignored before. Oh well. Servicair.. perhaps one of your staff should be given more training...?

Social Media support
The social media teams at Virgin Australia, Etihad and Air NZ seem to have the social media side of things just about worked out. Sure, they all like compliments, but even when there have been issues, they are quick to help [especially Virgin's twitter people after the "Servicair" incident about the baggage]. There can be a wee disconnect between Virgin's team and the services available at the airport at times, but no major problems.

Maybe I'm just getting old and should stop complaining :-)


Anyway, just a few photos from Heathrow Terminal 4. Top to bottom we have: 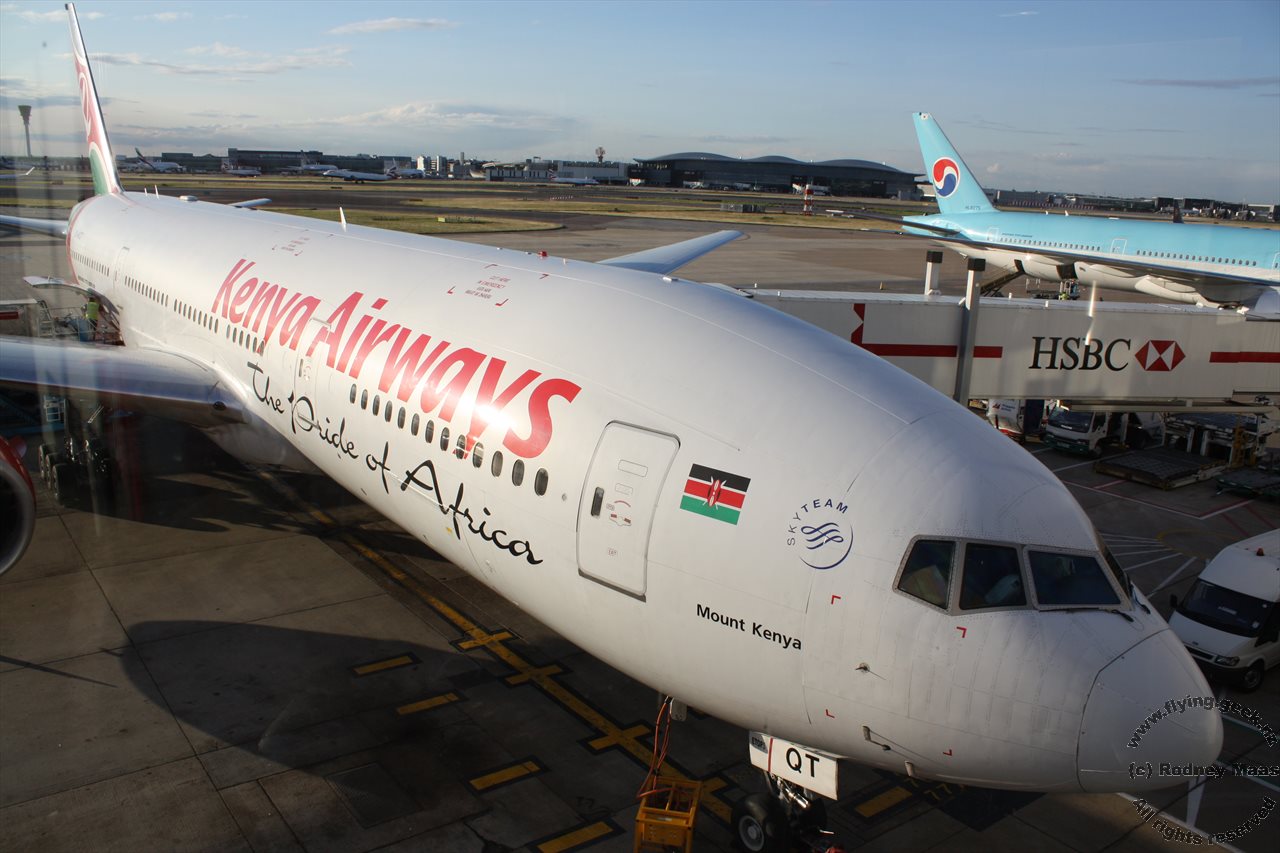 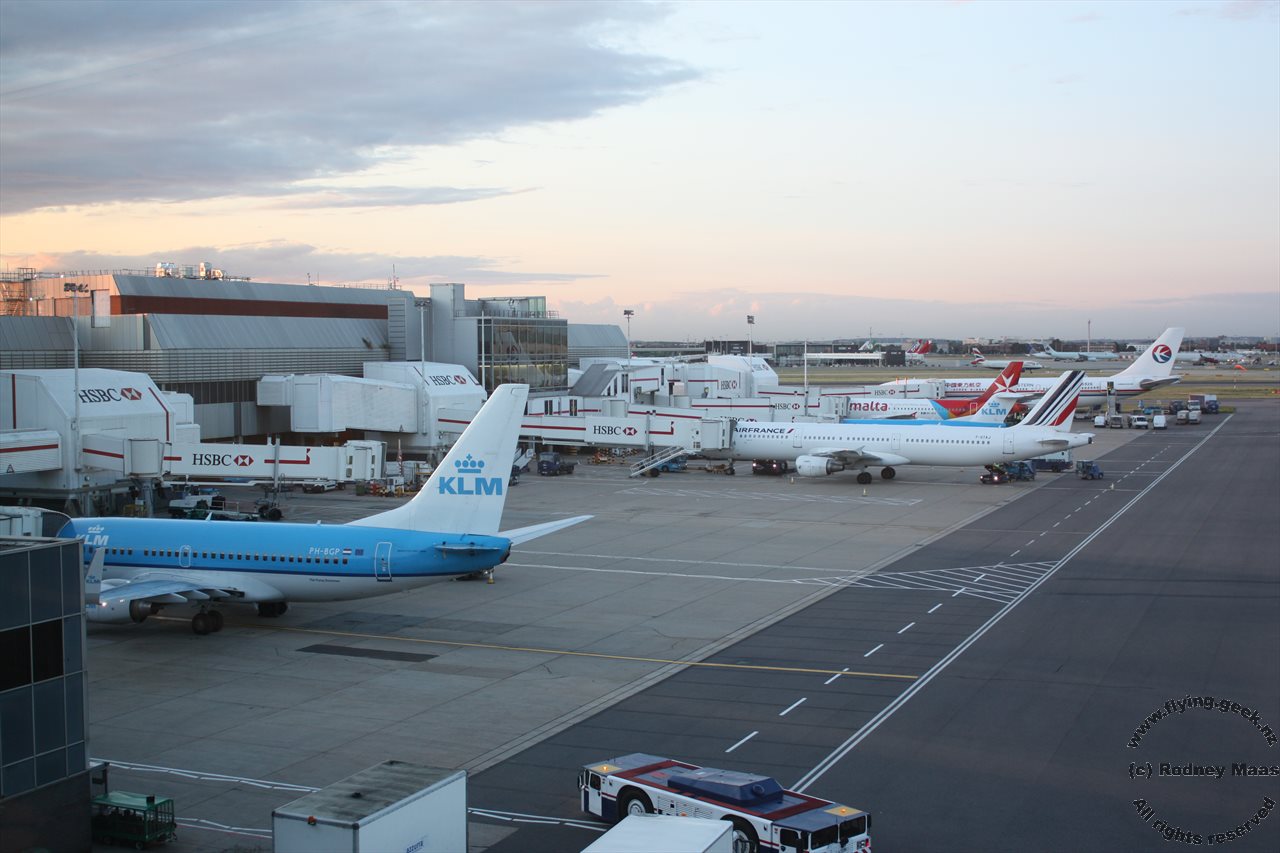 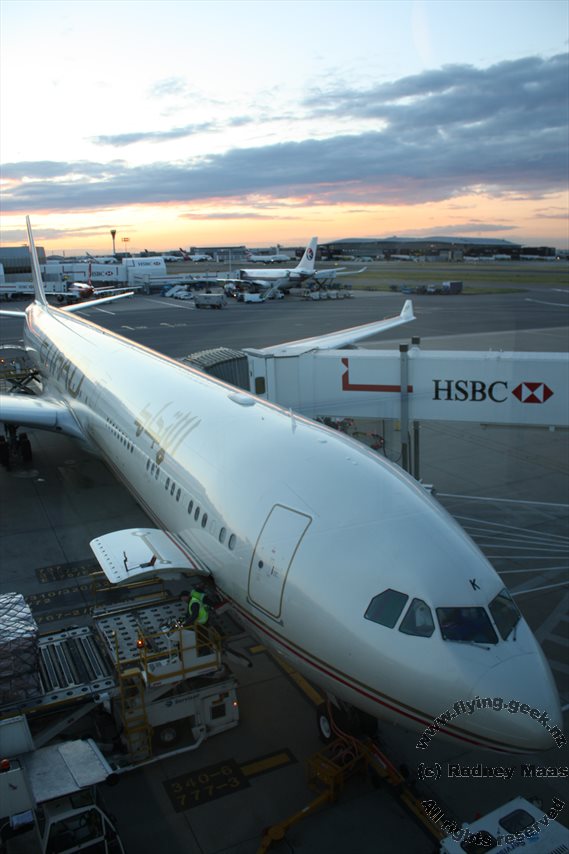 Following on from my previous posts, here are a number of interesting aircraft from the Goodwood Aerodrome. Most of these are taildraggers, and if you look carefully, there are one or two interesting types hidden in the background.

One thing I forgot to do in the previous post is provide a link to the appropriate web page, so here is is [click here]. Anyway, on to the photos. Top to bottom we have:

I wasn't sure what to expect, but as it turns out, quite a number of vintage/ historic aircraft, as well as the "normal" trainers - in fact, microlights to warbirds as well as helicopters.

The following series of posts will show a few of the aircraft visible from the cafe. It's by no means complete...!

Top to bottom we have:

One thing I had not expected about a trip from Ireland to the UK is that it is considered to be a domestic trip, so although I went through UK and Irish immigrations on the way in [UK immigration as I was transiting from Brussels], I had none of that on the way out. It certainly made the UK side of things a lot quicker.

It was also a bit of a surprise to exit the secure area at Heathrow right into the departure check in gates. Not that I'm complaining!

Anyway, here are the final set of photos from Dublin Airport. Top to bottom we have:

In this posts, I have some of the larger aircraft seen [apart from the Aer Lingus A330's from the earlier post] at Dublin, as well as a couple more turbo props.

In this third post from Dublin Airport I have a number of the Aer Lingus aircraft that I photographed - from an ATR42 to an A330. Top to bottom we have: 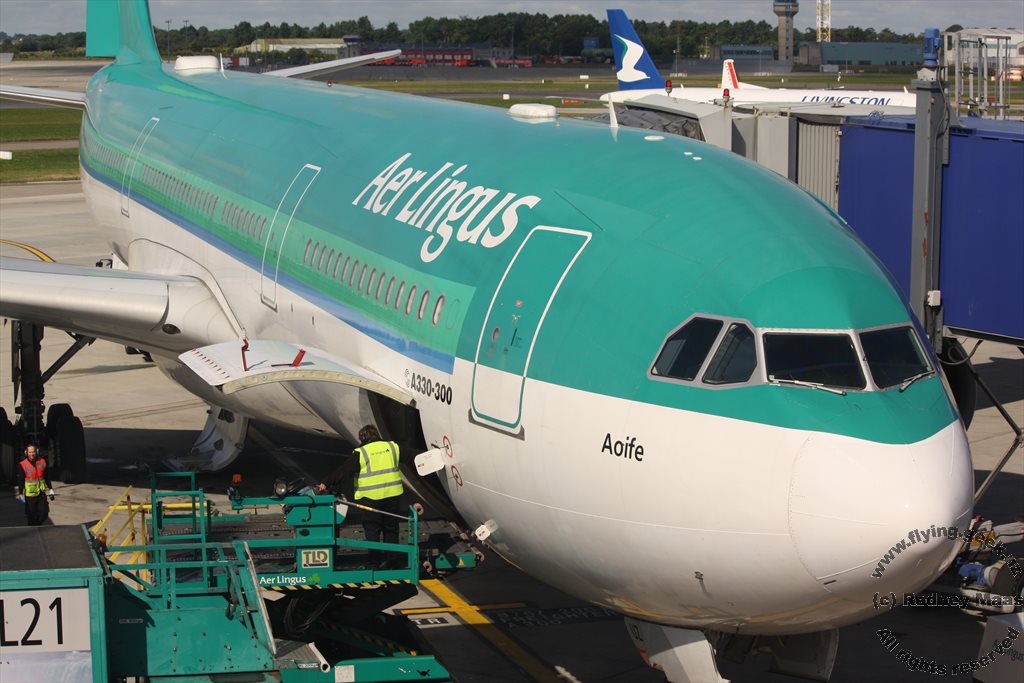 This post contains a number of Boeing 737 aircraft from Dublin. Perhaps unsurprisingly, Boeing aircraft appear a little less common than Airbus in European airlines [with some obvious exceptions such as Ryanair]. Top to bottom we have:

Two days ago I flew from Dublin to London Heathrow. I'm staying in the UK for another couple of days before heading home.

As it turns out, Dublin Airport [ICAO code: EIDW] is a good place for taking photos. There are good views all around [and I imagine the other terminals would be similar], with only some fairly dirty glass to get in the way a bit.

Anyway, this series of posts covers some of the photos I took. First up, we have some single-isle Airbus aircraft. Top to bottom are: