This Mitsubishi MU-2B-60, ZK-PSR, arrived and departed Wellington on Saturday. This aircraft is operated as an air ambulance, by Search and Rescue Services Ltd of a Tāupo address.

These are interesting aircraft, but with a chequered history, at least until the FAA began mandating a specific type rating for the aircraft. Lots of details in here https://en.wikipedia.org/wiki/Mitsubishi_MU-2. One interesting snippet I had forgotten was that the RNZAF acquired four of these aircraft, for use as ground instructional airframes.

Posted by Rodney at Wednesday, January 25, 2023 No comments:

I got to strap on the Nanchang CJ6A, ZK-MAO, today and go for a flight. First up some dual circuits, then a few myself. Normal circuits, flap-less, short approaches and a go around and it [almost] feels like it had not been away for a few months.

I might take it for another ride tomorrow. We'll see.

Finally, at the end of the day, a chance to show a young lad who had been watching rather eagerly through the plane.

No flying for me today, but the Nanchang is in Wellington. I'm hoping to have a currency flight on Sunday afternoon. 👍

I did remember enough to start the engine, taxi and shutdown, so I could go fill the tanks. It's a start!

Time to restudy the flight manual for tomorrow's currency checkout.

Today's picture [from last Wednesday] was this Pilatus PC12/45, ZK-PLT. This aircraft is operated by Sounds Air.

A visitor to Wellington on Wednesday afternoon was this Piper POAS38-112, ZK-DMF. This aircraft is operated by Marlborough Aero Club.

Posted by Rodney at Thursday, December 29, 2022 No comments:

It is good to be on holiday. I'm back in Wellington now, and during a quick visit to the airport, there was time to photograph a small number of arrivals and departures.

For this post, we have a Boeing 737-8 MAX, DQ-FAE, which is operated by Fiji Airways, departing Wellington.

Posted by Rodney at Wednesday, December 28, 2022 No comments:

Ever wanted to fold some incredible paper airplanes? Here's a great video that will help. Perfect for if the weather is not good enough for flying the real airplane over the Christmas break 😁

Posted by Rodney at Wednesday, December 21, 2022 No comments:

Playing with the new camera

Another day of playing with the new camera today.

It is a fairly gloomy day. Hopefully I'll get to play more on a bright and sunny day soon.

Last up is another Airbus A320, this time ZK-OJS.

This from a few weeks ago - Cessna U206G, ZK-ENT, which is operated by Pelorus Air.

Posted by Rodney at Saturday, December 17, 2022 No comments:

Following on from yesterday's post, once the weather had cleared and I had my flight, I went and grabbed a couple of pictures of the business jets parked up on the Western Apron at Wellington, outside the Execujet hanger.

I'm late to the party on this, but and with the closure of the small "extension" on Coutts St, it's a bit harder to get the photos I would have preferred. Such is life.

Anyway, here are three of the aircraft that were parked up. These are all Gulfstream aircraft - one G650ER and two G550's.

I was booked in to fly today, but It was a bit wet this morning and early afternoon. It cleared up in time though, so I ended up having a quick flight in the club's Cessna 172N, ZK-EKE. Just a enough time to depart to the north, do a simulated FLWOP around Mana Island, then back in to land.

It was also a chance to use my new OzRunways subscription in flight for the first time. I was looking for an easy flight so it would not be a distraction. It worked fine, but I want to use it some more before doing any sort of review.

In other news, I have a new camera. I'm sure much to the horror of some people, I have downgraded to a point-and-shoot - a Panasonic Lumix DC-TZ95. It's basic, seems to work well, and has a few pros and cons compared to my Canon EOS 700 I had been using. The major benefit is that I can stick it in my pocket. The major downsides so far is that the lens is not fantastic [but quite acceptable] and the autofocus is a bit slow. Still, I'm happy so far.

While waiting for the weather to clear, I took some photos. They turned out better than I expected. I have also adjusted the settings on the old watermarking tool I am using, so hopefully the JPEG compression artefacts are not quite as annoying. Photo sizes are quite a bit larger though.

First up are two photos of a Pilatus PC12/45, which is operated by Sounds Air. The second was taken through grubby glass, so not too bad I suppose.

Next up is Life Flight's British Aerospace Jetstream J32, ZK-LFW. This is operated by Air Freight NZ Ltd on behalf of Life Flight. The rain is quite obvious...

Last up is this Bombardier CL-600-2B16, ZK-JCJ. This is operated by GCH Jet Operations. Again, it was raining a little at the time and this show up nicely in the photo.

Posted by Rodney at Saturday, November 19, 2022 No comments:

This weekend in Masterton

This past weekend was spent in Masterton at the Flying New Zealand Cook Strait Regional Competitions.

Good times with a lot of good flying, fun social times and another opportunity to assist with some of the ground judging.

It was looking a bit shaky at one time though, with the weather on Friday evening consisting on low clouds and rain. Saturday [competition day] was much nicer, although with the constant threat of the thunder and lightning that was striking other parts of the lower North Island. We did have to shut down competitions for about 30-45 minutes in the middle of the day due to the weather, but it all worked out.

The first three photos are from arrival day on Friday, including a panorama of the 20+ aircraft from Wellington, Hawkes Bay, Kapiti and Whanganui that came for the competitions (Hawera also arrived on Saturday). 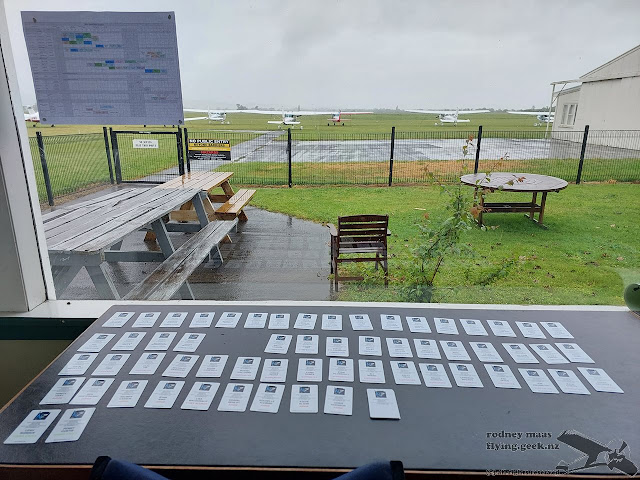 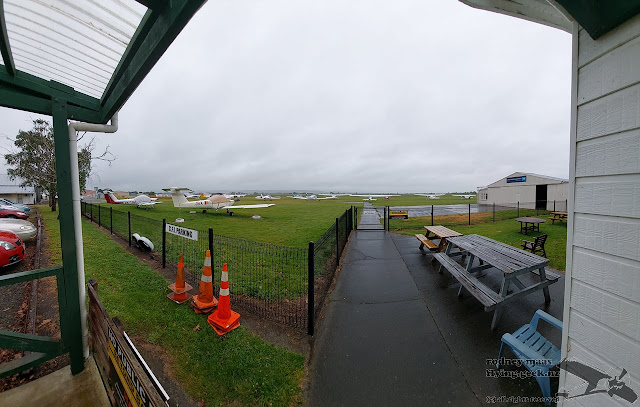 The final two photos are from Saturday. There are some very dark and wet places under that cloud! There were plenty more of those coming and going during the day. 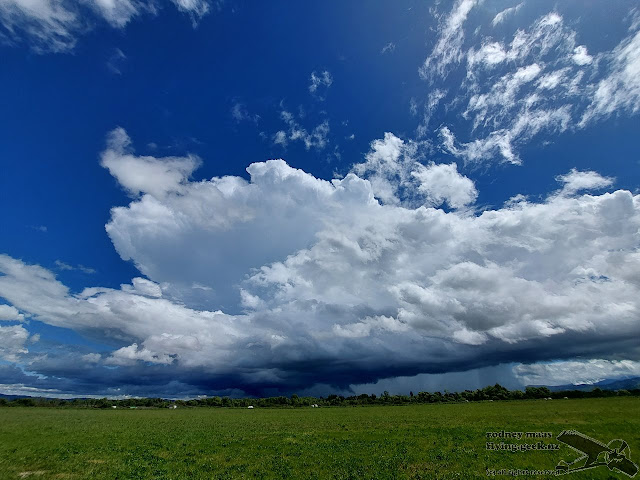 Somebody call me when this is ready to purchase...

Can somebody call me when this is ready to purchase?

Posted by Rodney at Saturday, November 05, 2022 No comments:

Lost the plot or right on the money?

It looks as though Air NZ may have lost the plot, with the airline apparently banning the carriage of electronic bag tags, such as the Apple Tag, in checked on bags (references here Air New Zealand, NZ Herald, Stuff). It also looks like an airline decision, rather that being driven by the regulator.

This comes a few weeks after Lufthansa upset a lot of people with a similar ban, but one which was overturned about one week later (NZ Herald).

With all the fuss (reasonable or otherwise) about lost baggage, it would be a real shame if airlines started clamping down on these trackers which, at the least, provide some hope when checked in bags are lost.

May be we'll see a similar backtrack from Air New Zealand soon.

Posted by Rodney at Wednesday, November 02, 2022 No comments:

To Christchurch and back again

Earlier today I had a day trip to Christchurch. An early start [07:10 departure], which meant a practically inhumanly early, and at least antisocial, start to the day, getting up at 05:30. Sympathy is very welcome 😂.

It did mean it was about 16-17 minutes between my front door and the front door of the airport, and about 1 minute more to get to the gate, so I suppose it was not all bad.

It was an ATR72 both ways [urrrggghhhhh] but it's only a short trip, so I suppose I shouldn't complain too much.

Before departure pictures... The first one is proof that it was still rather dull when I arrived at the airport. The second is my ride to Christchurch.

It was lumpy all the way in, but actually quite a fun ride. And I didn't have to pay extra for it! Ha ha

Anyway, photos on leaving Christchurch... the first picture is as we taxied out and the second as we past overhead Kaikoura and about 20-25 minutes before it got rather lumpy...😂