Is this the coolest two-seat aircraft ever? Perhaps it is!

I suppose that is something that could be debated for ever and a day, but earlier today I started my first tailwheel rating, on a PA18A-150 Super Cub, and yes, it is pretty awesome!

Today's flight included steep turns, basic and power on staffs, a forced landing, a visit to a local strip and lots of circuits back at Whanganui Airport [NZWU]. the aircraft a former ag aircraft, ZK-BKN. I clearly have a lot to learn, particularly after touchdown :-) Still, I managed to avoid ground looping it and it was a whole heap of fun! :-)

If the weather is good next weekend, I'll be up in Whanganui for some more flying. If not, then the weekend after.

Just one photo after it was put back in the hanger.


For more information about the Super Cub, check out this Wikipedia link.

Here are a selection of pictures from today. Nothing particularly flash, although I do like the first picture of the Virgin Australia-operated Boeing 737-8FE, VH-YIZ, as it was passing through a brightly lit area while most of the rest of the photo is in shadow.


Next up is the Westpac Rescue helicopter, a Kawasaki BK117 B2, ZK-HLF, which is operated by Helilink.

Third up is an Air New Zealand-operated Airbus A320-232, ZK-OJR, just prior to touchdown.

Last up is a Mount Cook Airline-operated ATR-GIE ATR72-600, ZK-MVD.

A Cessna 182 in the WAC hanger

Today's picture is of a visiting Cessna 182T, ZK-AFT, which is in the Aero Club hanger for a day or two. This is registered to an Auckland address. This aircraft has Garmin G1000 displays.

After yesterday's wind and rain, today was sunny, albeit a little breezy in places. There was a lot of Club flying happening, as well as a visiting Partenavia P68C, ZK-TZZ. This aircraft is operated by Canterbury Aero Club and was visiting for a few hours.

Yes, it is raining hard today...

There's no Aero Club flying at Wellington today... instead there is plenty of low cloud and heavy rain.

Here are a few photos to demonstrate. If you click on the first photo, you'll see how heavy the rain is...

There was plenty of standing water on the runway and low cloud in the vicinity, as the following picture shows.


A few minutes later this ATR72 departed. The pictures do show about how dark it was in the middle of the day.

Last night I went flying... just a few circuits to keep current at night. While waiting for my passenger to turn up, I took this photo of a Royal Australian Air Force-operated Bombardier 604 Challenger. Unfortunately it's not a great photo [I didn't have all my gear].

Aside from that, it was a fantastic night for flying with great visibility, only a little other traffic and very little wind [around a 3 knot northerly for the entire 40-something minutes].

Something a little different!

Here is something a little different from the usual... an old video of some very old flying [and almost flying] machines! I'm just surprised that some of these even got airborne!

Email ThisBlogThis!Share to TwitterShare to FacebookShare to Pinterest
Labels: Video

A ride as a passenger today

Today I got to go on a flight from Wellington to Omaka and back as a passenger. The weather was surprisingly good [albeit rather cold!] and despite winds gusting up with 30 knots at Wellington, there were smooth flying conditions everywhere we went.

As I was a passenger, it was a good day to take photos. The aircraft was Wellington Aero Club's Cessna 172N, ZK-FLT. Thanks to Lawrence for taking me along for the ride!

Anyway, here are some photos from the trip.


Many thanks to Lawrence and Jelle for allowing me to come along for the ride!
Posted by Rodney at Sunday, August 07, 2016 No comments:

In the last post from the Whanganui airport open day, I have some pictures from a brief display put on by a Pacific Aerospace Cresco 08-600, ZK-LTL, which is operated by Ravensdown Aerowork, a well known local agwork operator.

The photos hardly do justice to the display - it's one of those displays where you really need to be there.


Now for the very last two photos from the open day, here's another one of the SAAB-Scania SAAB SF340A, ZK-KRA, currently still operated by Kiwi Regional Airlines, but soon to be operated directly by Air Chathams. As can be seen, it is already in the full Air Chathams livery.

Aside from the DC3, which is a genuine warbird in its own right, there were two other interesting warbird aircraft that visited.

First up was the de Havilland DH112 Venom Mk 1, ZK-VNM, which is operated by Wanganui Sea and Air Charters.

Second up was the Consolidated-Vultee PBY-5A Catalina, ZK-PBY, operated by The Catalina Company of a Papakura address. Unfortunately I missed getting photos of the fly past... you'll just need to trust me when I say it looked awesome!

Not too many photos here, just a couple of some old equipment in the old airport tower, which is being gradually restored by a group of dedicated volunteers.

The first picture is one I published earlier, showing the outside of the tower building. Ok, so there's a nice airplane in front of it, but you get the picture!


The following pictures are of some old equipment, probably dating from the times that Whanganui was actually controlled. 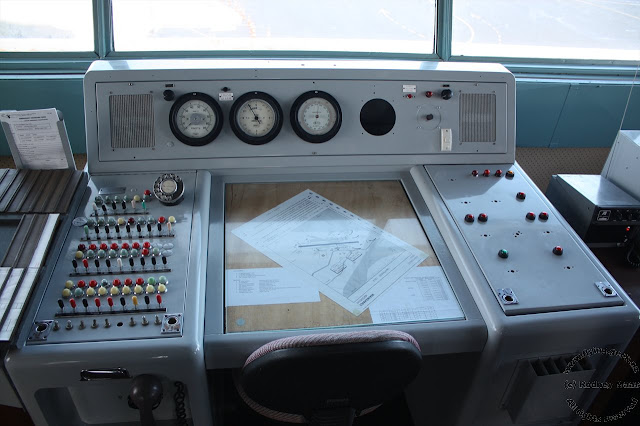 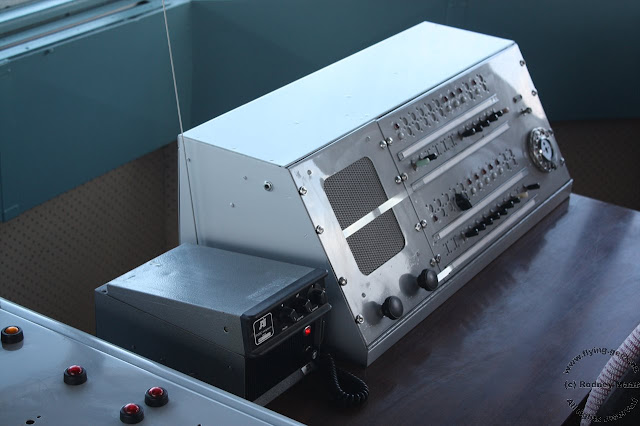 Last weekend's open day included a number of local aircraft and operators including the Wanganui Aero Club. As I noted earlier, the weather was hardly conducive to flying, although a little bit did occur during the afternoon.

Anyway, here are a few of the lighter aircraft that were out and about.