After yesterday's unexpected flying, I remained firmly attached to terra firma today. A pity really as the Club had a trip away to Martinborough today, but then, I don't want to upset the bank manager too much :-). I imagine there will be numerous photos on the Club's Facebook page very shortly.

Visitors today included this General Dynamics Allison Convair 440/580, registered to Air Chathams. Note that one of the props is fully feathered... maintenance perhaps?

Next is this Piper PA28-180, ZK-CUC, registered to a Warkworth address. This aircraft diverted to Wellington with a 'door latch' issue - one which has resulted in an unexpected stay in Wellington for at least one night. here's hoping they don't get rorted by the airport company and its extremely high parking fees...

Last visitor is this Royal New Zealand Air Force [RNZAF] Beechcraft B200 Kingair, NZ7121. This is one of the new models that have just come on strength with the RNZAF. 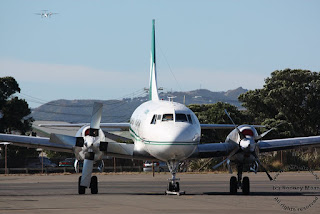 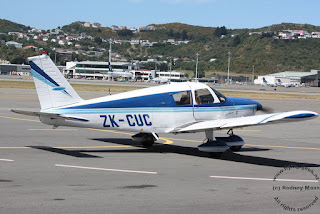 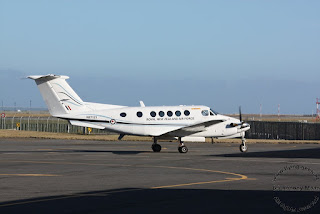 I wasn't planning on going for a flight today [it's amazing how often I say that], but ended up getting up, out and about twice today...!

The first flight was a nice relaxing flight with Kai and Diane in the Club's Piper PA28-161, ZK-MBG. Kai was the pilot and we headed out of Wellington to the north and on to Masterton for a quick stop. From there, we headed south and around to Cape Palliser and the lighthouse [yes, the same place that Lance took me to two weeks ago!]. From there we headed back to Wellington. The photos which follow the show the view from the top of the Hutt Valley looking south towards Wellington, in the circuit at Masterton, Cape Palliser lighthouse and approaching Wellington airport.

The second flight was totally unexpected. the CFI [Chief Flying Instructor] issued an 'order' :-) for me to go, preflight the Cessna 172N, ZK-FLT, and fly 'CT' to Paraparaumu to pick up another aircraft. Hurry, do it now! Ha ha... I can't really afford the flying right now, but when I'm asked so nicely, it's hard to resist :-) The flights to and from Paraparaumu totalled an hour. Fun! 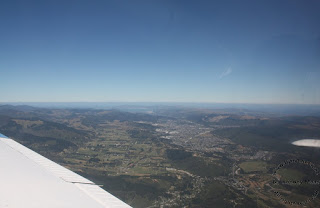 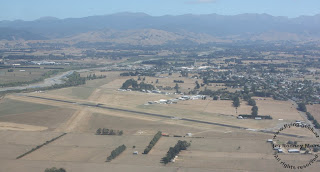 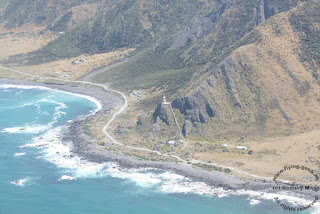 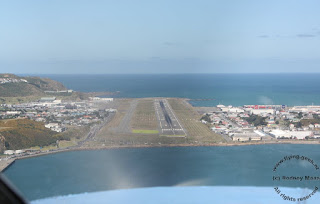 Posted by Rodney at Saturday, February 23, 2013 No comments:

The weather today was just about perfect for a flight and so, although not expecting to go up today, it took all of about 30 seconds after arriving at the Wellington Aero Club to get the paperwork I needed to preflight the aircraft :-)

For today's flight I went up in a Cessna 172N, ZK-FLT, by myself in order to practice those manoeuvres which I can't practice with passengers - stalls, forced landings and low flying around our expansive low flying zone. Nice!

After coming back I found our that another Club pilot was heading out in a Piper PA38-112 Tomahawk, ZK-ESG, for a look around Palliser Bay. I managed to invite myself along for the ride [Thanks Lance!] and a short time later we headed out for an hour or so of sightseeing.

Photos from my trip with Lance, top to bottom are:

Southern Wairarapa area, looking out over Lake Onoke
Lighthouse at Cape Palliser
Rimutaka Ranges over Wellington City and across Cook Strait to the South Island! The picture doesn't really do it justice :-)
Ward Island VRP [Visual Reporting Point] in the Wellington Harbour 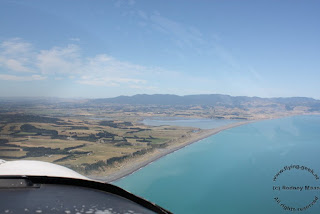 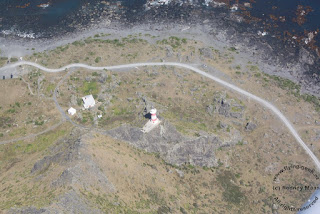 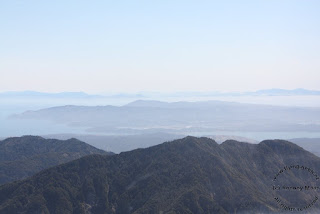 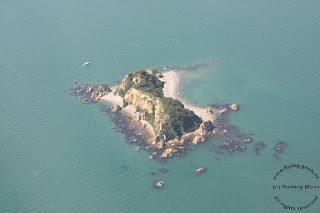 It was a wee bit too windy for me to go flying today, so unfortunately I had to cancel the planned flight and watch the airlines do their thing instead.

One interesting visitor that did arrive was this Piper PA46-310P Malibu, ZK-MBU, registered to a Richmond [near Nelson] address. 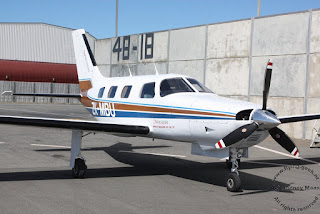 Unlike many countries, there is effectively no competition for any of the major airport companies, particularly in the domestic market. Apart from perhaps in Auckland, we are not large enough to sustain more than one airport per city [and Auckland still only has one airport providing large-scale scheduled commercial services]. These natural monopolies are therefore effectively unrestrained [in my opinion] from making excessive profits.

My prediction? The lawyers will get rich, the Government won't do anything, the airport will continue to charge whatever they want to and the public will continue to to pay more for flights, parking and other services than what they might otherwise have to in a truly competitive market.
Posted by Rodney at Saturday, February 09, 2013 No comments:

Today is New Zealand's Waitangi Day holiday, and with the nice weather we are having I went for a flight around Palliser Bay [east of Wellington] to practice stalls, turns and forced landings in the Club's Cessna 172N, ZK-FLT. It was a bit cloudy, and in places, hazy, but after doing a simulated forced landing, the weather had cleared up plenty good enough to climb up just above 3000' for some stalls, followed by another forced landing.

After all this I headed back to Wellington for a few circuits. Being a public holiday, the airport was fairly quiet, and I managed to slip in between the small amount of commercial traffic with no delays. It all went good and with the southerly wind, the flying was "smooth as" :-)

My next flight is booked for this Saturday, where I'm hoping for much of the same, plus perhaps a bit of low flying :-)
Posted by Rodney at Wednesday, February 06, 2013 No comments:

"Inventions that Changed the World"

Here is a video [one of a series] featuring an invention that helped to change the world - the aeroplane, and in particular, the jet engine.

Apart from [the often obnoxious] Jeremy Clarkson, and the fact that this is a wee bit dated [it is just prior to the Airbus A380], it's a great episode which is well worth watching.