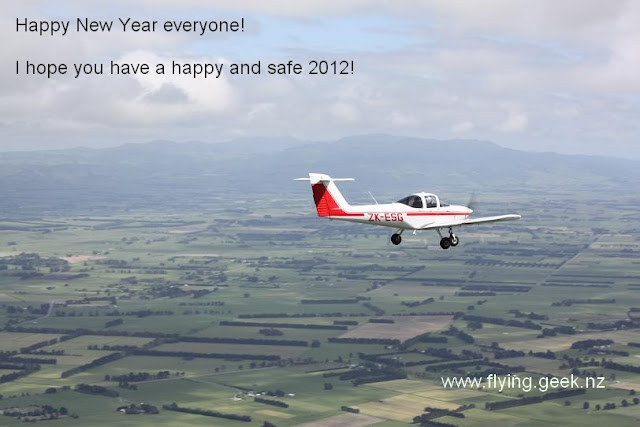 Posted by Rodney at Saturday, December 31, 2011 No comments:

Back in Wellington... Qantas, Jetstar and Vincents

After a quick trip away for the Christmas break, I arrived back in Wellington yesterday afternoon. This afternoon I popped out to the aero club for a nosey. Aircraft seen today are are follows: 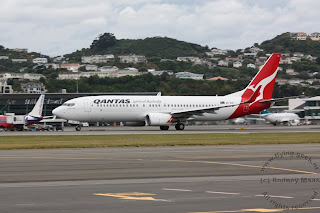 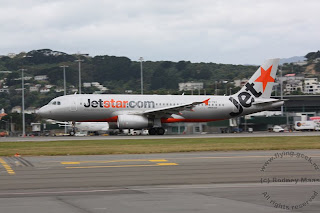 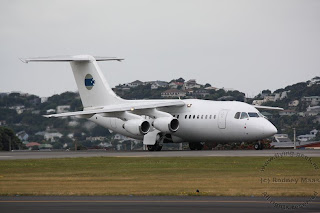 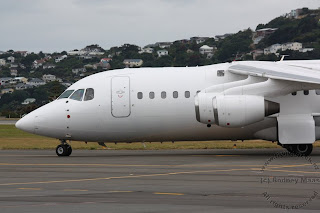 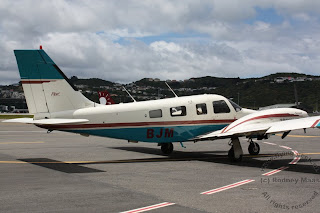 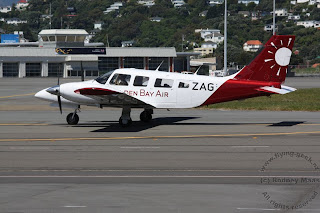 I got to go for a ride as a passenger today for a few circuits with another club member. It is always nice to be able to sit back and relax while someone else does the flying bit :-)

Below are a couple of photos. The first is one of the "new" Club hanger. For those of you who know Lyall Bay shopping centre, you'll know exactly where this is with the bright red Warehouse in the background. If you are in the area, come along and say "hi". If you want to see what flying is like, ask at the desk for a trial flight [also a great Christmas present!].

The second is a nice picture of the city and harbour area. As you can see from the water, there is very little wind with some nice cloud cover to keep things a little cooler. A great day to go flying :-) 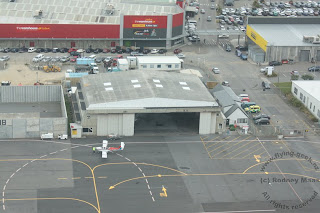 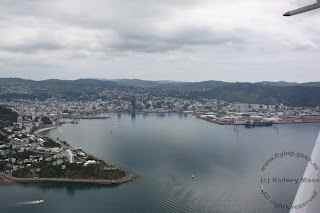 I'm stumped! It's a mystery! What sort of plane is this?

Update: Time corrected to 12:21pm (my camera clock was not adjusted for daylight savings!)... and Cessna C525B, ZK-TBM was flying NZNR to NZQN at this time, so that fits. Thanks everyone for the updates on Twitter, Oz-spotters list and here!

Yep, it's true. I've photographed a plane and I have no idea what type it is! If anyone has any ideas, I'd love to hear them. This aircraft went over head Wellington [or just north of] at about 12:21pm this morning [Saturday 10 December]. We only noticed it because of the condensation trail behind it which was well formed, indicating low winds at altitude.

It appears to be a twin engined aircraft with a straight leading edge [so, not a Boeing or Airbus of any sort that I can tell] and probably at least 30,000 feet, possibly/ probably higher. The wings look quiet large compared to the body also, and it might have rear-mounted engines. Perhaps a business jet of some description?

Unfortunately, the plane being a stolen American surveillance drone being operated by the Iranians who are spying on us has already been suggested... no points for that one! [Iranians Capture US Spy Drone?] However, if you really believe it was the Iranians, then please send a stamped, self-addressed envelope to me with $50 cash and I'll send you a tin-foil hat. My address is... ummm... errrrr...... ok, just email me the cash :-)

Here's the picture. It's a bit fuzzy, but it's the clearest resolution I could do. 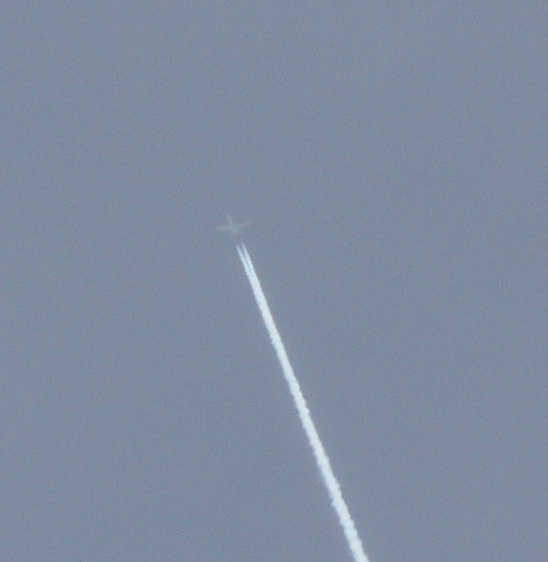 In the post are a few of the larger aircraft I spotted today. First and foremost is the latest Air NZ Airbus A320-232, ZK-OJR, which like ZK-OAB is in the All Blacks paint scheme. Nice! 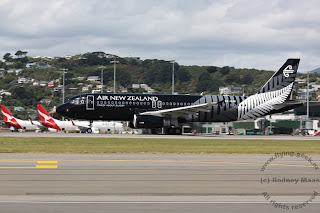 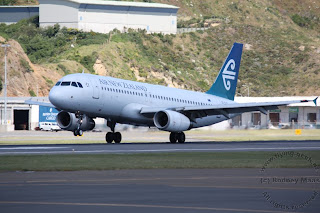 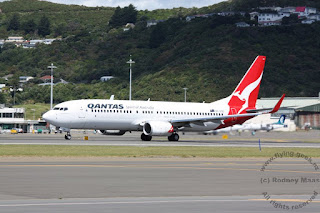 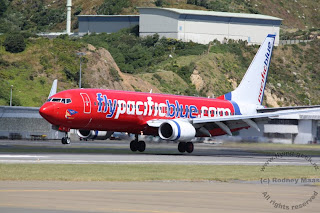 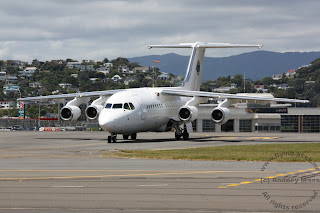 A couple of light aircraft at Wellington

Here are photos of a couple of light aircraft which visited Wellington today.

The first two aircraft [3 photos] are Diamond DA40 aircraft, ZK-MTC and ZK-MTK, both registered to Massey University School of Aviation.

The final picture is a Sounds Air Cessna 208, ZK-TZR taking off. 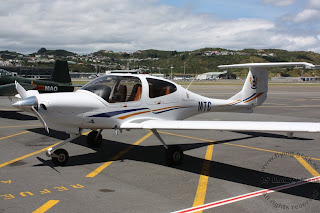 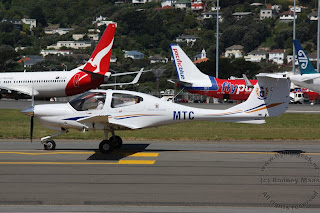 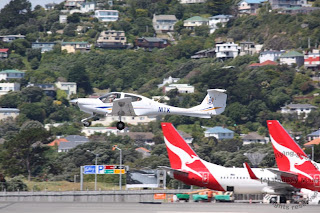 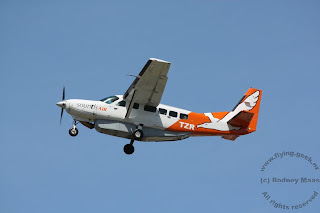 Today on the RNZAF Air Movements apron was this US Air Force Gulfstream C37A, 97-0401. A few more details are on the MRC Aviation blog. 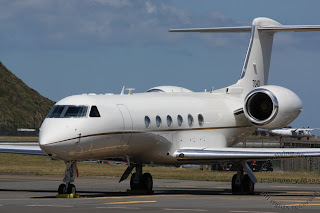