A quick trip to Auckland on Jetstar

I had a quick trip to Auckland today for work. I didn't take my usual camera, so I only had my cellphone. The flights there and back were on a Jetstar A320. I wouldn't pick Jetstar, but then, I didn't book the flights...

The trip to Auckland was rather uncomfortable. Even at only 6'2", my knees were hitting the seat in front of me, and when the guy in front reclined his seat briefly, it was much much worse. Even one hour caged like a battery hen is too much. It was the least comfortable flight I recall every experiencing. On the way back I was allocated an exit row, so heaps of space. Nice and comfy!

Jetstar also appears to a little unconcerned about that thing called "hygiene". The first flight there was rubbish left in the seat pocket, and the second flight didn't have seat pockets, but the floor had lots of crumbs on it, and the tray tables had food/ drink stains that looked like they had been there a while. Maybe I'm just a wee bit to sensitive about sitting in and around the mess of strangers?

Anyway, I got a couple of photos and a brief video at Auckland, and a rather longer video of the approach into Wellington. The sound quality is very poor - I think I was occasionally covering the microphone... Doh! I'll get better with practice [well, maybe! :-)] 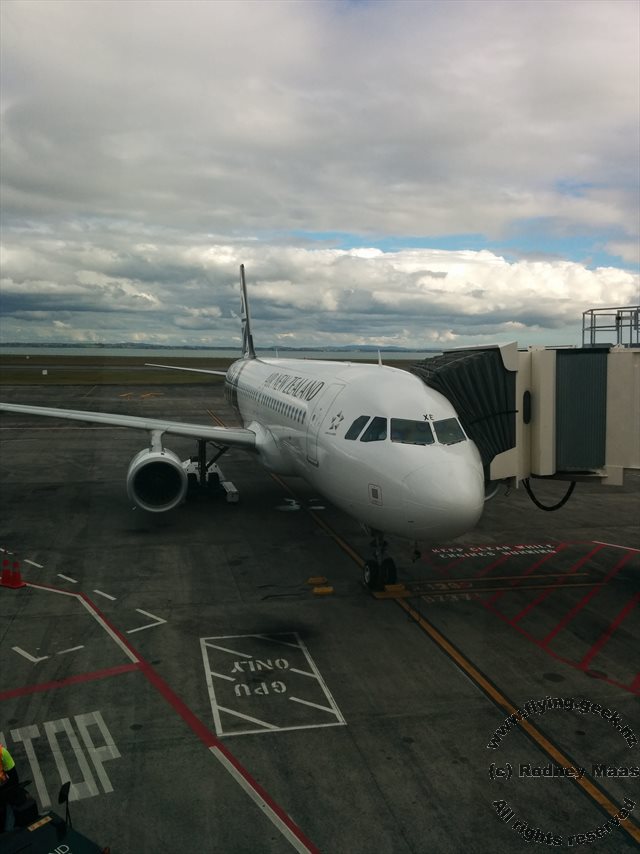 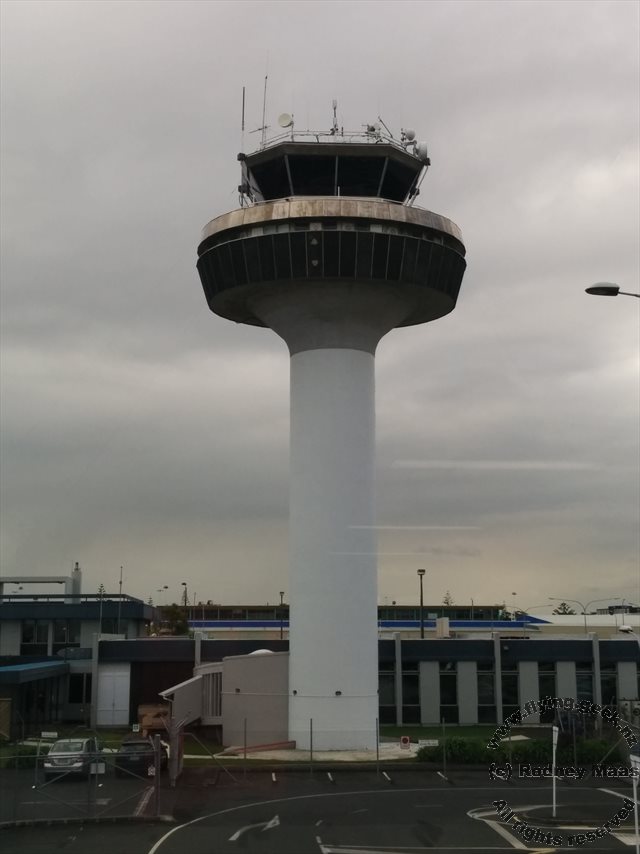 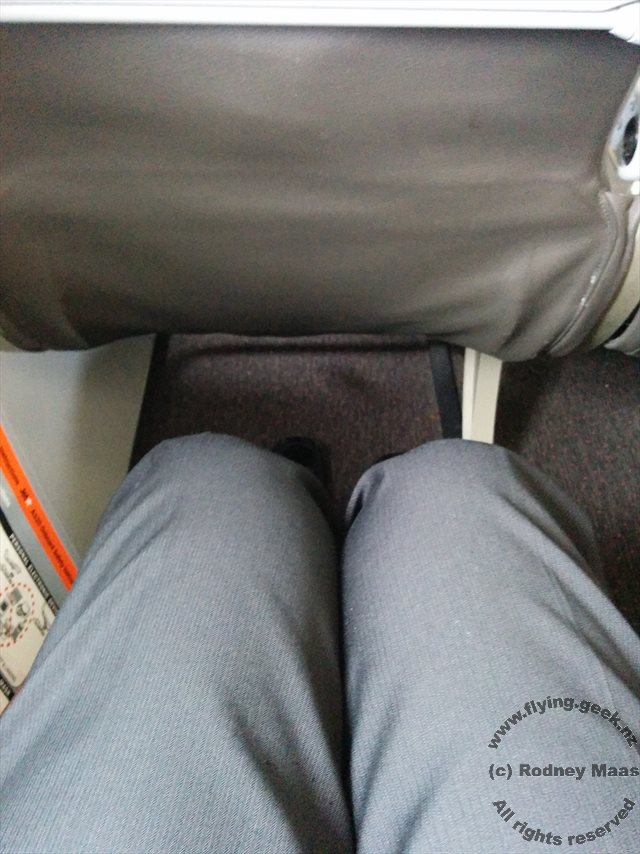 HEAPS of legroom on the way back. Much better than the battery hen treatment on the way to Auckland!

Video of the approach into Wellington International

Today was Life Flight Wellington's open day. This is a big day for them the show what they do, and to raise some money for their rescue helicopter and air ambulance services.

I realised after I left I don't really have any pictures from inside the hangers, where they had food, bomb disposal, drug dogs, police, ambulances and fire service demonstrations... you'll just have to picture that :-P

Outside they had their British Aerospace Jetstream J32, ZK-LFW air ambulance and Kawasaki BK117 B2, ZK-HLF, rescue helicopter. The Jetstream was on static display with queues of people wanting to take a look through it, and the helicopter had the same queues in between its displays. 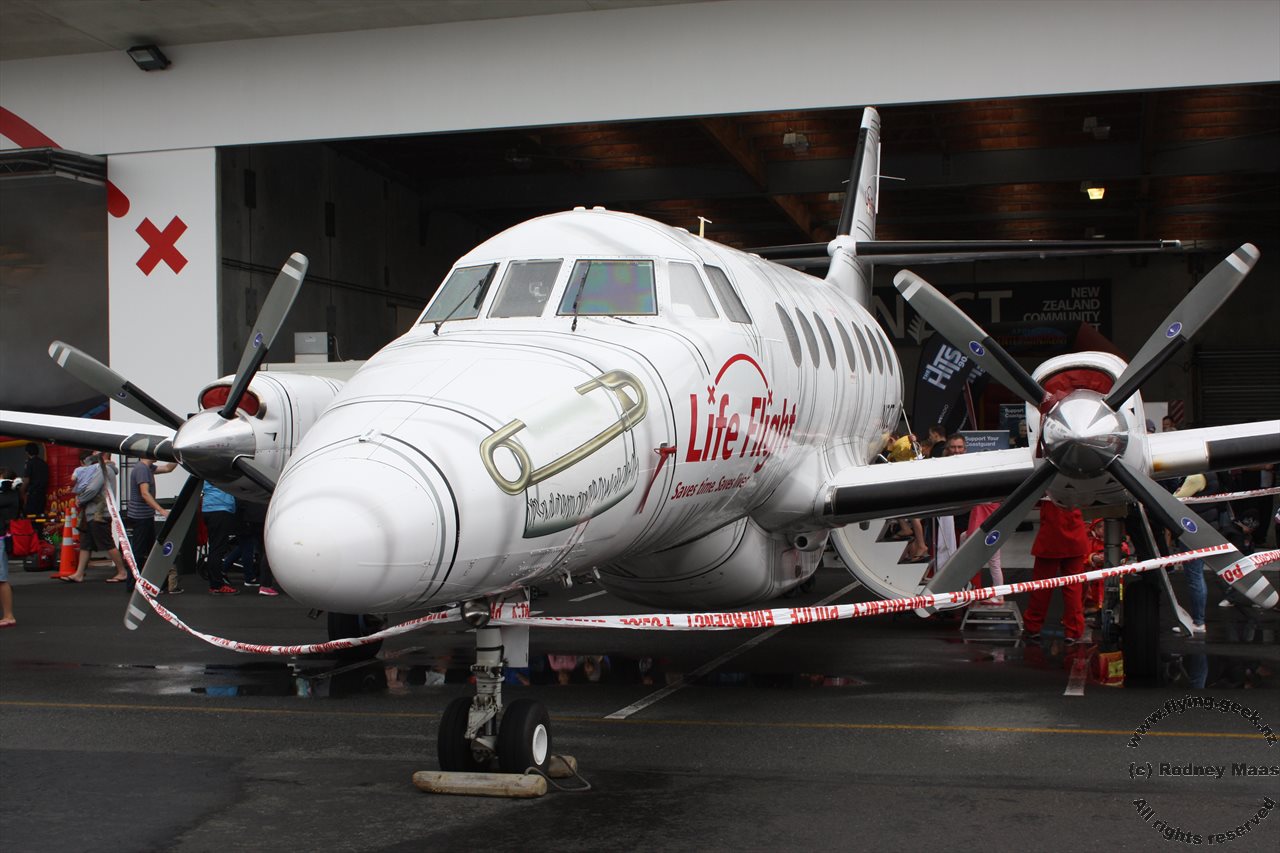 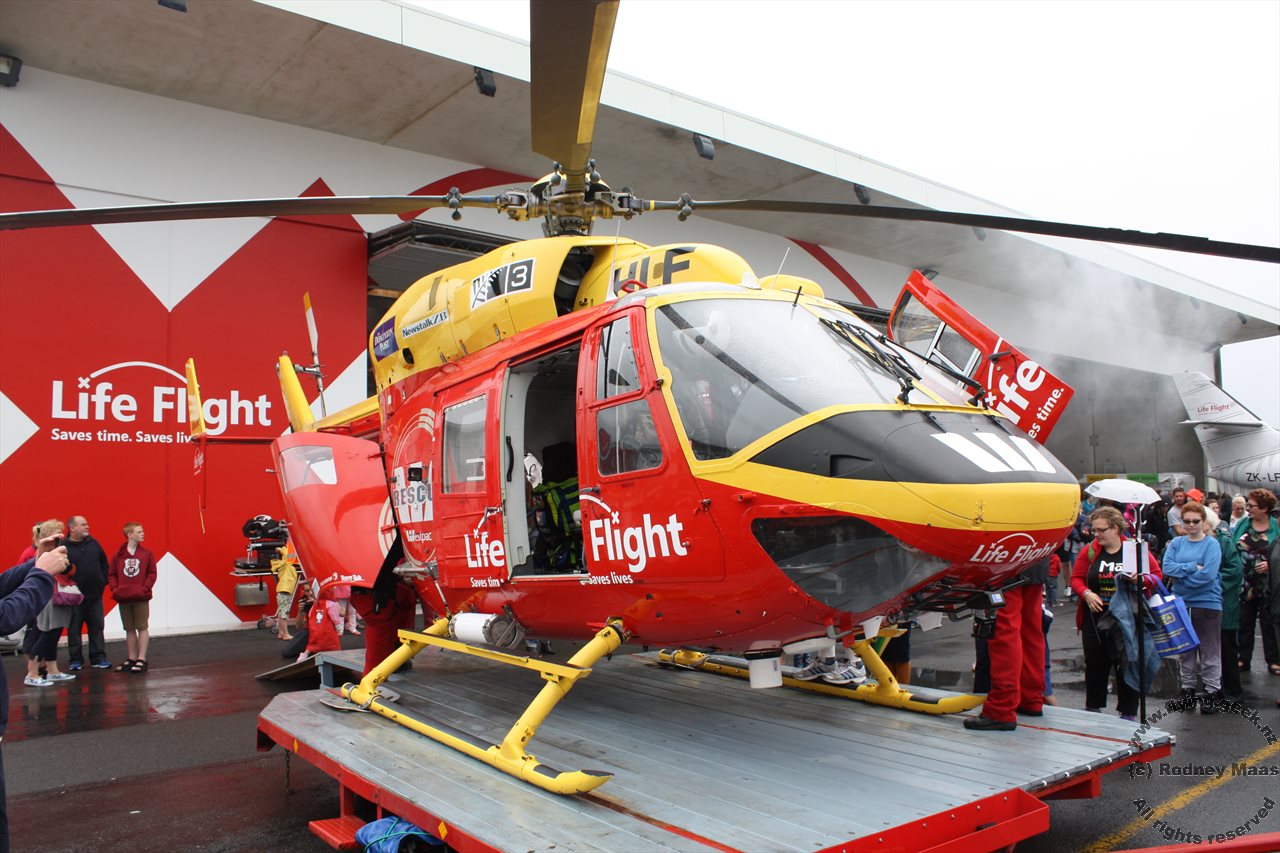 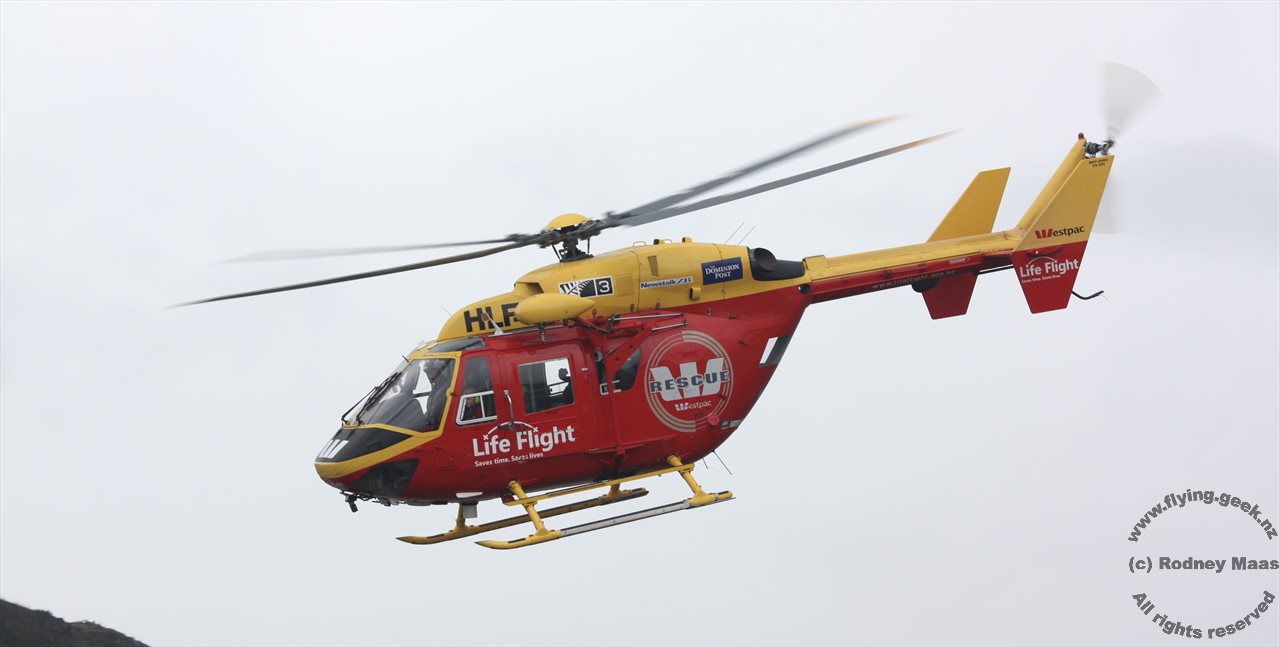 Soon after these photos were taken, I headed over the to Aero Club. As you'll see from the following photos, the weather got worse after I left the displays... very glad I was not flying today!

View across to the Eastern Apron. Not nice...

I arrived at the Aero Club on a warm and not-too-windy day just in time to New Zealand's on Mitsubishi MU-2B-30, ZK-KOH, depart for Wellington.

This aircraft is operated by Search and Rescue Services of a Taupo address and so I presume it was operating as an air ambulance.

In other, semi-related news, the local Life Flight rescue and air ambulance service has their open day tomorrow, Sunday 22 March. Present will be the fixed wing and helicopter aircraft, other emergency services, food and drink and plenty to do for the kids. Even if the weather is a bit dodgy, they have a couple of big hangers and you'll be able to look inside their aircraft.

Do take a look and support them if you are able. They are located next to the Aero Club, so are very easy to find!
Posted by Rodney at Saturday, March 21, 2015 No comments:

Flight in a Nanchang CJ6

Today I had the pleasure of being a passenger in a Nanchang CJ6, ZK-MAO, courtesy of one of the syndicate members [Thanks Erich!]. The CJ6 is a Chinese designed and built aircraft, and was designed as an abinitio trainer for the PLAAF. This particular aircraft is owned by a syndicate and is based at Wellington Aero Club.

The trip was a quick trip out to the southern Wairarapa area for some gentle turns and a bit of a look around. Fun!

The aircraft is a nice one to sit in... quite utilitarian [as one would expect!] but very roomy. The instruments are the original Chinese instruments, except for the altimeter which was required to be changed [The Chinese use metric instruments, but the altimeter is the critical one]. It also has a digital g-meter installed in the front cockpit.

Anyway, on to a few pictures from the flight. 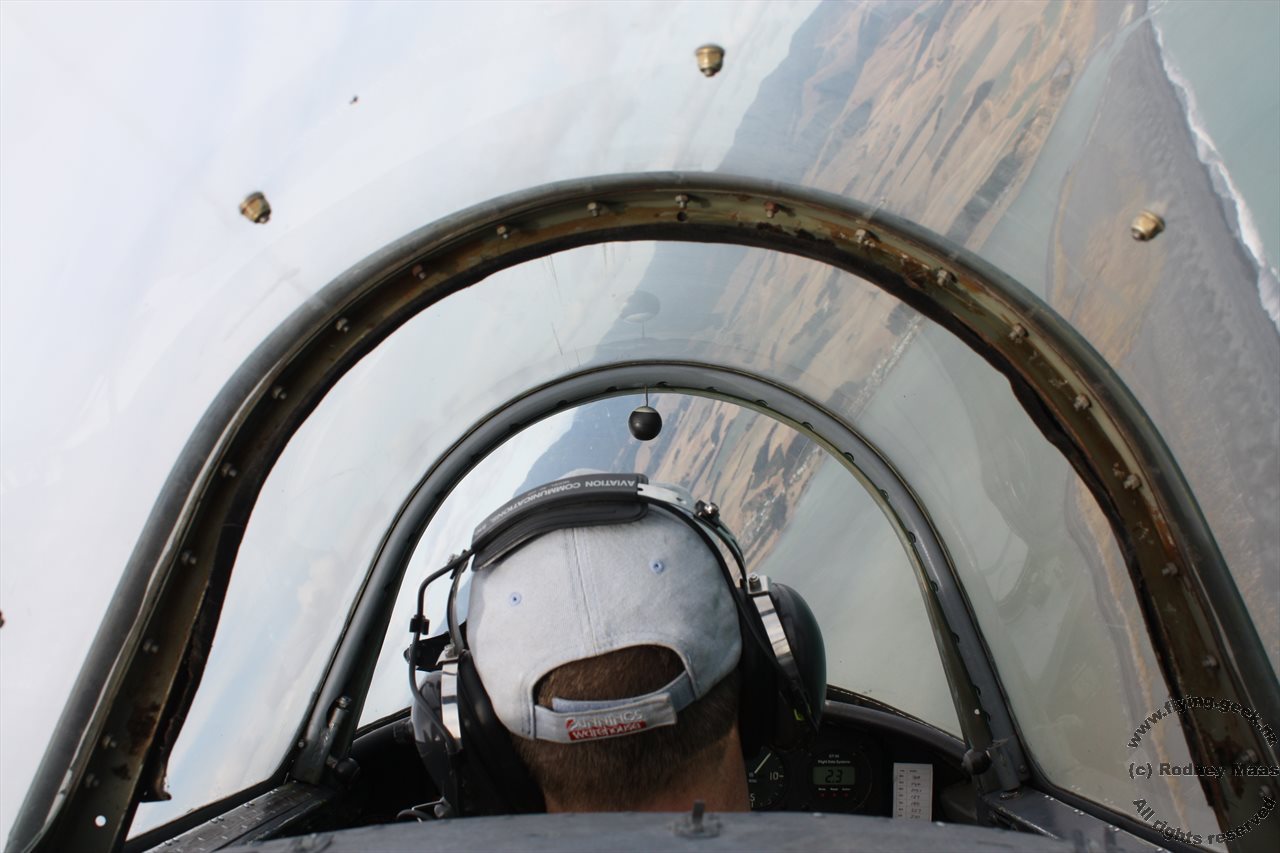 Turns in the southern Wairarapa 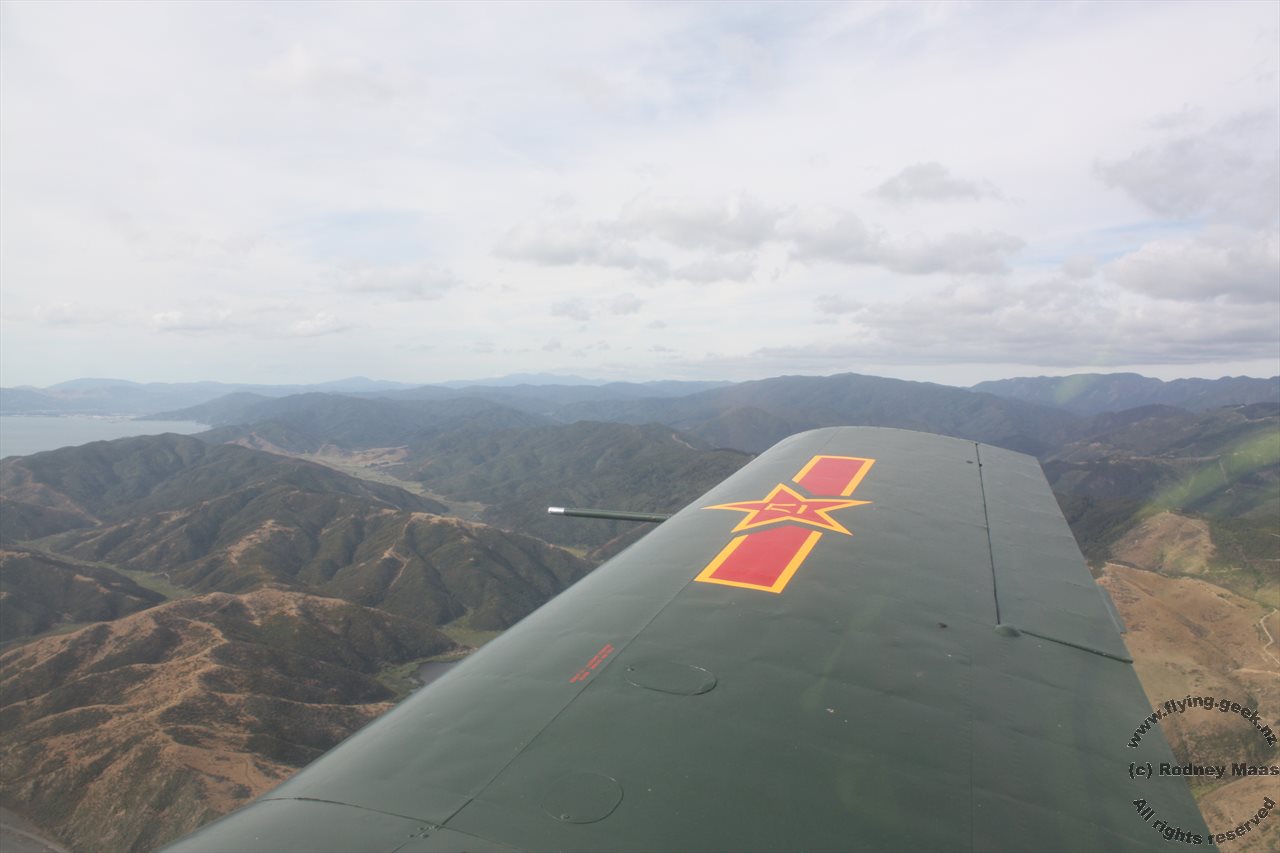 Looking north on the Pencarrow Arrival procedure into Wellington 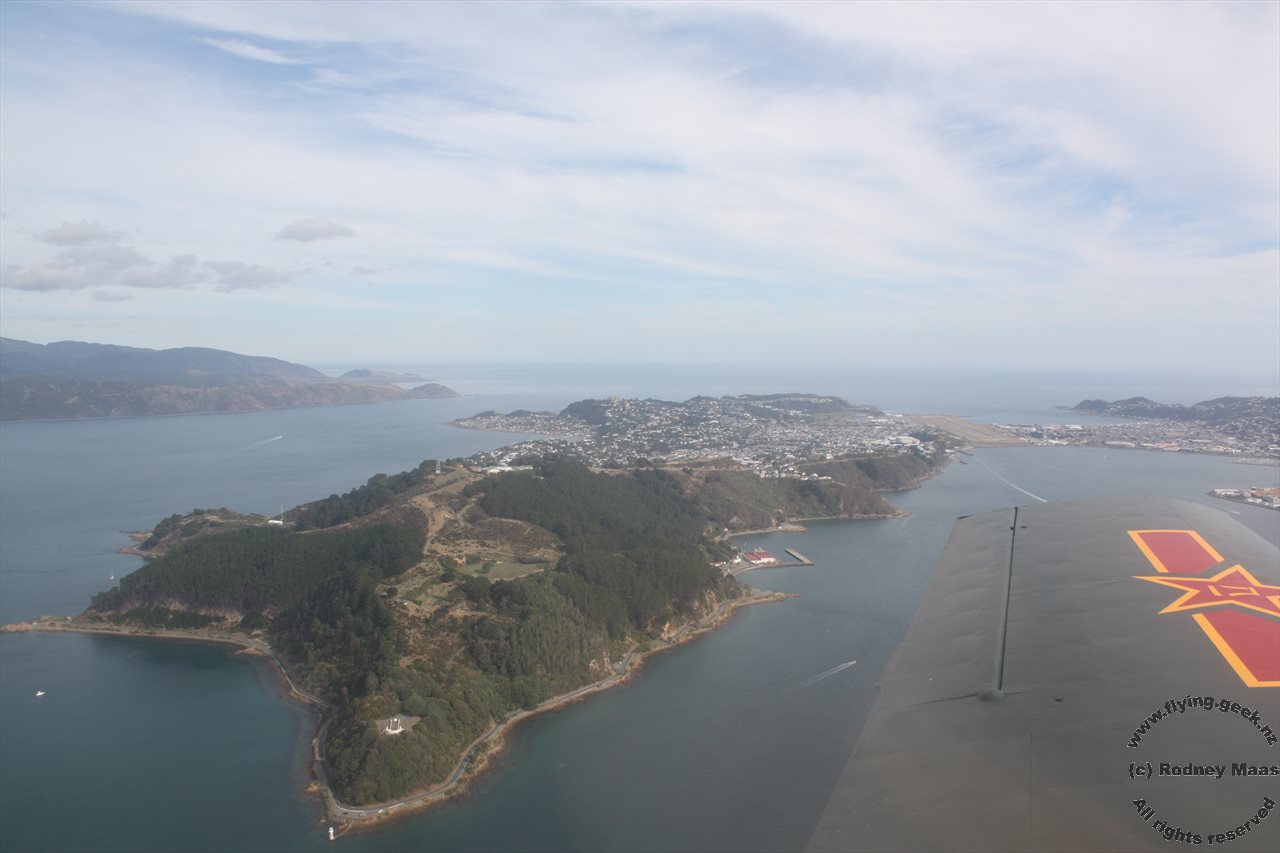 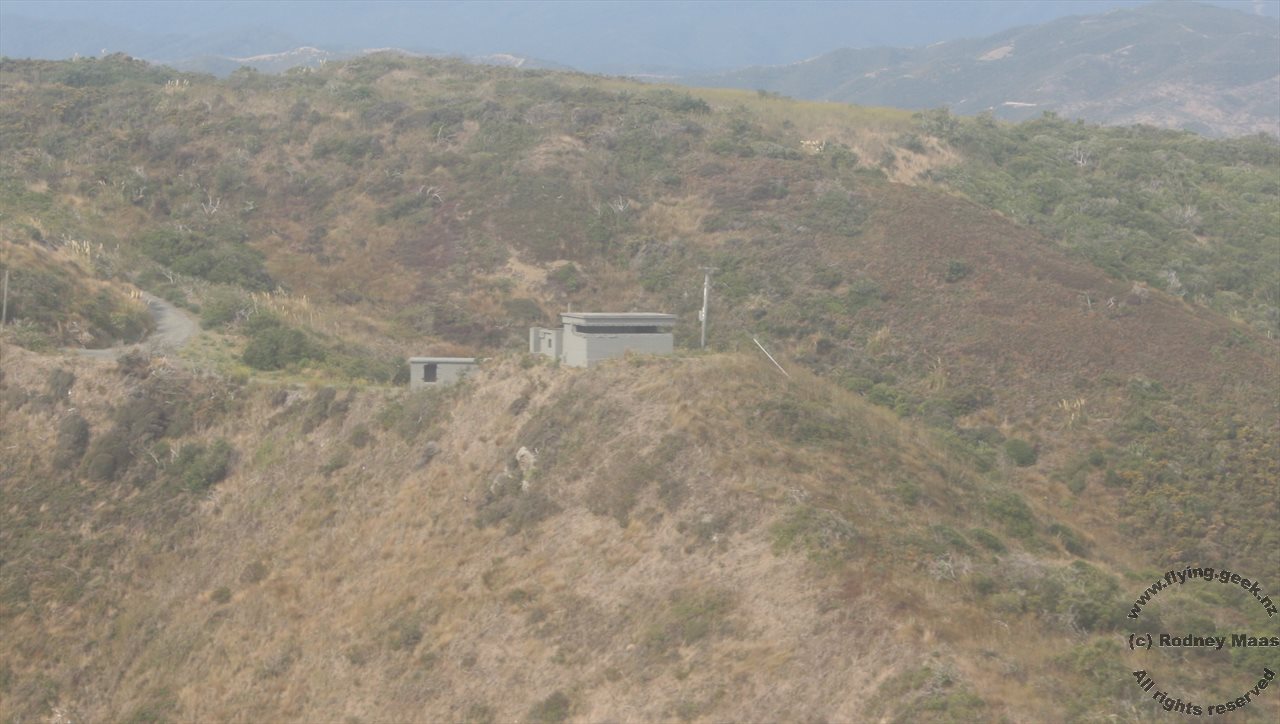 An old gun emplacement on the hills around Strathmore as be departed. These are easily accessible by foot and are a great place to take photos!
Posted by Rodney at Sunday, March 15, 2015 No comments:

I have three photos to show of the many taken today. Types are two B737's and an ATR72.

A new addition to the blog is a page called Spotting Locations at Wellington airport [click here].

This page contains a description of some of the more accessible locations in and around the airport were you can stop, look and take photos.

As also, do take care as one or two of these have steep cliffs nearby [shouldn't be a problem if you stick to the paths or paved areas!], but they may allow you to take some spectacular photos form time to time. 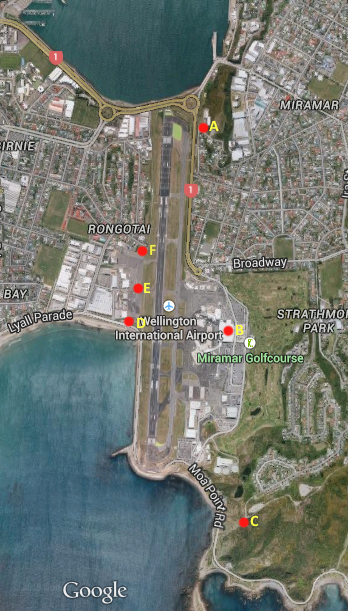 Today's picture is of an Air Nelson/ Air NZ Bombardier DHC-8-311, ZK-NER after landing at Wellington.

Also, the weather was much better today than yesterday. Good enough for a fair amount of Club flying.

My last post for today is of a Virgin Australia Airlines Boeing 737-8FE, VH-YIM.

Some of you will have heard that Virgin Australia is in the process of transferring all of their NZ registered aircraft to the Australian register and AOC. I'm not sure that this is one of them, as this aircraft has been on the Australian registered since 2012, and so it appears that they are using the flexibility of the re-registrations to use other aircraft in their fleet to service the trans-Tasman routes.

If anyone has different info, I'd be glad to hear it.

Anyway, here it is landing in the rain then departing in the dry:

Today's Airbus' and a Boeing

Before, during and after the first lot of rain there were a small number of movements. Unfortunately, Wellington is usually fairly quiet on the weekends... and I have to work during the week. Mind you, there's not such a large range of aircraft at any time that I can't see each type over a few weekend hours... :-)

So, here we have a few of the Airbus and Boeing aircraft that came through today.

The first decent storm of the year...

The first decent storm of the year arrived and left today, with high winds, some hail, thunder and lightening. I quite like storms, and unfortunately it didn't last long enough :-)

Obviously there was no Club flying today. Maybe there will be some tomorrow.

None of this stopped the commercial operations at Wellington though, as this and the following two posts will show.

First up I have pictures of a couple of ATR72-212A's. ZK-MVA and ZK-MVB are both operated by Mount Cook Airline/ Air New Zealand. ZK-MVA of course is the All Black livery, and ZK-MVB shows off the new standard Air NZ livery,