Monday evening was a different aviation experience for me, with Air NZ testing to towing of an ATR72-600, ZK-MVH, using their Lektro [please someone correct me if this is wrong!] towbar-less aircraft tugs. These tugs are used on their DHC8's already - maybe A320's as well?

Apparently though, it was a world-first with the manufacturer having only just certified that it can be done, and with Air NZ being the first airline in the world to test it for real!

The test consisted of filling every seat and the baggage compartment [and presumably fuel] and towing the aircraft around the apron for a good hour or so, just to make sure everything would work, and that the aircraft could handle it. Tests were conducted with props spinning and still. Apparently, ATR72's have a relatively "weak" undercarriage, which limits the amount of force that can be applied to it and alongside that, there's a reasonable and understandable desire to ensure the aircraft CoG isn't an issue [this might be the biggest issue from what I'm told]. Add in a wet tarmac, some slope [I think the Wellington apron slopes up to 1-2 degrees in places] and wind, and it's certainly something worth testing before it is needed for real.

A driver for this change of proceduresis a rearranging of gate positions at Wellington, so that ATRs will be backed [using the tugs] onto the gate, then "driven straight out" when they are loaded. So... expect to see some changes in the future!

As for the evening itself, there were about 15-20 Aero Club people [and associates], plus a bunch of other people to fill ever seat in the place. There were two of Air NZ's friendly cabin crew, who gave us water, biscuits, fudge and lollies... and for some reason I was given a kid's colouring in page and pencils... :-) ha! First of the plane also received pizza... I was almost last, so ,missed out on that :-(

Anyway, here are a few pictures form the evening. Photos were taken on my phone. I really wanted to get a photo of the tug, but it was a bit out of the way, and I'm not sure wandering around would have been that welcome!

First up is an entrance to the airport terminal, after parking.

We must be at Wellington Airport - where else would you be greeted by this at the checkin counters? 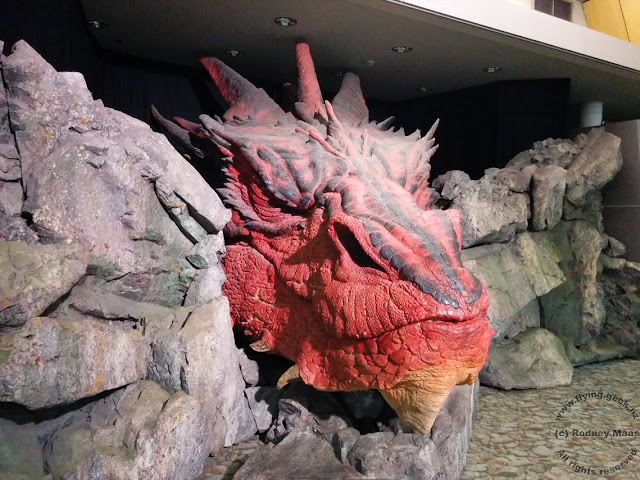 Everyone received a personalised boarding pass - this was a requirement since we were going airside. A nice souvenir anyway!

On arrival at gate 9, we got our first glimpse at the ATR72-600, ZK-MVH, which we would be seated on for just over an hour.


Following this, it was backed up to the gate, ready for boarding.


Amazing how happy a bunch of airplane people can look when sat on an aircraft which is not going to take off! I've blurred the face of those not associated in some way with the Aero Club... the rest of you, well, here you are!

The normal facilities were available, but not needed! Actually, the place had been cleaned, so we were asked to not use the on-board lavatory, but to use the terminal facilities if needed.


Still not sure why I was given one of these... funny though, and I think I'll send it to a young lass in the UK. She'll like it!

After the non-flight, we exited the aircraft and headed back into the terminal. These two photos came out quite well, since it was my phone camera and hand held. 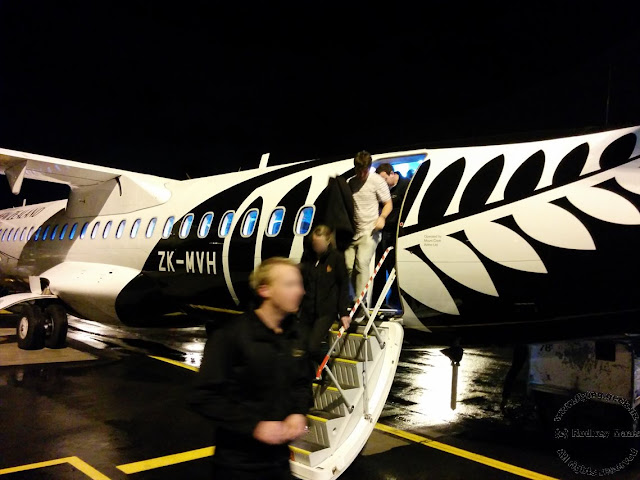 All-in-all, a fun evening, and a good chance to sit on a plane and talk plane talk with fellow aviators. Not something you get to do every day!!

Here are a few pictures of Sunday's wet and windy departures for Air NZ.

Today was [as forecast] wet and windy, so no club flying. It did make for a few interesting photos, the first of which are these four photos of Jetstar departures.

Today's photo is of a Sounds Air-operated Pilatus PC12/45, ZK-PLT, taking off from Wellington this afternoon.

Another video from my recent trip around Kapiti Island

Here is another video mum sent me from the recent flight around Kapiti Island. This is a short one of the return to Wellington when we were over Lower Hutt/ Petone. This really shows off how smooth the day was. Fun times!

I was invited along for another flight today - this time as a passenger with Lawrence flying a few circuits on one of WAC's Piper PA38-112 Tomahawks, ZK-TAW. It was another fantastic weather day with light winds and great visibility. The first picture is just after takeoff from runway 34. 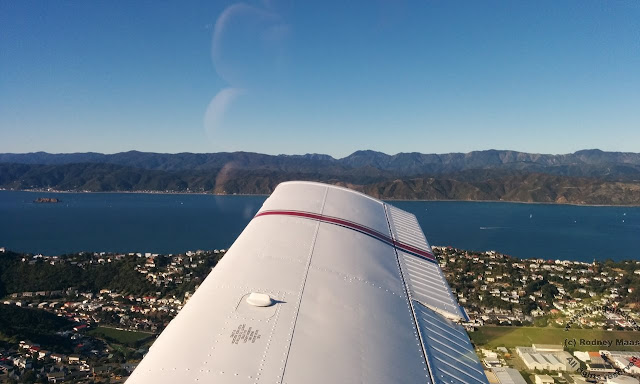 Look closely at this second photo as the South Island is visible! 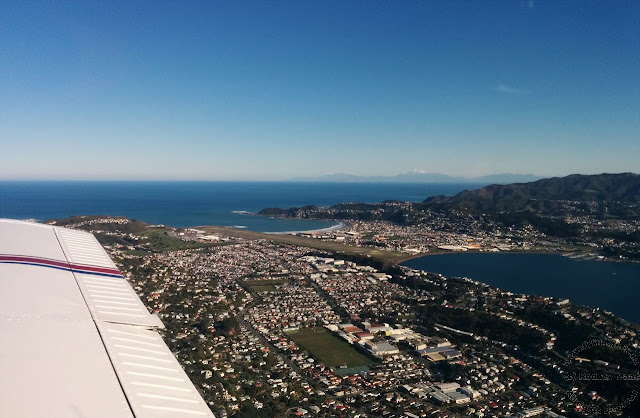 All the pictures and video comes from mum's iPad [who has clearly been practicing, since the photos and video are so good! :-)]. The pictures are as labelled, and the videos are part of the takeoff and the final approach. Enjoy!

Today's pictures start with two Piper's. The first is Piper PA28R-200 Arrow, ZK-DUY, which is operated by Canterbury Aero Club in Christchurch. In the background of this picture is another Piper, a PA38-112 Tomahawk, ZK-WAC, which is part of the Wellington Aero Club fleet.