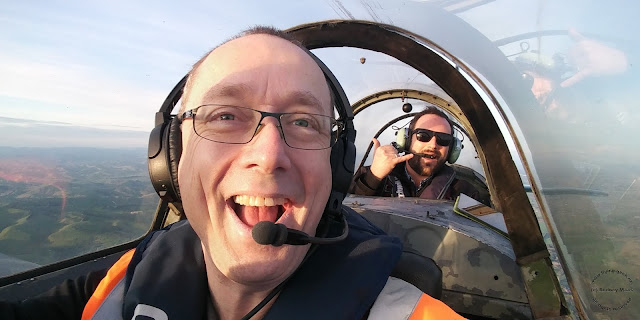 3.7 hours of flying today over 4 flights and I'm still grinning!

The excuse for the flights was to attend the Hawkes Bay & East Coast Aero Club fly in at Hastings aerodrome. A fun event with what looked to be about 30 visiting aircraft from all over the place.

After this, we heaed to Waipukurau for a snack [ok, it was on the way home anyway] then to Masterton for some circuits and a refuel. After this, we came home. I'm tired, but it was a lot of fun!

One particularly interesting aircraft at Hastings was this Staaken Flitzer Z-21a, ZK-FTZ. If you've never heard of this aircraft then you're not alone. Here's the Wikipedia article for it. It appeared to be beautifully made and with a single seat, I imagine an interesting first few flights!

Last up, here's a picture of ZK-MAO in the sunshine in Hastings.

As mentioned a couple of weeks ago, I have bought shares in a company that runs a cool airplane. The company is Wellington Warbirds and the aircraft is a Nanchang CJ6A, ZK-MAO.

The CJ6A was designed as an ab-initio trainer for the Chinese airforce, the PLAAF. the initial flight of the type was in 1958, although MAO was actually built in the mid 1980's. Examples were still being built in the early 2000's - primarily for the export market from what I understand.

Some basic stats - it is powered by a Housai HS6A, 9 cylinder radial engine, which develops 285hp at full power. At normal cruise settings, we're crusiing around 250kph [135 knots] and burning just under 60 litres an hour of fuel. The aircraft has a Constant Speed Unit [CSU], retractable undercarriage and a castering nosewheel [so requires differential braking to turn]. All measurements [power, speed, temps and pressures] except the altimeter are metric. the altimeter was metric but was changed to one measuring in feet for [what I hope are] obvious reasons...! 😀

The CJ6A makes extensive use of pneumatic systems, to start the engine, operate the brakes [via a lever on the stick - no toe brakes here], to raise and lower the undercarriage and the flap. "Flap" is singular, as there is only one of them, underneath and extending both sides of the fuselage.

Anyway, for today's first flight I was in the rear seat. The first task was to learn how to taxi the aircraft [I still feel like a brand new student!], before taking off and heading towards Kapiti for some turns and stalls.

After landing at Paraparaumu aerodrome I received a circuit briefing*, covering all the procedures, power settings and other things I would need to know for Wellington.

After this,  I was able to jump into the front seat. Miraculously perhaps, the engine started easily, and we headed back to Wellington for a session of circuits.

Two flights, 2 hours total time, and I still have a lot to learn, but I am acquiring the famous Nanchang Grin™.

You also could acquire this grin - if you live near Wellington, have a current PPL, at least 100 hours and meet a couple of other basic criteria. Let me know if you are interested in buying a share in this aircraft and we can have a chat!


* hey friends at Kapiti - you may have seen this in a briefing room - thanks for sharing :-)
Posted by Rodney at Saturday, July 27, 2019 No comments:

This post is of a learjet60, ZK-JAK, which I saw at Wellington a week or so ago. It's a nice paint job and I'm sure it would be fun to fly, not that I'll get the chance to... 😃

The aircraft is registered to JAK Air of a Rotorua address.

A look around the Nanchang

Following on from my cockpit photos from last Sunday, today I got to walk through a preflight of the Nanchang. There's a lot to do - it's not quite as simple as the C172 I'm used to flying 😁

While this was happening, I took a few photos. For some reason I did not photograph the engine when we opened up the cowling, but there are plenty of other interesting bits to see. I've also decided that with all the crawling underneath this aircraft, I'm going to need some overalls...

Due to weather, it wasn't suitable for the initial flights today and with other commitments, it'll be a couple of weeks away before I get to fly it.

Anyway, here are the photos. Please do let me know if I've mislabelled anything...

It has been an exciting time today, as I purchased a share in Wellington Warbirds Ltd, owner of Nanchang CJ6A, ZK-MAO!

This is the first time I have been a [part] owner of an aircraft and I think a CJ6A is a good one to start with! Having parted with some money, the next step is to start learning to fly it. Here's hoping for some good weather over the next few months...

Anyway, until I get into it, here are some photos. First up is a file photo of mine from some time ago.


Next up are two cockpit photos - time to get comfortable and start studying where everything is and how to ready the instruments! 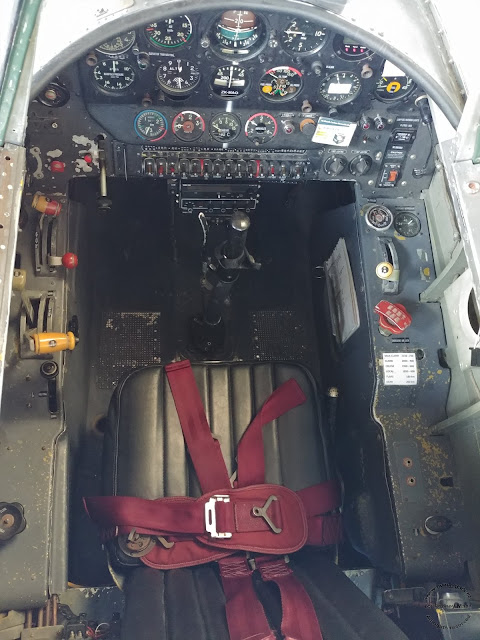 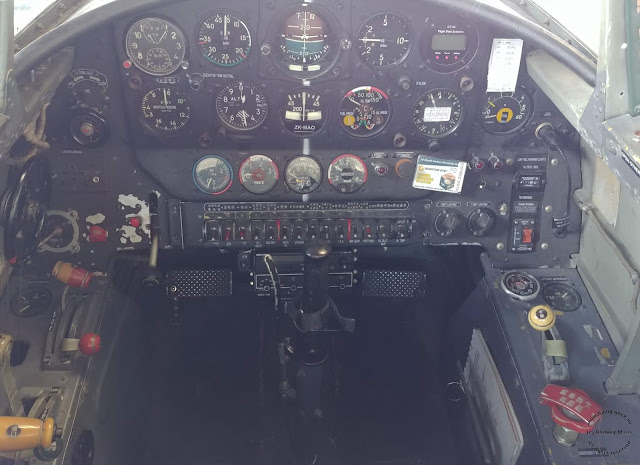