Here is a quick landing video at Rotterdam The Hague airport [EHRD].

As with the previous video, the sound is not great. The landing crunch is fairly accurate though :-)

Here is my takeoff video from London City airport. Apologies for the audio... oh yeah - I was holding, so it's a bit shaky also. :-)

Yesterday I traveled from London City airport to Rotterdam The Hague (EHRD, Netherlands of course). Again it was a British Airways/ BA Cityflyer flight, this time in an Embraer ERJ-170-100STD, G-LCYE. This is a cool little aircraft, and certainly the smallest turbofan aircraft I've ever flown in.

While waiting for the flight I got a number of photos, including a Dassault Falcon 8X, F-WWQA. This aircraft is the first every 8X built, is owned by the manufacturer and was here on a test flight [I'm guessing to certify for steep approaches?]. The first I saw of it, it was overshooting, followed by a landing a few minutes later. Nice!

A type I am very unfamiliar with, and an airline I had not seen before is up next. This is a Donier 328-100, HB-AEO. This is operated by SkyWork Aviation. I have seen a Dornier 328 once before, in 2009 in Salzburg, Austria.

Cityjet is operating this British Aerospace Avro 146-RJ85, EI-RJI, which is operated by Cityjet.

Last up is my ride to Rotterdam, a Bristi Airways/ BA Cityflyer Embraer ERJ-170-100STD, G-LCYE. These are an awesome looking small jet, and reasonably comfortable [although reasonably cramped] for the 45 minute flight.

Scenic flight around the Isle of Man!

While on the Isle of Man... more specifically in the pub in the hotel I was staying at, I met a few locals including some pilots. A short chat later [more specifically, several hours...:-)] and with an instructor from the flying school there, I was offered a change to go for a flight around the Isle of Man with one of the local pilots!

Awesome! I have driven most of the island the previous day, so a couple of days later I headed out to Ronaldsway Airport for a ride with a local PPL holder. It was, of course, a lot of fun. The aircraft was a Reims/ Cessna F150H, G-UFLY.

Fun times! I'll let the pictures speak for themselves. All I'll add is that the Isle of Man is a really nice place, the locals are friendly, and, as always, flying is the best way to see the countryside! BTW - we were airborne just over 35 minutes, so it didn't need to take long either :-)

Still out of order, but getting there!

Here's another post from London City Airport [EGLC]. It is from my first visit to London City prior to heading off to the Isle of Man.

London City could almost be described as "Embraer City" with a number of operators using Embraer ERJ190 and ERJ170 aircraft [particularly the dominant operator, British Airways]. Having said that, there are also DHC8, SF2000, RJ85 and other types operated here, plus a number of business jets.

Anyway, in this post I have some ERJ190's from Alitalia and British Airways/ Cityflyer and another photo of a Stobart Air/ Flybe ATR72 at Ronaldsway [EGNS]. First up though is a picture of the front entrance to London City airport from the previous evening.

Next up are a few of the aircraft at London City. First is an Embraer ERJ-190-100LR, EI-RND, which is operated by Alitalia. This is in the Skyteam alliance livery.

The next few photos are of my ride to Ronaldsway in the Isle of Man. I've I've mentioned in previous posts, the aircraft is a Saab 2000, G-CDKA, which is operated by Eastern Airways in British Airways colours.

The aircraft is getting a bit old... several of the exterior windows appeared to be badly scratched. Oh well :-)

One last picture from the Isle of Man - a Stobart Air/ Flybe operated ATR72-500, EI-REL.

More from Isle of Man to London City

Here's the next post from my Ronaldsway [EGNS], Isle of Man to London City airport [EGLC]. This one actually has some pictures from the flight :-)

First up though are three other aircraft on the airfield. First is an Eastern Airways-operated British Aerospace Jetstream 41, G-MAJC.

Next up is another British Aerospace model, a Swedish-registered BAe ATP, SE-MHD. This is operated by West Air Sweden.


Here is another picture of the Stobart Air-operated ATR-GIE ATR72-600, EI-FMK. This had done a return flight from Ireland between the photo in the previous post and this one.


Next up are a few photos of my ride home. It's a SAAB 2000, G-CDKA, which is operated by Eastern Airways. It's actually quite nice to fly in, albeit quite old and getting worn out. This was the same aircraft as bought me from London City a few days previously.

One small sort-of grip is that despite paying for seating, I have yet to sit in the paid-for seats... the first time I was shifted back towards the rear [looks like centre of gravity issues as more people were in the 3 rows behind me than in the 15 rows in front!]. This second flight I was asked to move to an exit row which was actually quite nice! Much more leg room and the seat still reclined :-)

It seems that British Airways [maybe it's a European thing??] don't like to leave exit rows unoccupied. Hurray for that rule and a plane that was almost two thirds empty! :-)

This last photo is just a teaser :-) More later!

Isle of Man to London City

I'm in the middle of a holiday and here is the first post. These posts will be out of order, but this first one comes from the Isle of Man, as I waited for my ride back to London City.

First up are some pictures from a brief period of spotting before getting to Ronaldsway airport [ICAO code EGNS]. As you'll see, the weather was wet with low cloud, but at least it wasn't windy.

Ronaldsway airport is a reasonable size with a couple of runways, although it is not very busy. Having said that, it is served by a number of airlines, including those shown here.

First up we have the arrival then departure of an Easyjet operated Airbus A319-111, G-EZIP. The first photo was when the weather was as good as it got...

Next up is an ATR-GIE ATR72-500, EI-REL, operated by Stobart Air on behalf of Flybe. Nice paint job!


Another Stobart Air aircraft, this time an ATR72-600, EI-FMK. A rather plain paint job this time...

Last up is my ride home. This is a SAAB 2000, G-CDKA, which is operated by Eastern Airways on behalf of British Airways. More on my rides on this aircraft in a later post.

Without giving too much away for future posts, the Isle of Man is a really nice place to visit, including for aviation buffs. More on this later!
Posted by Rodney at Thursday, April 20, 2017 No comments: 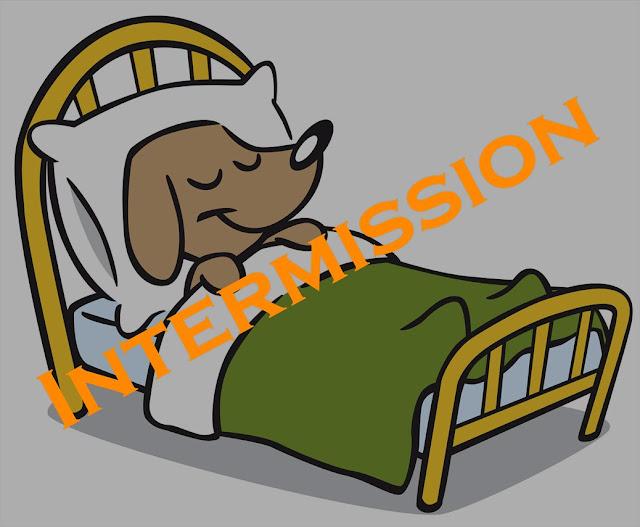 I will be taking a brief break from posting, but I should be back into action in the next couple of weeks with a range of interesting pictures and, maybe, some video!

This picture is of the Singapore Airlines arrival at Wellington on Sunday afternoon. The aircraft is Boeing 777-212/ER, 9V-SQM.

I know it's the smaller version of the B777, but it is the largest aircraft to routinely visit Wellington and it always looks impressive.

The fleet and a visitor today

Today was tidy-up day at the aero club, so the entire fleet [plus other resident aircraft] were outside for a while. Today's first picture is a [rough] panoramic image of the the usual residents of the hanger.


This second picture is a Diamond DA40, ZK-MTK, which is operated by Massey University School of Aviation of Palmerston North.