A wee bit of aviation nostalgia here, with images of an old Air NZ advertising pamphlet, promoting the introduction of their new Boeing 767's, on routes between Wellington and Brisbane, Sydney and Melbourne, starting in September 1986! Several copies of the pamphlet were left at the aero club a week or so ago, so naturally I grabbed one of them.

A couple of interesting notes from the brochure:

From memory, the B767's would have been the first Air New Zealand wide body aircraft with a two-crew cockpit [no longer requiring a flight engineer] and so incredibly advanced for it's age.

I had a couple of flights between Auckland and Melbourne on B767's. The Business Class consisted of recliner seats in those days, which wouldn't even pass for Premium Economy these days. How things have changed!

Anyway, here are the photos. 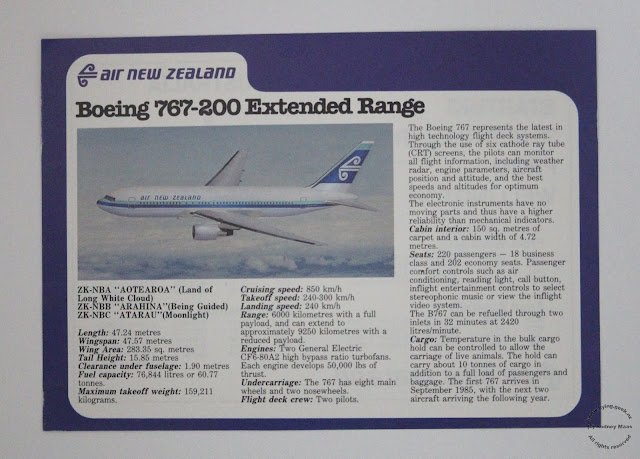 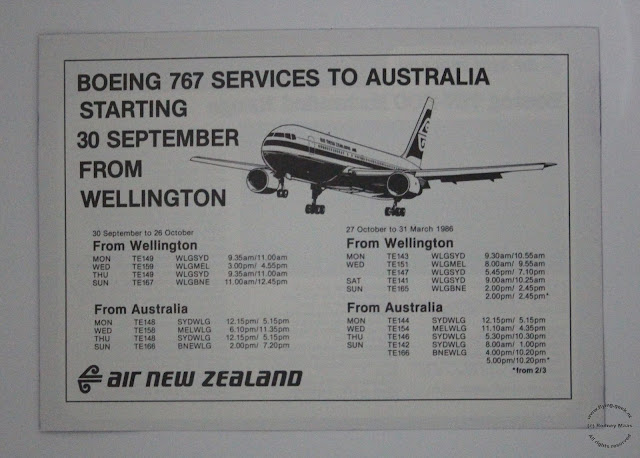 If anyone has any additional details on these flights, that would be appreciated!