One of the most memorable propellor aircraft from the World War 2 period onwards outside of the fighter aircraft, would have to be the Douglas DC3 Dakota. Whether it's dropping paratroopers into occupied France or setting up national airlines [and a myriad of other post-war uses], the DC3 is recognised as having a critical role.
The particular aircraft featured here is painted in an old RNZAF transport paint scheme and also the NAC [National Airways Corporation] titles which recognise that the type was the backbone of the main trunk air routes for many years.
Even in modern times, this particular aircraft has had many "lives". It used to be painted in a camouflage scheme with "invasion stripes", is certified for carriage of fare-paying passengers [it could be considered New Zealand's largest privately owned airliner] and has been known to drop parachutists out the back.
Absolutely stunning. 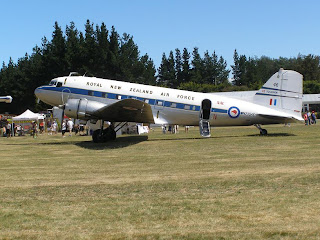 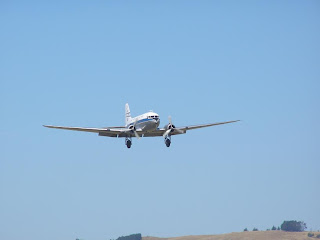 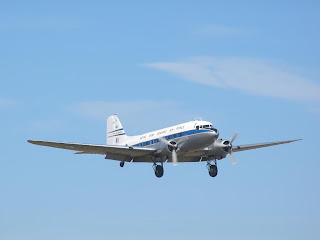 Yeah it was but they are not very nice they push in on the flight line with I'm bigger than you get outa the way very rude.