Next up from today's "sightseeing" are some of the smaller aircraft [in fact, I think these were the very smallest aircraft] I saw operating today. Not surprising really!

Beech B200 King Air, ZK-MYM, operated by Air2There.com. This was operating an Air Ambulance service while the Wellington-based Lifeflight operation gets sorted after Vincent Aviation folded recently. Hopefully some good news on that front in the next week or two.
Beech B200 Super King Air, NZ7121, operated by the Royal New Zealand Air Force [RNZAF]. The two photos show the departure and a later arrival back into Wellington. Odd that the RNZAF is flying around on a Sunday [not unheard of, just a little unusual].
Raytheon [originally Beech] 1900D, ZK-EAP, operated by Eagle Airways [Air NZ].
Cessna 208B, ZK-SAY, operated by Sounds Air.
The slightly smaller Cessna 208, ZK-PDM, also operated by Sounds Air. 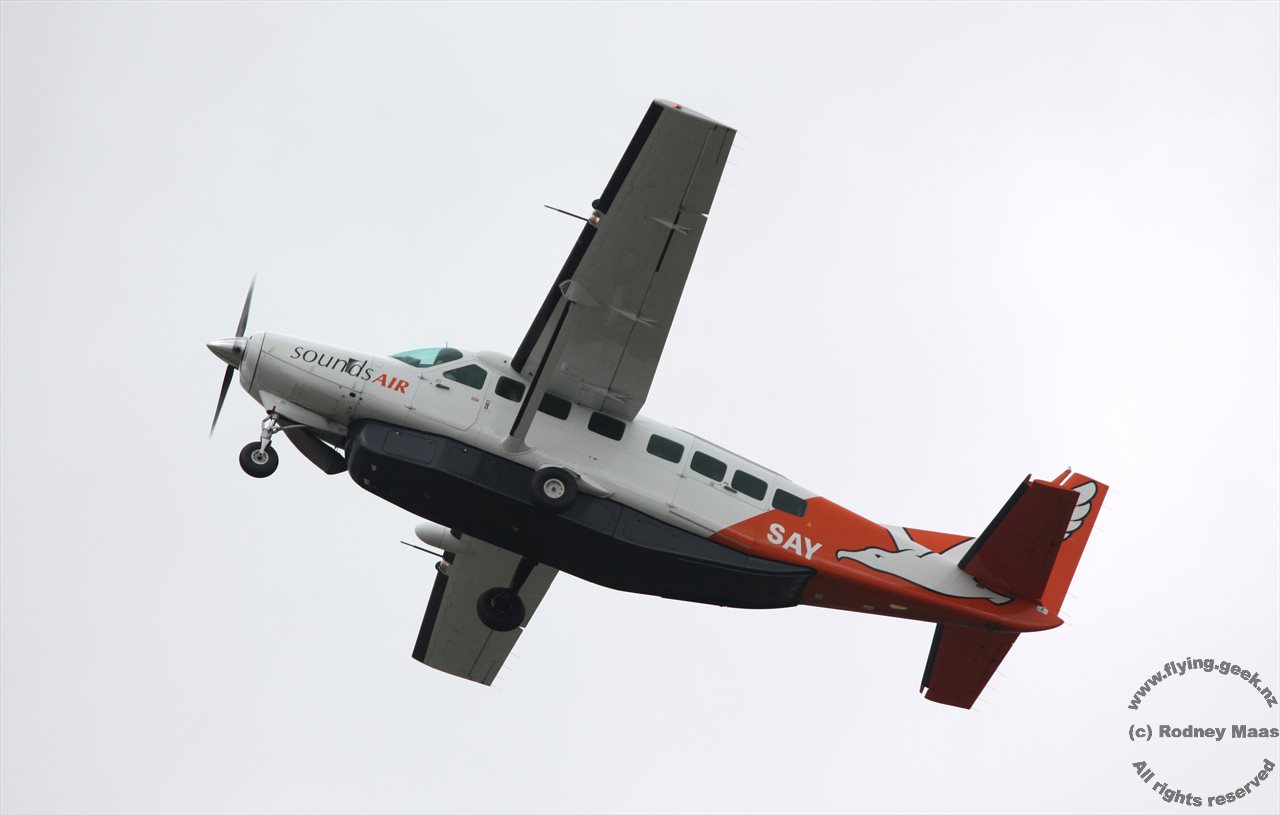