Last night was my first night flight after gaining my night rating. The weather was absolutely perfect with hardly a breeze [variable direction, 2-3 knots most of the time], no cloud and very little other traffic. Just perfect for a newly night rated pilot flying a Cessna 172N :-)

What was even better was that Saturday night was the night of the Wellington Guy Fawkes night public display. I swear I only found that out on Saturday morning :-) but who could resist the temptation? There was a NOTAM covering the display, and we [Amy, Rhys and I] would be flying well clear of the display area.

After takeoff on runway 16 we flew via the harbour to Lower Hutt/ Petone and flew around there for a while [sorry for keeping you awake Glenn B! :-)] and after the display started we came back for a few circuits.

Anyway, here are some photos from Amy and Rhys. It's hard taking photos on cameras at night, but I think they did a good job.

First up is a picture of the departure from Wellington. It was only a few minutes past ECT, so there's still plenty of light around. 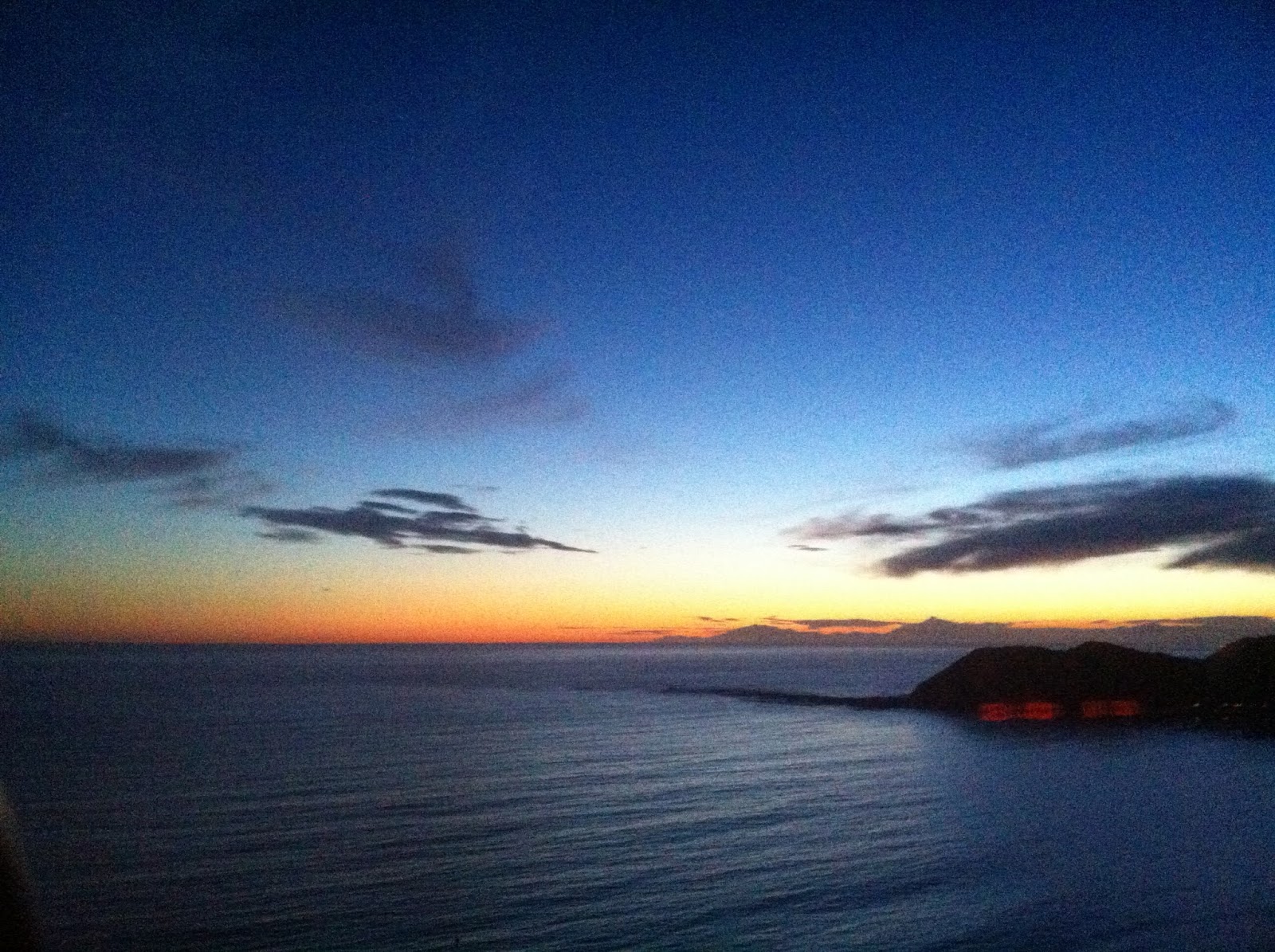 This was what greeted us as we circled over Lower Hutt for 30 minutes or so. What the picture doesn't show are the many small fireworks being let off in backyards all over Lower Hutt and on the beach. It was a great sight from above! 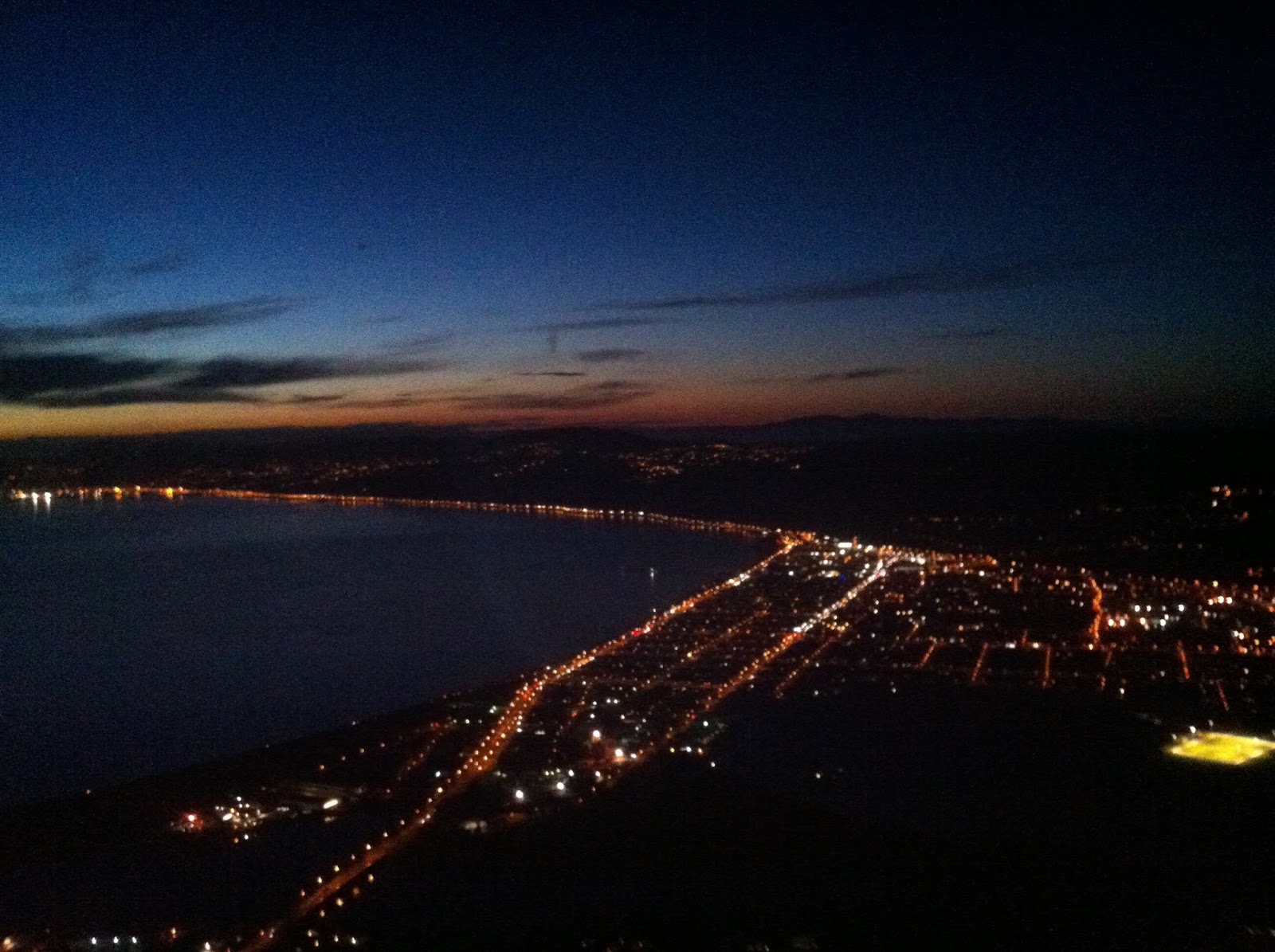 This picture is of Wellington City as seen from Lower Hutt. Before the display, obviously! :-) 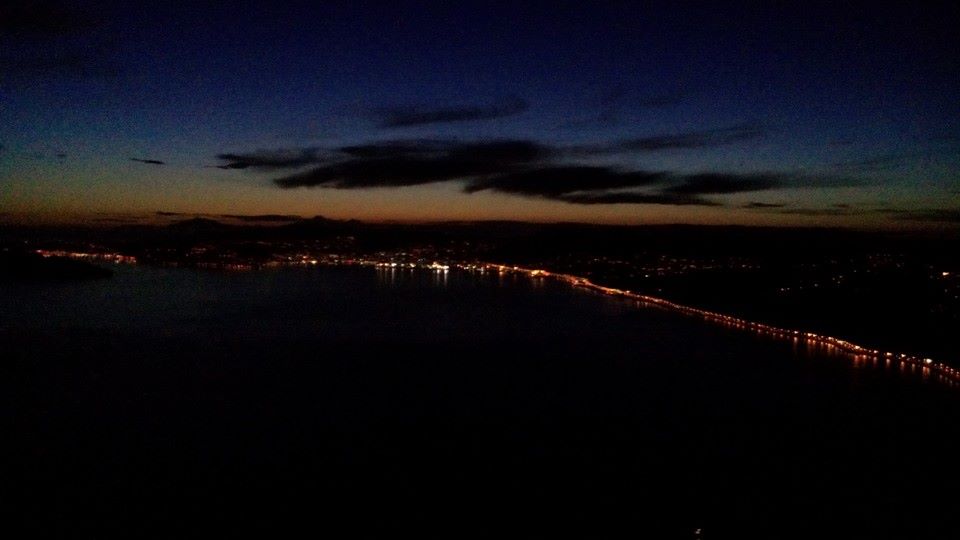 The display has started as we headed back for some circuits. As good as the photos are, they don't really do justice to what we saw, but such is life! There's a reason I think the three of us had the best seat in the house! 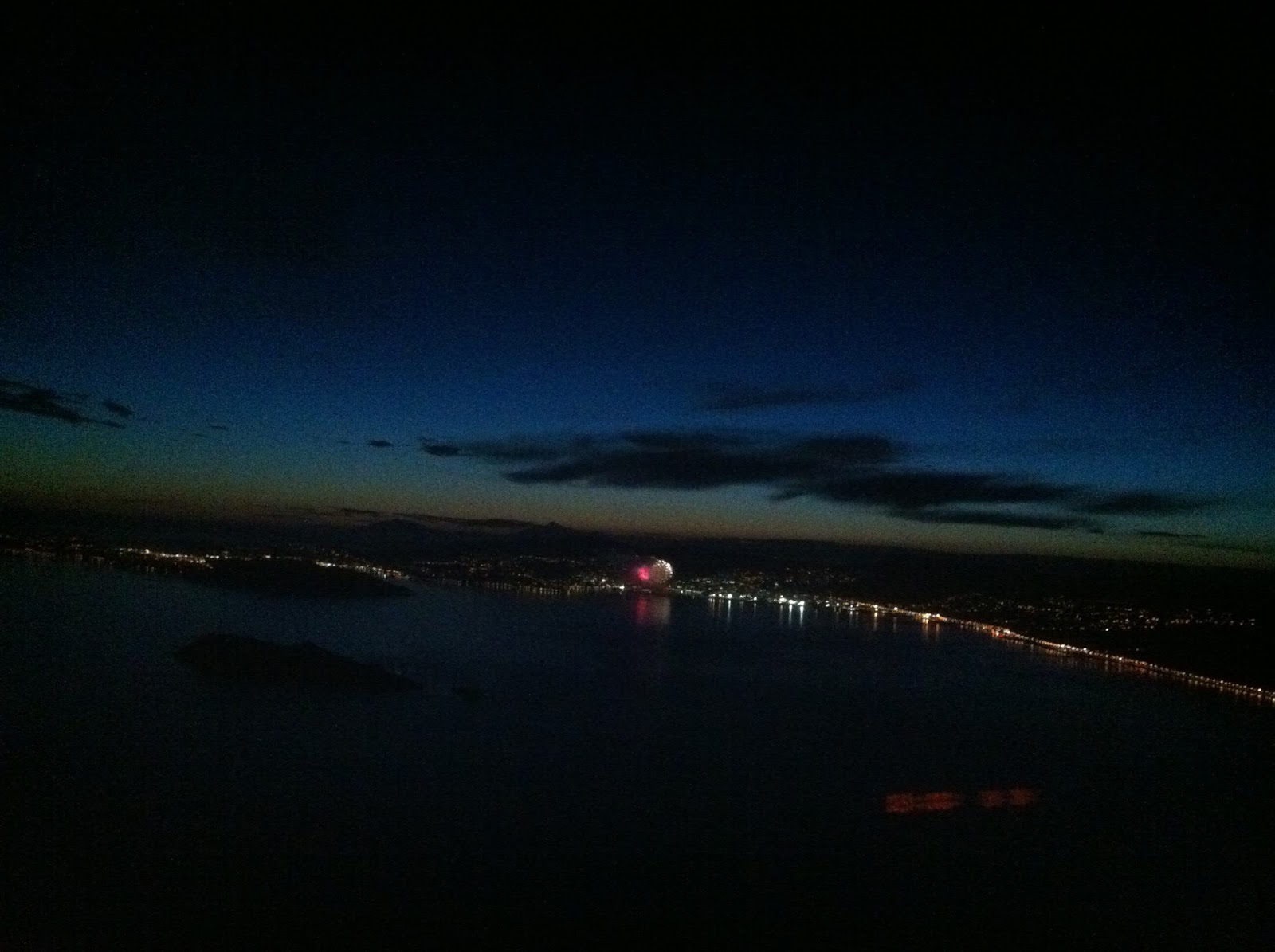 At this point we are left base for runway 16, and the display continues. 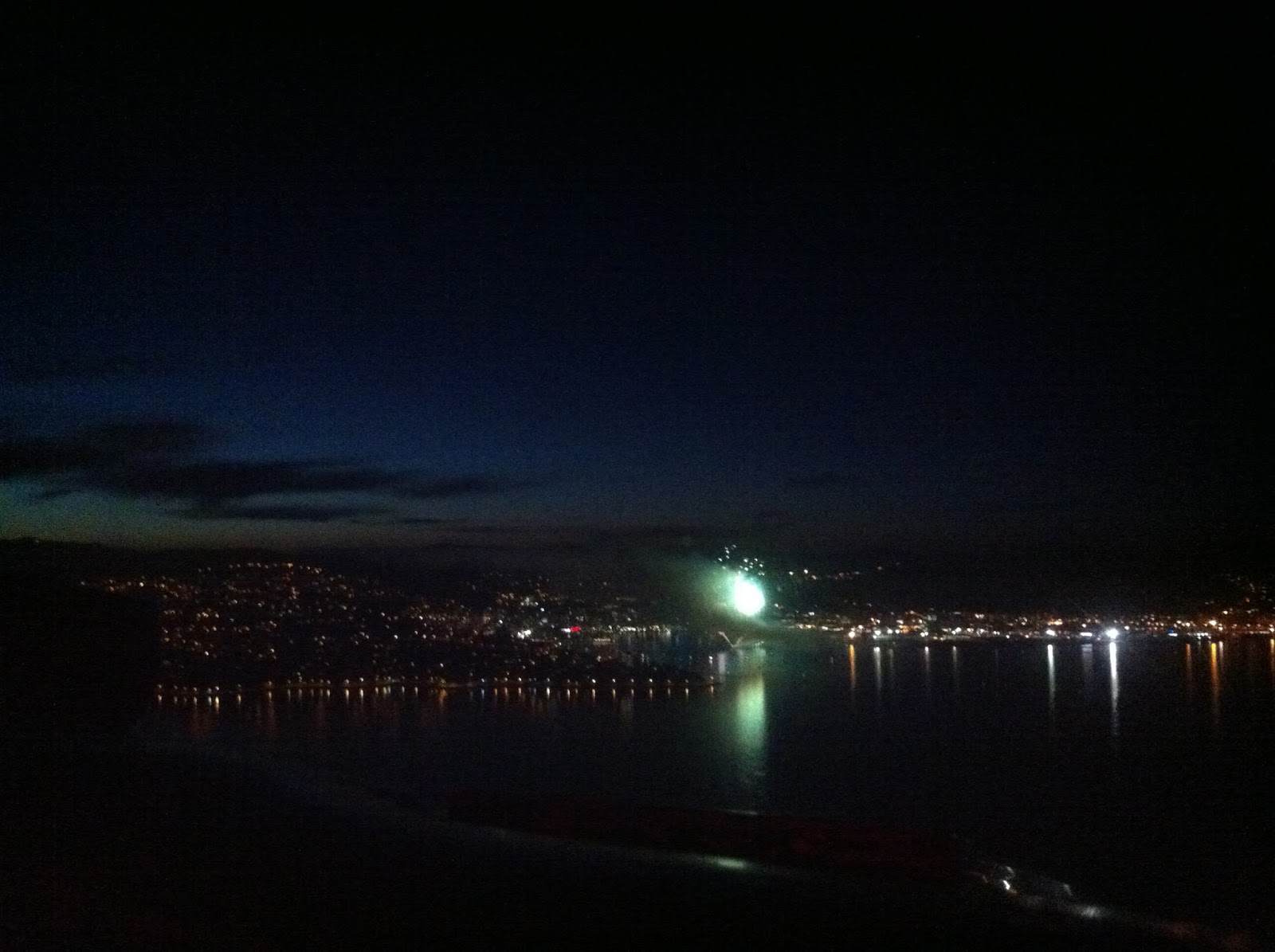 This is one of the best photos we got. Please remember we are using phone cameras, which is why there is nothing too detailed or close up [that and I was keeping my distance!] 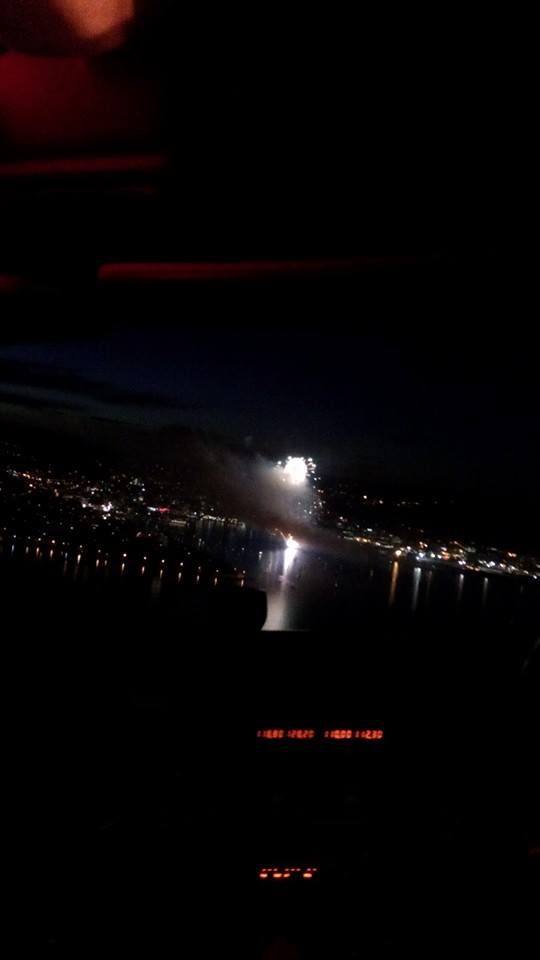 Last, but hardly least, it has been a busy few weeks of flying. The top sticker is from October's strip flying course at Marlborough Aero Club and below that, the all-important night rating sticker! 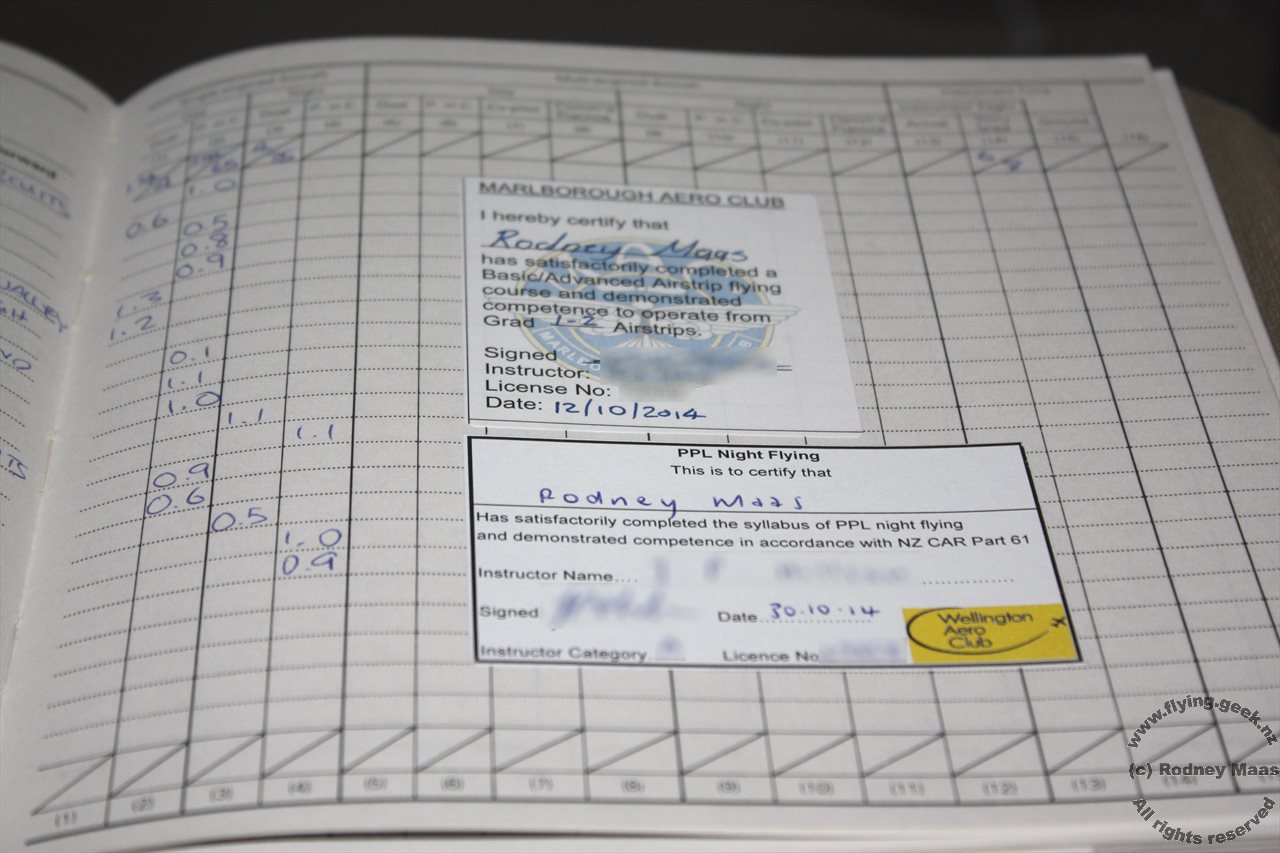 [Many thanks to Rhys and Amy for sharing their photos!]

The display looked great from the waterfront, but must have been spectacular from the air. A good evening to be flying.