Another aircraft at the display not associated with World War One is the De Havilland DH82A Tiger Moth.

The Tiger Moth arrived between the World Wars and trained several generations of military and civilian pilots around the world. The Tiger Moth was used extensively in New Zealand as it was not only operated by the Royal New Zealand Air Force as a pilot trainer, but also in the civilian world; both as a trainer and also to introduce aerial applicaion of agricultural chemicals, such as superphosphate.

I understand that the Tiger Moth was bought into the display at short notice, after the Avro 504K engaged in a bit of "tree hugging" the previous week [engine failure, followed by the pilot climbing down the tree...]. Shame to not see the Avro, but at least the pilot walked away. 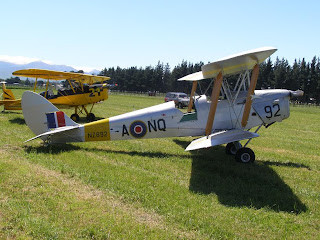 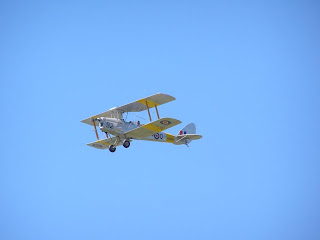 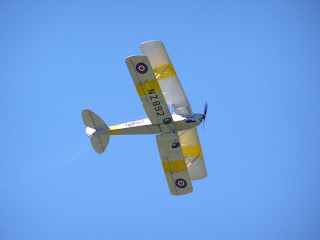