All good things must come to an end, and the Remembrance Day 2008 flying display is no exception.

At the end of a few hours of exciting, even exhilarating, flying displays, we had to come home. We had a good 15 minute walk back to the aircraft [including getting a "big telling off" :-) from some 10-12 year old who didn't like the way we were walking back...], it was time to pre-flight and plan our trip home.

With no briefing facilities available at Masterton and having heard rumours of increasing winds back at Wellington [we had heard that the 2000' wind was up to 40-ish knots - not good in amongst the Wellington hills] I made a quick call to the friendly poeple at Wellington Tower. It only took a quick discussion to realise that the reported weather was not much different to when we left. That was quite a relief as neither of us wanted to have to leave the plane and take a trip back to Wellington in a van [although that was always going to be a viable option if the winds were up].

Before we left, I got the pictures of the Cessna C185A, ZK-CBY, off to throw more "victims" out [earlier in the day I got a few pictures of skydivers], and this Sounds Air Cessna C208 Caravan, ZK-PDM . The Caravan was also due to head back to Wellington with a load of passengers.

We jumped in and headed back. The weather was interesting [to say the least]. We flew pretty much the eastern side of the Wairarapa valley and still picked up a fair amount of mountain wave off the hills. It's an interesting experience to be pointing the aircraft nose down and climb at 500' per minute. It was mildly lumpy all the way back at around 2500'. Based on conversations with the Sounds Air pilot, they had much the same at 4500'.
Turning north-west in Palliser Bay to head towards Wellington, we were indicating around 100 knots [slower than normal due to anticipated turbulence] with a GPS indicated ground speed of about 53 knots... I did wonder what we were in for, especially looking at the water where the wind was picking it up and "throwing" it a considerable distance.

Despite this we only got a couple of large thumps in the Pencarrow sector, and once holding at the Harbour Entrance visual reporting point, it wasn't too bad. Once cleared to continue our approach and then land we received the usual bumps at around 100'-150' followed by things getting very smooth below 100'. The landing was [rather surprisingly] good all things considered.

There ended a great day out. Well worth it, and highly recommended for all when the next one comes up. Thanks to the Vintage Aviator, pilots, the airfield and other operators for making this day possible. 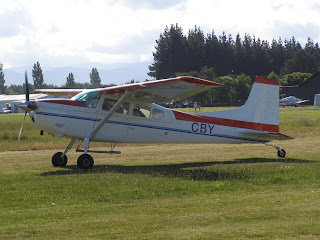 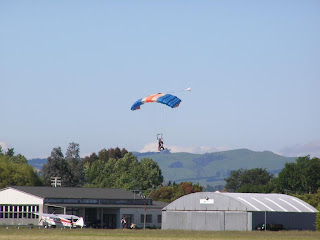 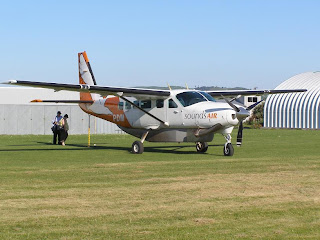 I really enjoyed all the Remembrance Day posts. Especially the bi-planes stuff.. Very rare around here.

Thanks - glad you enjoyed the series. We are very fortunate to have the Vintage Aviator which is a company dedicated to recreating these marvels of the air!