The Nieuport XI was a vitally important French fighter aircraft, credited with ending the aerial dominance of the Fokker Eindecker in the skies above France in World War One. The example shown below is in Italian colours; just one of many countries to fly this type.

Taking a closer look at the aircraft you'll see the amazing attention to detail in this and all the other aircraft in the fleet, from a rotary engine [none of these "modern" piston engines!] to the replica machine gun mounted above the wing. 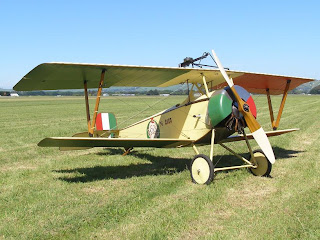 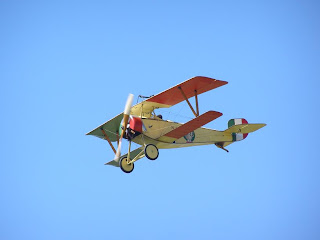 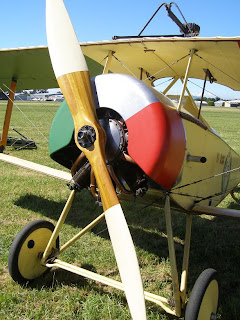